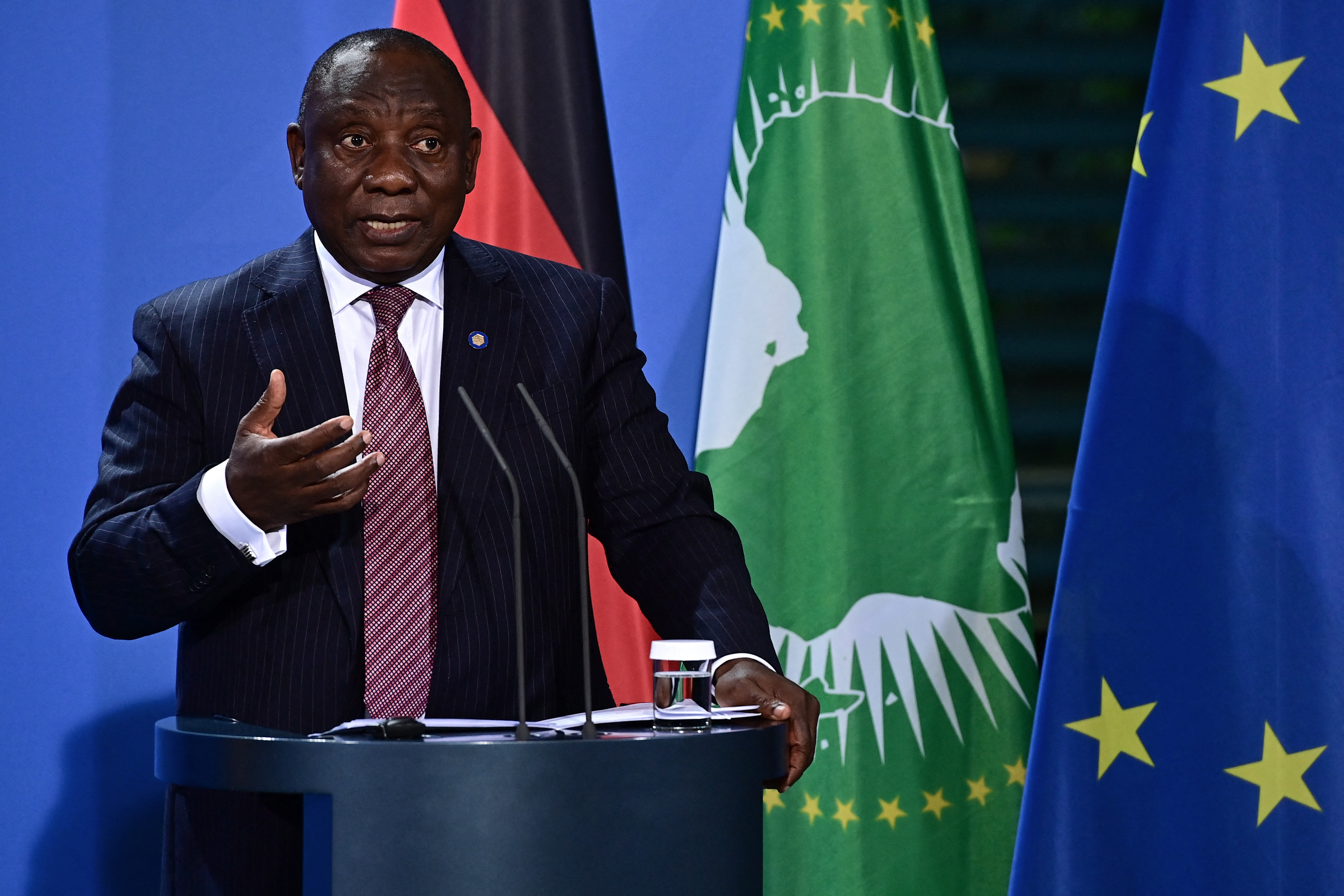 President Cyril Ramaphosa addresses a press conference after the G20 Compact with Africa conference at the Chancellery in Berlin on August 27, 2021.

JOHANNESBURG - President Cyril Ramaphosa has wrapped up his appearance at the G20 Compact with Africa meeting.

He says his delegation raised the challenge of lack of vaccines.

The Africa meeting is part of the G20 Investment Summit taking place in Berlin, Germany.

"We expressed a lot of unhappiness of this inequality that currently exists. We said there needs to be more equality, there needs to be fairness and it is to this end that South Africa and India made a proposal to the World Trade Organisation that there should immediately be a temporary suspension of the intellectual property rights so that vaccine production should be spread to other countries as well."