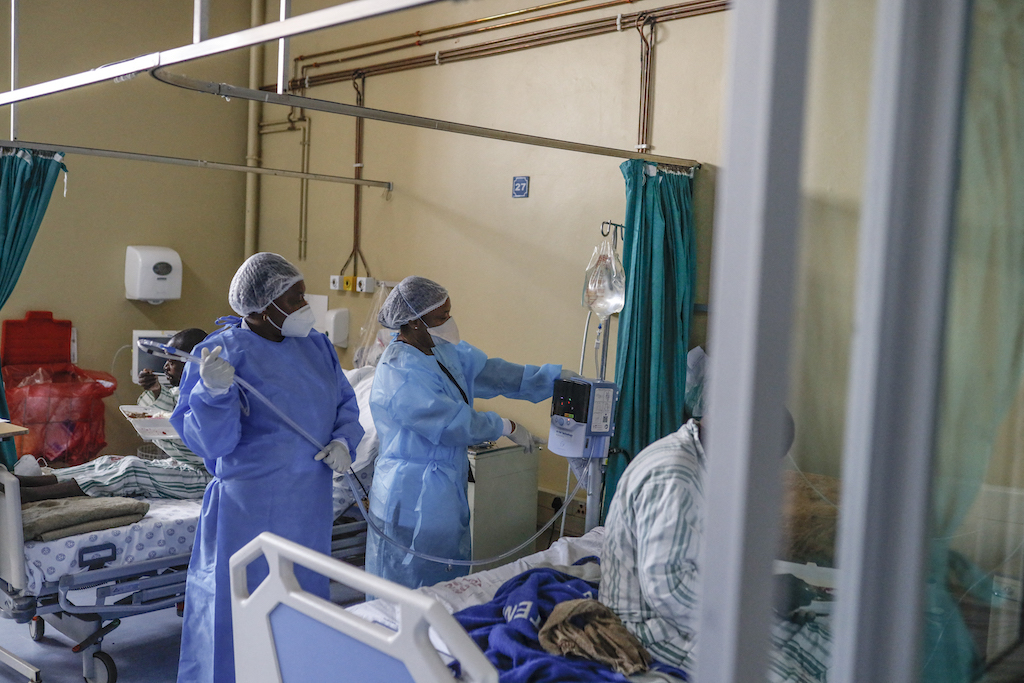 File: Two nurses are seen checking up on a patient. AFP/Guillem Sartorio

JOHANNESBURG - The Department of Health has confirmed that the variant dominant in India has been detected in South Africa.

Of the four people who tested positive, two are in Gauteng and the other two are in KwaZulu-Natal and have a history of a recent arrival from India.

According to the health department, all the cases have been isolated and managed according to the national COVID-19 case management guidelines. Contact tracing is also being conducted.

Of the 11 people who tested positive for the variant first detected in the UK, eight were detected in Western Cape. Of those from the Western Cape, two have a history of travelling from Bahrain.

From the 11, one person was from KwaZulu-Natal and two were detected in Gauteng.