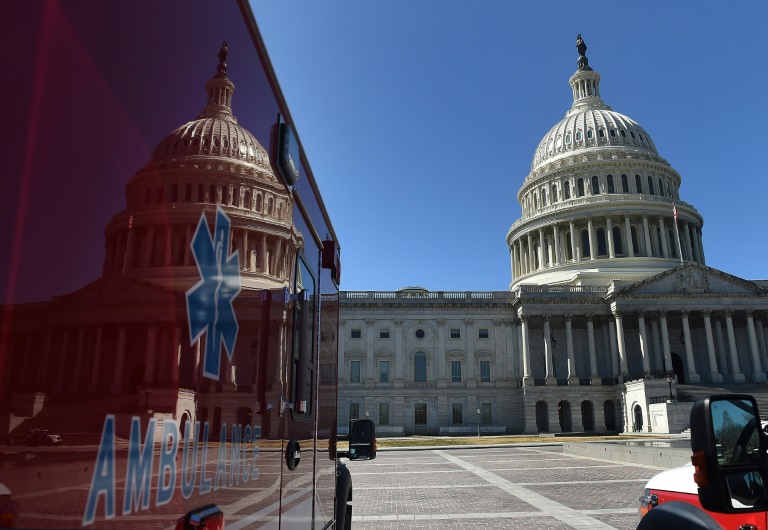 The $1.9 trillion Covid relief package supported by President Joe Biden hangs in the balance in Congress, where a divided Senate has been considering the measure

WASHINGTON - US Democrats reached a compromise late Friday on key elements of President Joe Biden's massive Covid-19 relief package, breaking a logjam and setting the $1.9 trillion stimulus bill on a path towards a final vote.

Negotiations in the evenly divided Senate had frozen the chamber's action for some nine hours, with concern mounting that Democratic unity was fraying and imperiling the huge measure, before the breakthrough.

Votes on more amendments to the bill were set to occur through the night Friday and into Saturday, with a final vote expected some time this weekend.

The breakthrough came against a backdrop of strong US economic data signalling that the world's largest economy may finally be healing.

They included better-than-expected hiring in February as businesses battered by the pandemic began recruiting employees again.

Payrolls jumped by 379,000 last month, which was almost double expectations and pushed the unemployment rate down slightly to 6.2 percent, the Labor Department reported.

The vast majority of the gains were in the leisure and hospitality sector, which was devastated in the pandemic's early months.

Yet the economy was still short 9.5 million jobs compared to February 2020, before the pandemic began, the report said.

Biden said the data underscored the need for lawmakers to approve his plan for nearly $1.9 trillion in aid, and his economic advisers said the current pace of job gains mean it would take two years to recover to pre-pandemic levels.

"We can't go one step forward and two steps backward," Biden said at the White House. "The rescue plan is absolutely essential to turning this around."

But on Friday the whole bill appeared to be under threat.

The Senate impasse was over the amount and duration of supplemental unemployment insurance benefits for people left jobless during the pandemic.

Democrats had struggled to keep moderate Senator Joe Manchin's support for expanded unemployment aid in the measure, and he threatened to side with Republicans who offered a counterproposal that they say would save $128 billion. 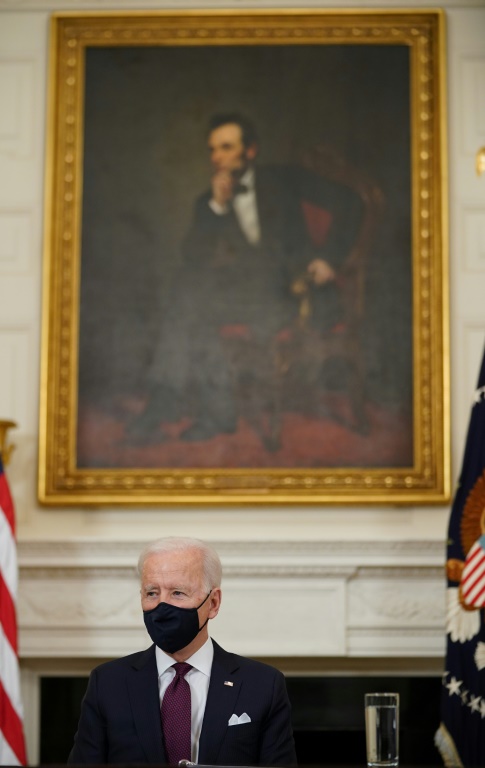 Keen on more fiscal restraint than was evident in the Biden package, Manchin balked at an amendment that would increase weekly additional unemployment benefits from $300 to $400 and extend them through August.

But ultimately he agreed to a compromise that reduced the jobless benefits back to $300 but extended them to September 6.

It also provides for tax breaks of up to $10,200 for those receiving unemployment, but only for families making less than $150,000.

"We have reached a compromise that enables the economy to rebound quickly while also protecting those receiving unemployment benefits" from being hit with unexpected tax bills, Manchin said in a statement.

"Most importantly, this agreement allows us to move forward on the urgently needed American Rescue Plan, with $1,400 relief checks, funding we need to finish the vaccine rollout, open our schools, help those suffering from the pandemic, and more," she said in a statement. 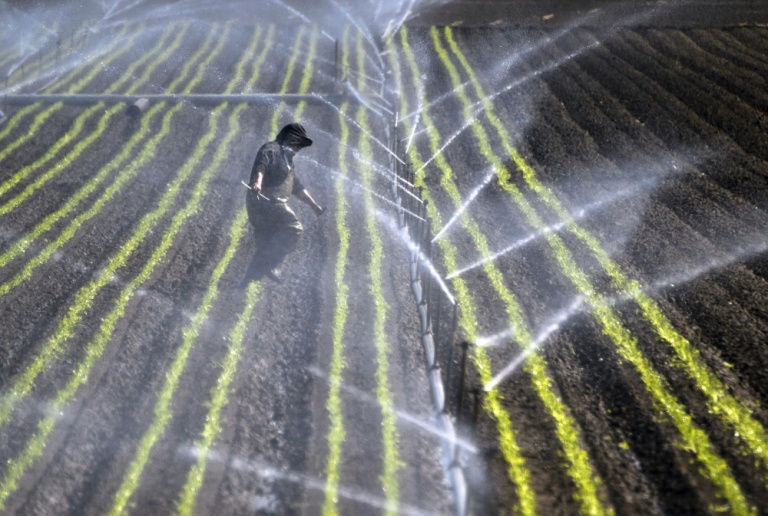 Despite an improvement in the employment situation in February, the United States remains 9.5 million jobs short of where it was before the Covid-19 pandemic began

An effort to include a national minimum wage hike to $15 an hour -- a Biden priority -- failed, however.

Biden's proposal would be the third major stimulus package to help the economy weather the coronavirus crisis.

Republican opponents have argued the latest plan is excessive, since the economy already has begun to recover.

But with the Manchin hurdle overcome, Democratic unity could see the measure across the finish line.

Late Friday the chamber was resuming an endurance test known as a vote-a-rama, which could see dozens of votes on amendments to the bill.

With the Senate split 50-50, Democrats seeking guaranteed passage can afford no defections. In the event of a tie, Vice President Kamala Harris would cast the deciding vote.

US unemployment was at a record low before the pandemic began but spiked to 14.7 percent last April after Covid restrictions were imposed.

Joblessness has since declined, but at an increasingly slow pace.

The sentiment after the February report was much more upbeat, with Gregory Daco of Oxford Economics calling it "an early blossom for employment."

But outside the strong hiring by restaurants and bars, other sectors saw smaller gains, with temporary health services adding 53,000 jobs and health care and social assistance adding 46,000.

Some industries saw further job losses, including education and construction. 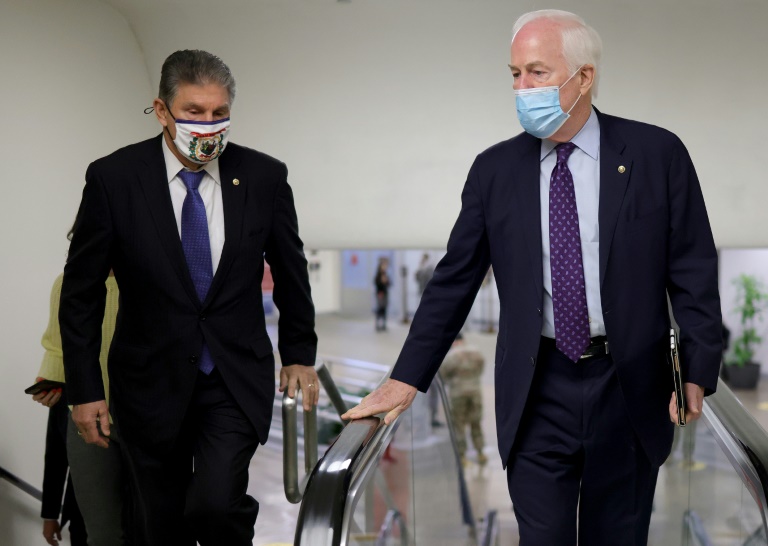 US Senator Joe Manchin, the most conservative Democrat in the chamber, threatened to sink a jobless benefits element of the Covid rescue plan over its high cost, but agreed to a compromise

The report did little to change the dynamic in the Senate, where Democratic leader Chuck Schumer continued to press for passage of Biden's proposal, arguing the economy remained in the doldrums.

"If you just look at a big number, you say, everything is getting a little better," he said Friday. But "it's not for the lower half of America."

But Republican minority leader Mitch McConnell decried the bill as "a parade of left-wing projects" and said "our country's already set for a roaring recovery."

By Chris Stein And Michael Mathes