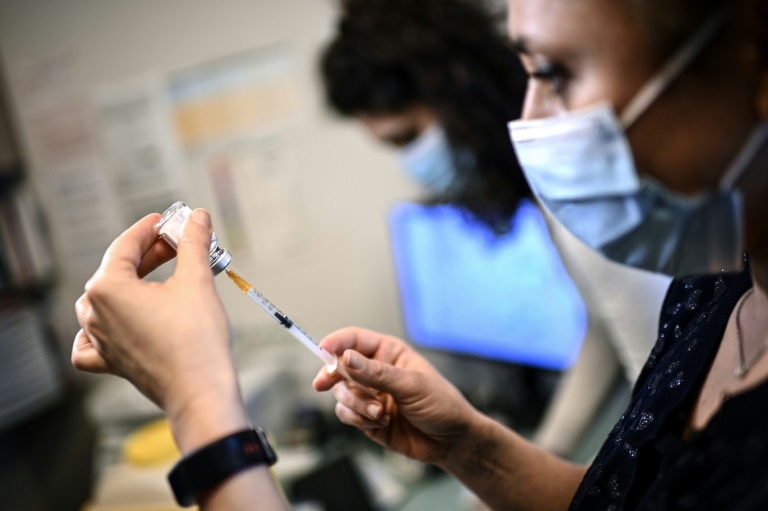 Getting more popular, or at least less unpopular

PARIS - Willingness to get a Covid-19 vaccine is on the rise compared to last year, a survey of six industrialised countries published on Monday showed.

More people in the United Kingdom, the United States and even vaccine-sceptical France now accept the idea of getting a coronavirus jab, KekstCNC, an international consultancy, said in the survey conducted in February.

READ: Intellectual property and COVID-19 medicines: why a WTO waiver may not be enough

The survey also covered Germany, Japan and Sweden where a similar trend was clear, it said.

"As vaccine rollouts commence, higher numbers of people in all countries say they would take the vaccine," the study said.

The highest percentage was found in the UK with 89 percent of those questioned in favour of taking a vaccine, up from 70 percent in December.

France was the country in the study with the least enthusiasm at 59 percent, but favourable opinions about vaccines were still sharply up from the 40 percent level seen in December.

Some people were, meanwhile, highly critical of the vaccine rollout in their country.

READ: COVID-19 holds lessons for the future of social protection

While 76 percent of Britons surveyed felt their government had gotten the rollout speed "about right", that percentage fell to 32 percent in the US, 28 percent in Germany and Japan, 22 in France and only 20 percent in Sweden.

People in the six countries judged that Israel and Britain had done the world's best jobs with their vaccine rollout.

The novel coronavirus has killed at least 2,526,075 people since it emerged in China in December 2019, according to an AFP tally compiled from official sources on Sunday.

The United States is the worst-affected country with 511,998 deaths.