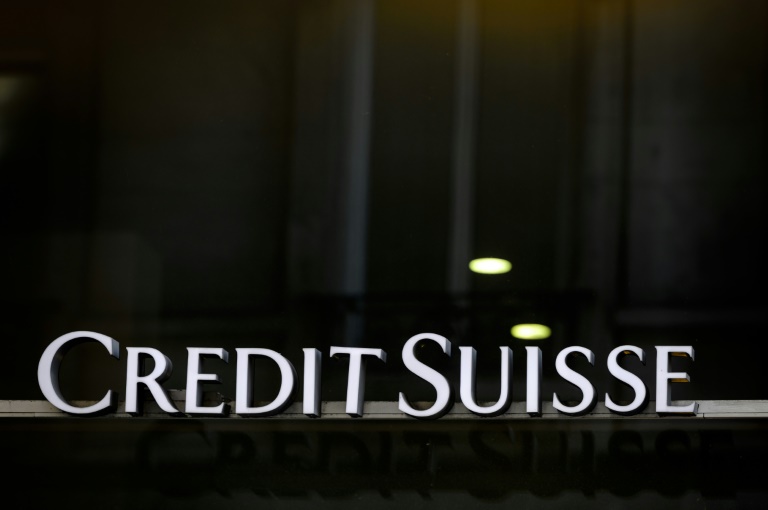 Credit Suisse has been rocked by the bankruptcies of British financial firm Greensill and US hedge fund Archegos. AFP/Fabrice Coffrini

The bank, which had recorded a net profit of 1.3 billion francs a year earlier, had reported a charge of 4.4 billion Swiss francs to cover the damage related to Archegos.

It said it expects additional losses of 600 million francs on this fund in the second quarter.

Switzerland's second-largest bank was heavily invested in Greensill, a firm specialised in short-term corporate loans via a complex and opaque business model, and was forced to suspend four funds after the firm declared insolvency last month.

The Wall Street Journal reported late Wednesday that Credit Suisse racked up more than $20-billion in exposure to Archegos-related investments, and the Swiss bank's executives were only told days before the US hedge fund's implosion.

"Our results for the first quarter of 2021 have been significantly impacted by a CHF 4.4 bn charge related to a US-based hedge fund," CEO Thomas Gottstein said in Thursday's statement.

"The loss we report this quarter, because of this matter, is unacceptable."

But he said "we have taken significant steps to address this situation as well as the supply chain finance funds matter."