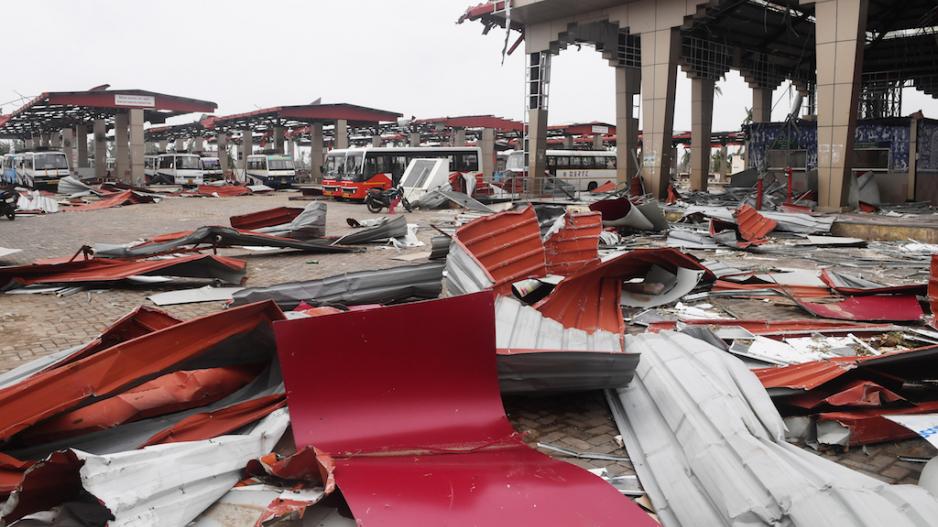 Cyclone Fani tore into Odisha, leaving a trail of devastation across the coastal state of 46 million people before swinging towards Bangladesh.

NEW DELHI - The death toll from a cyclone that battered India and Bangladesh rose to 42 on Sunday as emergency teams raced to fix water supplies and roads devastated by the storm.

Twenty-nine of the dead were in eastern India's Odisha state and 13 in Bangladesh, officials in the two countries said -- a fraction of the casualty numbers seen in past cyclones.

Cyclone Fani barrelled into Odisha on Friday, packing winds up to 200 kilometres an hour before losing intensity as it headed towards Bangladesh.

"We are trying to confirm the identity of the victims but since communication lines have been hit, it is taking time," Sethi told AFP.

Thousands of trees and mobile phone towers were uprooted and roofs were torn off by the storm. Many homes have now gone three days without power.

Odisha state Chief Minister Naveen Patnaik has announced cash and rice handouts for victims in need. He said cooked food would be supplied to some communities for 15 days.

Fani was the first summer cyclone to hit India's Bay of Bengal coast in 43 years and only the third in the past 150 years, the chief minister said. Normally the storms hit around October and November.

India has earned praise from the UN and other experts for the speedy evacuation of 1.2 million people in the powerful storm's path and minimising the loss of life.