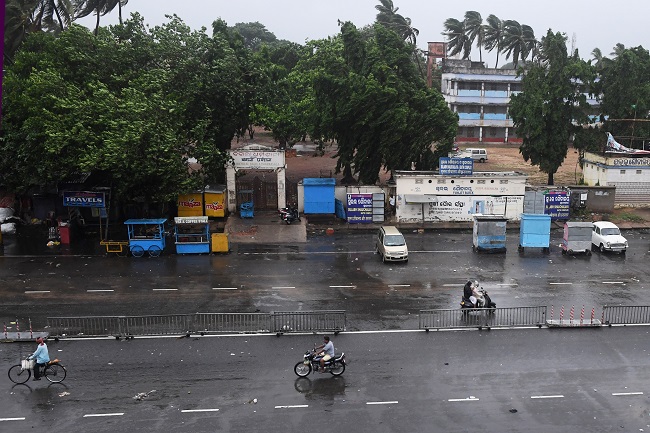 Indian commuters navigate down a nearly deserted road in Puri in the eastern Indian state of Odisha early on May 3, 2019, as Cyclone Fani approaches the Indian coastline.

INDIA - Cyclone Fani, one of the biggest storms to come off the Indian Ocean in recent years, made landfall in eastern India on Friday, India's Meteorological Department said.

"We recorded speeds up to 175-180 kilometres (110 miles) per hour around one and a half hours back," H.R Biswas, IMD Director in Odisha state capital Bhubaneswar, told AFP.

Forecasters have said that Fani would pack sustained wind speeds of 180-190 kph and gusts up to 200 kph, equivalent in strength to a Category 3 to 4 hurricane.

In recent days authorities in Odisha have rushed to evacuate more than a million people to shelters ahead of the cyclone's arrival.

Forecasters have also said a storm surge of about 1.5 metres (five feet) could hit, flooding low-lying areas such as Odisha where in 1999 10,000 people were killed by a cyclone.

Hundreds of thousands more in West Bengal state have also been given evacuation orders. Special teams went through holiday villages urging tourists to move to safety.

The NDRF teams were trying to remove the fallen trees and branches to ensure they don't become projectiles if the winds intensify.