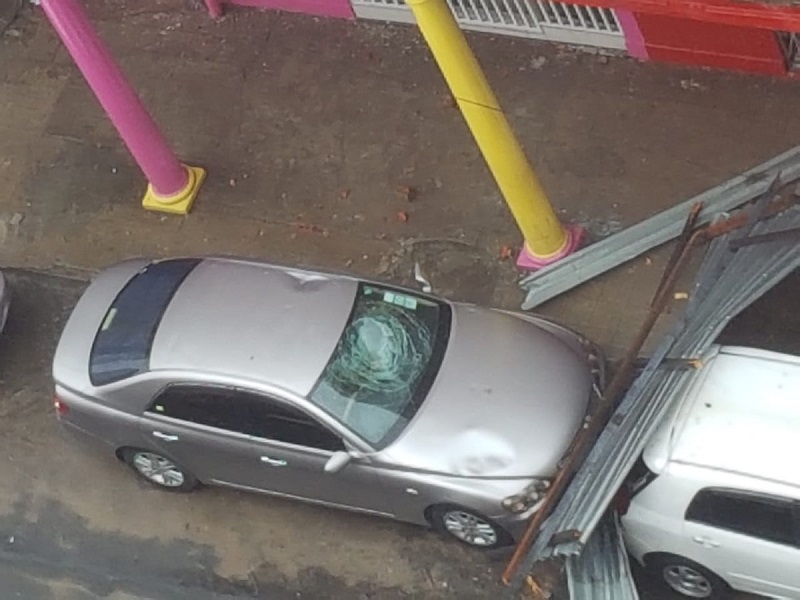 Surrounding areas of central Mozambique were hit by Cyclone Idia on Friday.

MAPUTO - Tropical cyclone Idai battered Mozambique's coastal city of Beira leaving its 530,000 residents cut off from the outside world on Friday after power cables were downed and communications severed.

"There is no communication with Beira. Houses and trees were destroyed and pylons downed," an official at the National Institute of Disaster Management told AFP.

"There was no tsunami-type storm but Beira and Chinde (400 kilometres, 250 miles northeast of Beira on the coast) were badly hit."

Another official, Pedro Armando Alberto Virgula, in Chinde, said a hospital and seven schools there lost their roofs and four houses were destroyed.

Virgula added that efforts were ongoing to assess the damage caused after Idai made landfall late on Thursday.

The United Nations Office for the Coordination of Humanitarian Affairs had warned that the storm could bring winds of up to 190 kilometres per hour (118 miles per hour).

At least 126 people have been killed in Mozambique, Malawi and South Africa as heavy rains hit the region over the past week, affecting more than one million people, officials said.

Late on Wednesday, Mozambique's national carrier LAM said it was cancelling all flights to Beira and Quelimane, which is also on the coast, as well as to Chomoio, which is inland.

But many passengers were unaware of the cancellations, leaving hundreds stranded at Maputo International Airport.

South African charity Gift of the Givers previously warned of "substantial devastation with massive flooding both from river and sea" when Idai made landfall.

The group has said it was ready to deploy 70 staff, along with 4x4 vehicles, boats, and jetskis to help with rescue efforts.