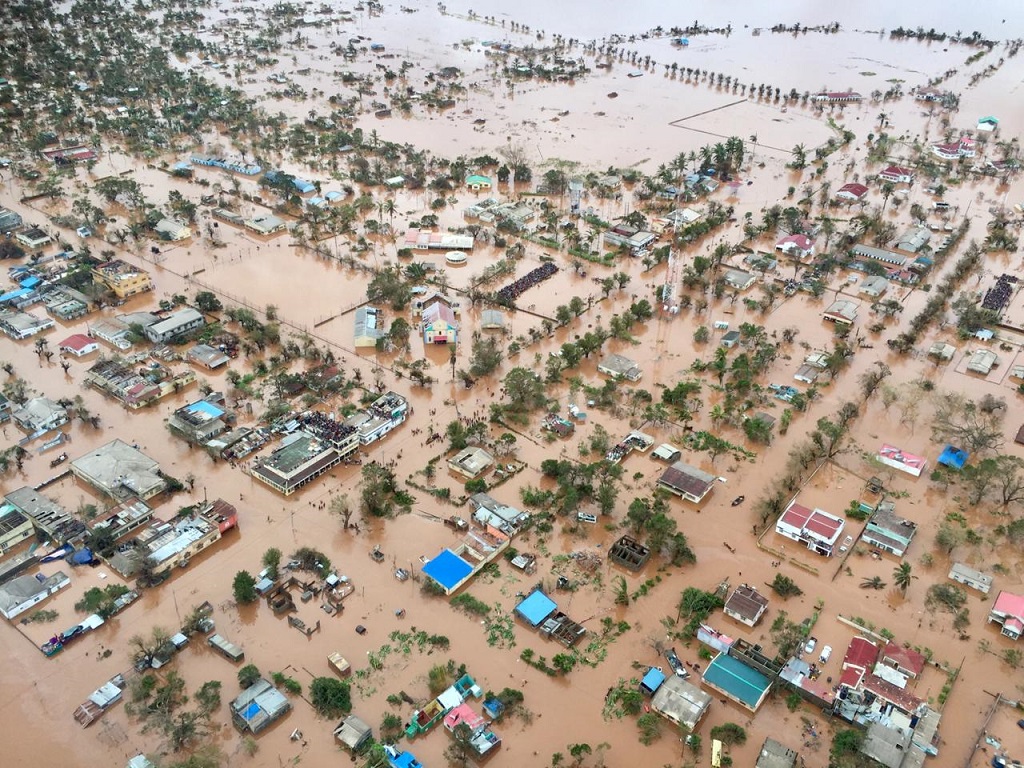 An aerial picture taken by the South African Rescue Team while flying over the Buzi district in Mozambique. Thousands were clinging to trees or trying to stay afloat by climbing onto roofs. Hundreds were feared dead.

MAPUTO - Cyclone Idai which cut a deadly swathe through Malawi, Mozambique and Zimbabwe last month, is expected to cost the three countries more than $2-billion, the World Bank said.

"(E)arly estimates point to over $2-billion in recovery costs for the infrastructure and livelihood impacts," it said in a statement issued after a meeting in Washington.

"To date, about three million people have been affected, with near total damage in the worst affected areas," it said.

Idai slammed into the Mozambican port city of Beira on March 14 then continued a deadly path westward towards Zimbabwe.

In Mozambique alone, more than 600 people died among the 1.5 million affected. About 344 have been killed in Zimbabwe.

Southern Malawi was also drowned in heavy rainfall in an earlier phase of the storm, killing 59.

The lender said the cyclone had damaged the infrastructure corridor connecting the Mozambican port of Beira with Malawi, Zambia and Zimbabwe,"disrupting regional trade and supplies of fuel, wheat and other goods."

The UN has appealed for donations of $282-million to fund emergency assistance for the next three months.

The World Bank called for "global collaboration" as recovery and reconstruction gets underway for poor and vulnerable populations "in the face of climate and disaster risk."