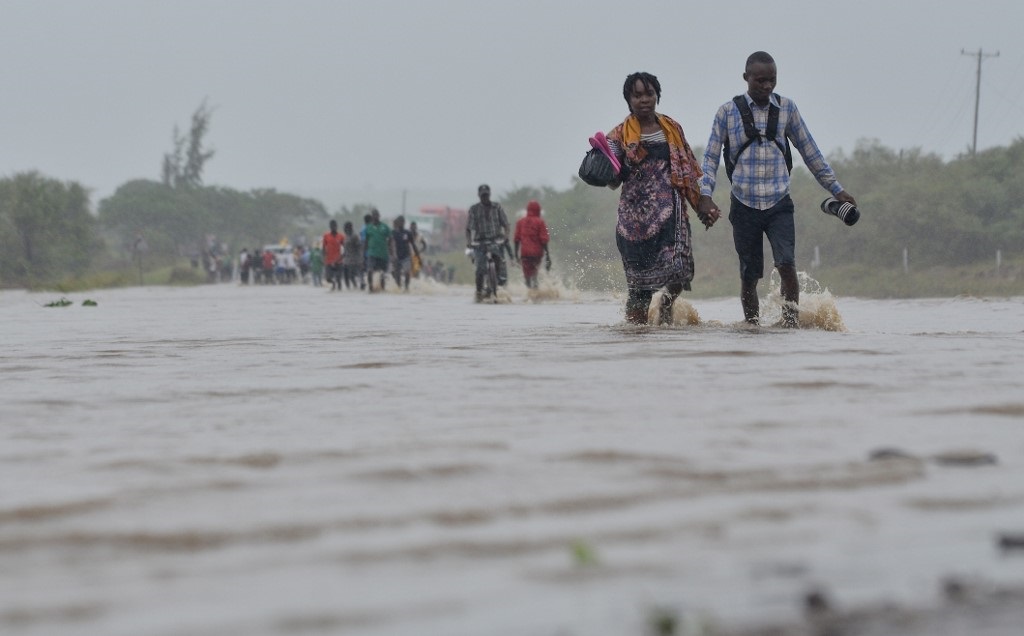 Residents brave the floods in Mazive, southern Mozambique, on April 28, 2019.

Roads have been washed away, fields submerged and many buildings wrecked by the storm, which came weeks after Cyclone Idai hit the Mozambican city of Beira, 1,000 kilometres to the south.

Cyclone Kenneth made landfall late on Thursday in Cabo Delgado province, packing wind gusts of up to 220 kilometres per hour.

The UN Office for the Coordination of Humanitarian Affairs (OCHA) described it as the strongest cyclone to ever lash the continent and predicted further heavy rain over the coming days.

"Cyclone Kenneth made landfall at the end of the rainy season, when river levels were already high, increasing the risk of river flooding," the UN agency said in its latest update.

"Humanitarian needs in Mozambique have sky-rocketed, and the humanitarian response will need to rapidly scale-up."

According to figures provided by the Mozambique authorities to NGOs, around 200,000 people in Pemba city, the capital of Cabo Delgado, are in danger.

According to a preliminary toll from the National Institute of Disaster Management (INGC), 38 people have died, 39 have been injured, more than 23,000 people are without shelter and nearly 35,000 homes have been either partly or completely destroyed.