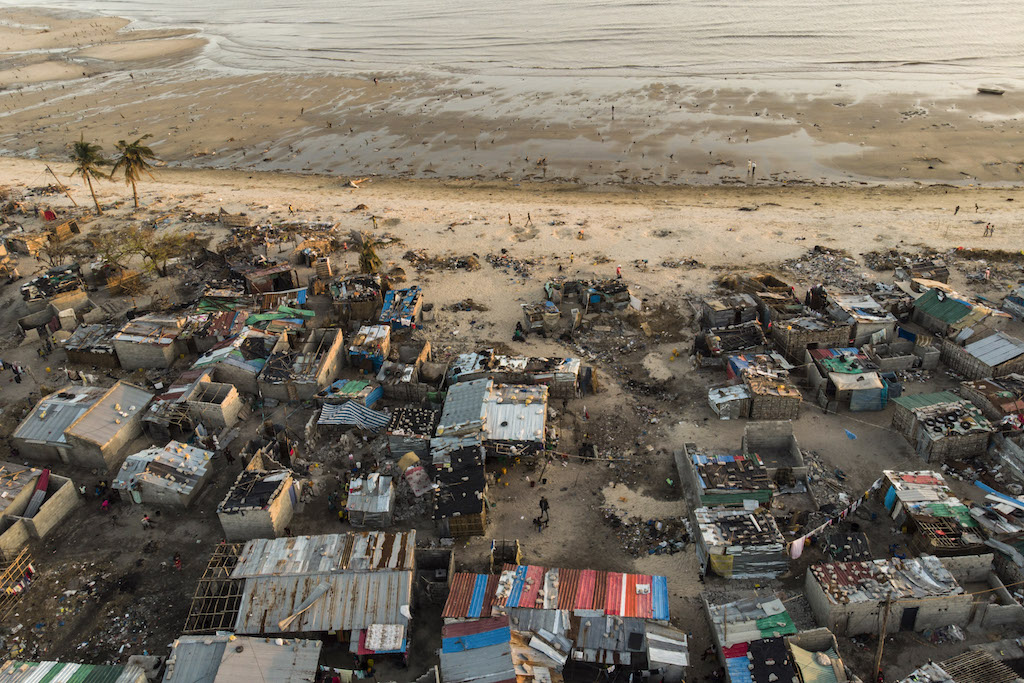 File: Debris and destroyed buildings which stood in the path of Cyclone Idai can be seen in this aerial photograph over the Praia Nova neighbourhood in Beira.

MAPUTO - A tropical system off Mozambique threatens to unleash a cyclone on the northern Cabo Delgado province just weeks after the country's central parts were ravaged by a powerful storm, meteorologists warned.

The poor southern African country is still reeling from the impact of deadly Cyclone Idai -- the most powerful storm to hit the region in recent decades -- which left about 1,000 dead in Mozambique and Zimbabwe.

The storm is forecast to make landfall late this week in Cabo Delgado province, reeling from violence at the hands of Islamists who have been terrorising villagers in remote communities for the past 18 months.

"The (weather) system we are talking about was a low pressure and today evolved into tropical depression," Aniceto Tembe, spokesman for the Mozambique Meteorology Institute told AFP in the capital Maputo.

The depression was north of Madagascar island Tuesday, approaching the Mozambique Channel where warm conditions are conducive for it to grow into a cyclone.

"We are projecting that a severe tropical cyclone may arrive and if the conditions allow it can even reach Category 3 tropical cyclone" strength -- with winds of between 140 and 160 kilometres per hour, he added.

"The projections indicate that the system will approach the coast of Mozambique... mainly the northern part of Cabo Delgado and the southern part of Tanzania," Tembe told AFP.

In a statement on Monday, the public works ministry issued a warning of strong winds and heavy rains that could cause flooding and destruction of property in the province of Cabo Delgado and its southern neighbouring province of Nampula.

The centre for disaster management issued a warning Tuesday of a tropical storm with wind speeds of between 80 and 120 kilometres per hour, expected to make landfall on Friday in the gas-rich district of Palma, the nerve centre of Mozambique's nascent gas industry.

Last month Cyclone Idai cut a path of destruction through Mozambique, Malawi and Zimbabwe on the night of March 14-15, causing damage worth about $2-billion, according to the World Bank.

In Mozambique alone, more than 600 people died among the 1.85 million affected, while over 340 died in Zimbabwe.