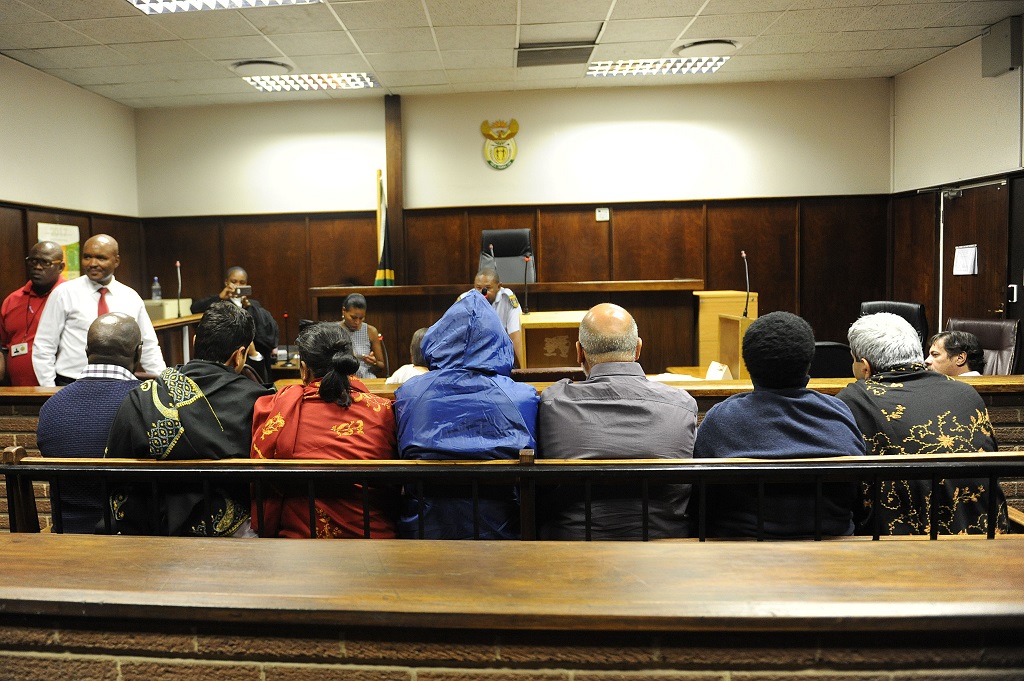 Seven of the eight subjects who appeared in the Bloemfontein Magistrate's Court on corruption charges.

JOHANNESBURG - The Democratic Alliance (DA) says "it takes note" of the decision by the National Prosecuting Authority (NPA) to provisionally withdraw the case against the accused in the Estina fraud case, but the opposition party says the reasons provided are "flimsy at best, and wholly unconvincing".

Responding to Wednesday reports that the R250 million Estina dairy fraud matter would be provisionally withdrawn, the DA said it would take it up with the acting National Director of Public Prosecutions Dr Silas Ramaite.

The matter was due back in court next week, but the NPA has indicated it will provisionally withdraw the R250 million fraud matter because it has not been able to complete its investigations.

Indications are that the charges will be dropped on Tuesday when the accused appear in the Bloemfontein Magistrate's Court.

The move has drawn criticism from the DA which blamed the lack of skills for the NPA's failure to conclude its investigations.

"The NPA has no forensic accounting capacity, and never has had," said Glynnis Breytenbach, the DA member of parliament who shadows the justice minister.

Breytenbach, a former NPA senior prosecutor, added: "This function has always been outsourced to private companies, by the SAPS [SA Police Service]. This is a function of SAPS. State capture is a crime committed against the people of South Africa.

"The Estina matter is a particularly good example of the impact that this phenomenon has on the most vulnerable members of our society.

"The Gupta family and their associates still in the ANC parliamentary benches, in this instance, literally stole from the poor to give to the rich and line the pockets of those politically connected to the ANC.

"Allowing those implicated to get away with this will be an even greater crime. It will send out the message that South Africa is a country in which there is no accountability for the powerful and connected political elite and no redress for those without the financial muscle to litigate alone."