The DA has taken a lead in the Western Cape province.

They have received just over 50 percent of votes counted in the province so far. 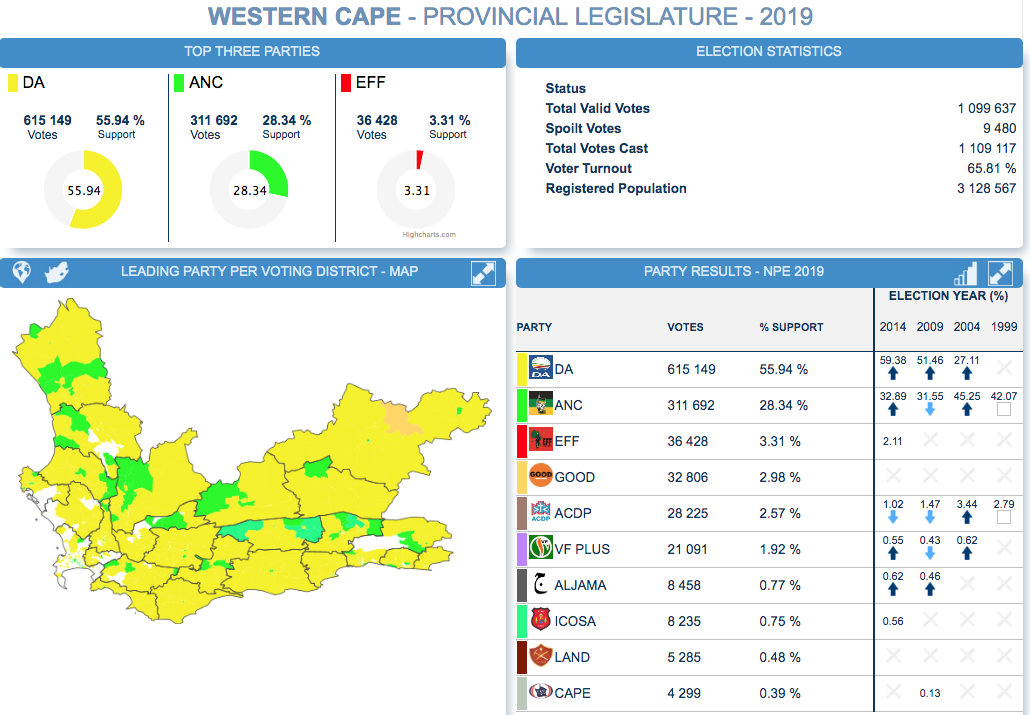 Political commentator Bill Johnson said the overall trend is clear that the DA is on course to almost hold the proportion it took in 2014.

Meanwhile, Western Cape IEC head Courtney Sampson has called on the public to come forward with any information regarding people who claim to have voted twice.

Political parties are also concerned at how easy it is to remove ink from the left thumbs of voters.

Sampson says anyone who has violated the electoral code will be dealt with accordingly.