Death and despair at the doors of stricken Delhi hospital 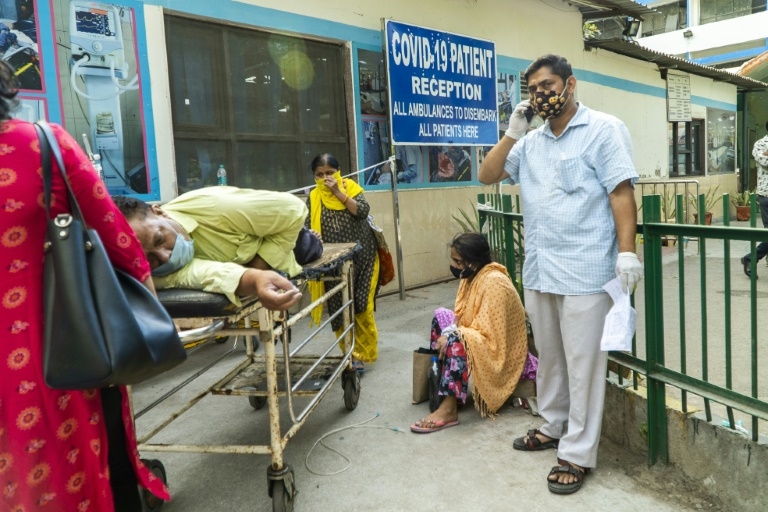 New Delhi's hospitals have been overwhelmed by a coronavirus wave battering India, with beds and oxygen in short supply

NEW DELHI - Barely breathing, Shyam Narayan arrived at the New Delhi hospital in a red rickshaw, his feet hanging over the side, but it soon became clear to his desperate family that the overwhelmed staff could not help him.

He was just the latest victim of the coronavirus wave battering India, where thousands of afflicted are turning up at hospitals only to find no beds and a battle for oxygen and life-saving drugs.

At Guru Teg Bahadur (GTB) hospital in northeast Delhi, Narayan and his family were part of a steady stream of ambulances, rickshaws and other vehicles bringing COVID-19 patients for treatment, waiting for beds inside already occupied by up to three people.

He didn't make it that far: a stretcher carrying his lifeless body was wheeled out just a few minutes after he was taken through the doors.

The Narayan family had tried all night to find an oxygen bed for him.

But they were repeatedly turned away by hospitals, said brother Ram.

"My brother has five children and the youngest one is so small, what will I tell his wife?"

GTB has run out of beds and, like all hospitals in Delhi, is fighting to get oxygen.

It has said it is doing the best it can in a crisis, and medical staff are working without days off.

India's surge has seen it add around 350,000 cases and 2,600 deaths a day, and the healthcare system has been pushed to breaking point. 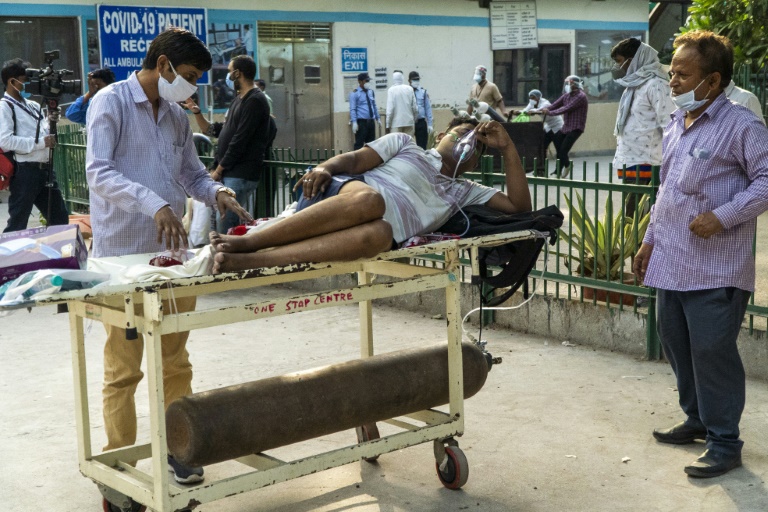 India's surge has seen it add about 350,000 cases and 2,600 deaths a day, and the healthcare  system has been pushed to breaking point

Narayan's death at the hospital doors is common and it is unlikely to be counted in official figures -- his body was taken away without any formal admission.

The security guard at the GTB door turned away patients, telling panicked relatives the wards were full.

Some stayed in line, others hailed auto-rickshaws to continue the desperate hunt for a bed.

Exhausted seventeen-year-old Mohan Sharma stood with his 65-year-old grandfather, giving the old man water, supporting him as he coughed and tenderly putting his oxygen mask on.

His father had died of coronavirus in the same queue less than 24 hours earlier.

"He was gasping for air, we removed his face mask and he was crying and saying 'save me, please save me'.

"But I could do nothing. I just watched him die", said Sharma.

With no time to grieve, he had to quickly move on to helping his grandfather.

The family managed to find a bed for him but the grandfather was overwhelmed by the grim conditions.

"There were three dead bodies next to him and he panicked and said he would not survive. So I took him outside and he's resting now," said Sharma. 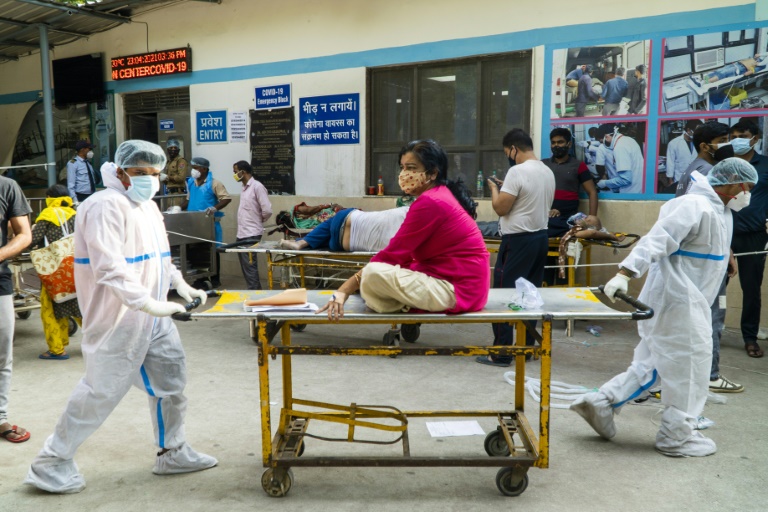 People who have been inside described crowded hallways, with beds and stretchers occupied by two or three people.

Sharma's grandfather's oxygen cylinder was almost empty, with no guarantee that it would be replaced.

He also needed to check on his mother, who was nursing a coronavirus-positive grandmother at home.

"I have seen three dead bodies in six minutes," said Ravi Kumar, who managed to get his 80-year-old grandfather admitted after waiting outside the hospital all night.

"Inside, there are no beds, there are just stretchers one after the other with two patients on each," he said.

The previous night, Kumar's grandfather was told to leave a private hospital bed when its oxygen ran out.

"This is a government failure. They didn't improve the infrastructure in the last year. If this is the condition in India's capital, then you can imagine how bad it is in the rural areas."

Behind him is Irfan Salmani, whose 40-year-old sister Monisha was struggling to breath, sitting on the ground wearing a yellow sari and an oxygen mask whose tube was not attached to anything.

Salmani was desperately seeking help from anyone who would listen, his phone in constant use.

"I've been trying non-stop for three days, going from one hospital to the other. I've never seen anything so terrible in my life," he said.

"What can I do? I've not had any food or water since morning, I've just been facing rejection after rejection."

At the front of the queue, one family argued with the security guard, hoping to get a relative admitted.

Behind them, a man lay in the sun with an oxygen tank that was fast running out.

He was lucky: his family rushed to connect a new one, making him a rare case with a chance of surviving.