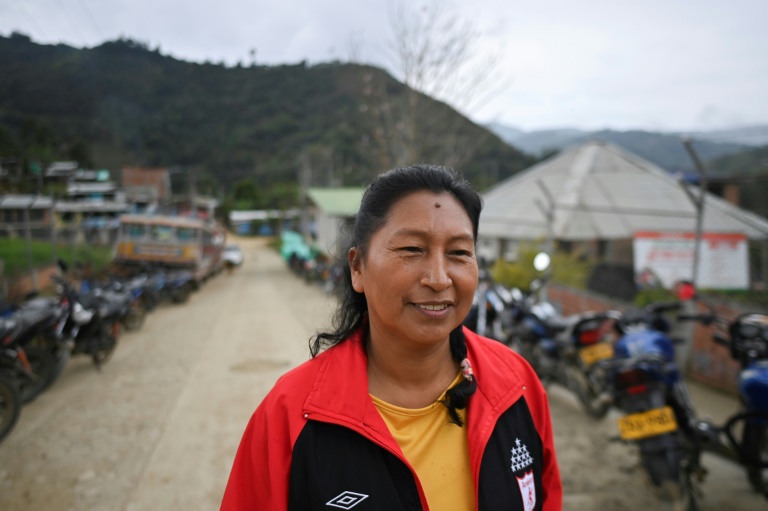 Death is a constant companion for indigenous defenders of nature in violence-ridden Colombia, and Celia Umenza has already survived three attempts on her life. AFP/Luis Robayo

TORIBIO - As the sound of gunfire erupts near her office, Celia Umenza takes the briefest of pauses from discussing her battle against farming expansion and mining that threaten indigenous land and water in Colombia.

Death is a constant companion for indigenous defenders of nature in the violence-ridden country, and Umenza has already survived three attempts on her life.

While speaking to AFP, bursts of gunfire and explosions reverberate in the mountains near her office in Toribio, in the rural Cauca department.

She stops speaking for just a moment before resuming the interview, seemingly indifferent to the looming threat that has become a part of life for many in Colombia.

In a report released Sunday, the non-governmental group Global Witness said Colombia was the most dangerous country for land and environment defenders for the second year in a row in 2020, accounting for 65 of the 227 killings reported worldwide.

"We have the threat of government repression, of retaliation by the guerrillas and also by the paramilitaries," said Umenza, 48.

The most recent attack on her life was in 2014.

"A neighbor was driving me in a van... they riddled the van with bullets," she said.

According to Global Witness, 2020 was the deadliest year on record for environmental activists since 2012, when its records begin.

A third of deadly attacks were on indigenous peoples, and many were linked to opposition to logging, mining, agribusiness, hydroelectric dams and other infrastructure threatening natural resources that communities have relied on for generations.

Since the 1970s, the indigenous peoples of the Cauca region of southwest Colombia have been fighting an expansion by sugarcane growers they say are driving them from the fertile lowlands they rely on for survival, and destroying the forest. 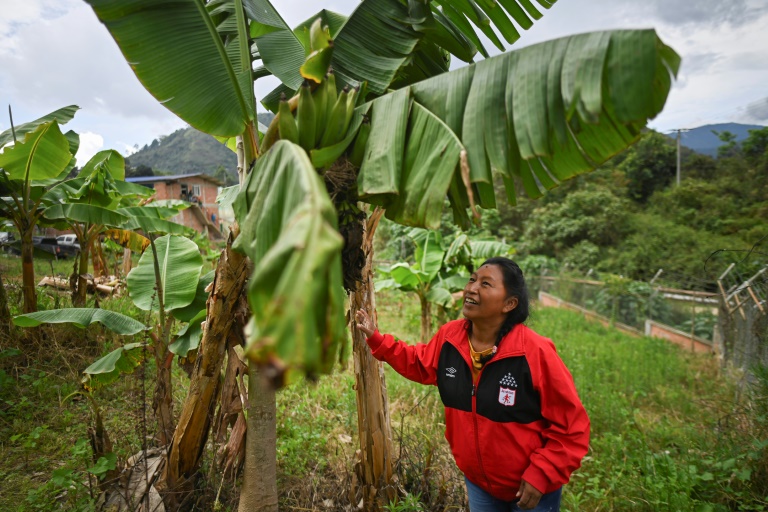 The dispute is also about water, she said.

Unlike the native vegetation, she explained, the sugar cane "draws a lot of water and little by little" has been drying up the streams.

In its report, Global Witness said 17 people worldwide were killed in 2020 for their activism against agribusiness, and 20 in disputes over water and dams.

"Companies have been acting irresponsibly for decades, contributing to, and benefiting from, attacks on land and environmental defenders," it noted.

Near Toribio, where Umenza lives and works, illegal gold mining contaminates water with mercury. Further north, pesticides used in the cultivation of marijuana poison the soil. 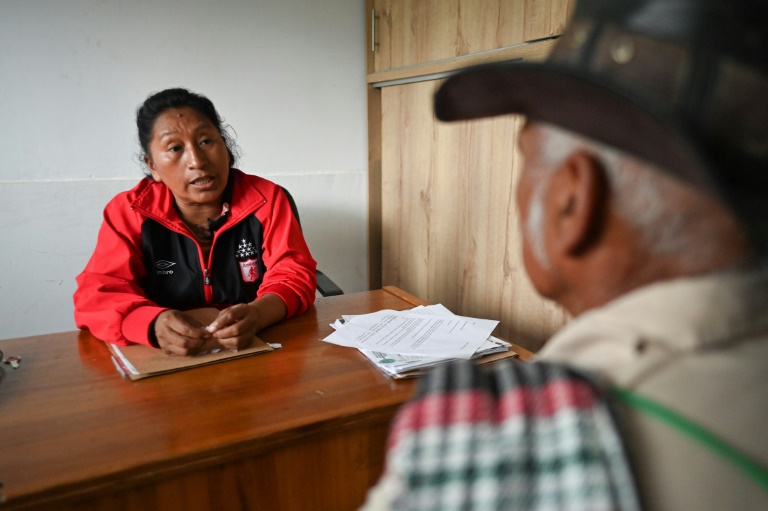 Since the 1970s, the indigenous peoples of the Cauca region of southwest Colombia, where Celia Umenza lives, have been fighting an expansion by sugarcane growers they say are driving them from the fertile lowlands they rely on for survival. AFP/Luis Robayo

Both illegal activities finance dissident FARC guerillas, who rejected a peace pact with the government in 2016 to end a near six-decade civil war, as well as fighters of the last remaining rebel group the ELN and paramilitary forces that are still active.

According to the Global Witness report, paramilitary and criminal groups have increased their control of rural areas through violence.

"Those seeking to protect their land and environment are increasingly being caught up in the crosshairs of this violence –- with those protecting indigenous land particularly at risk," it said.

Frequently the victims are community members seeking to benefit from a government program to convert illegal coca crops, from which cocaine is derived, into legal ones.

The situation was worsened by the Covid-19 pandemic, with official lockdowns leading to defenders being targeted in their homes, and government protection measures being cut.

She is protected by the Indigenous Guard, a self-defense organization that confronts perceived intruders armed with batons and two-way radios, but no guns.

"In the indigenous territories we have fortunately managed to keep mining out," said Umenza.

But the price is high, with one member of the Guard killed every week so far this year, she added.

Umenza says she has received countless death threats since 2001.

The first attempt on her life came in 2005, she says by FARC guerillas, who shot at her while she was walking in the countryside.

Five years later, continued threats forced her to move -- the first of several involuntary relocations, the most recent of which was in January this year.

In 2011, the government's National Protection Unit assigned a vehicle escort to protect Umenza and four other threatened people in the Toribio region.

A few months ago, it offered her a bodyguard and a bullet-proof vest.

She "did not accept because walking around in the vest makes me feel more vulnerable," like a moving target, she told AFP.

Since 2009, Umenza's three children have been living far away for their own safety, and she says their father left her because he "could not stand" the constant threats, attacks and regular uprooting.

She has a new partner today -- but she is realistic about her happy ever after.

"It is not easy living with someone who today takes you on the run, and tomorrow, who knows," she said.

- by Luis Robayo with Juan Sebastian Serrano in Bogota