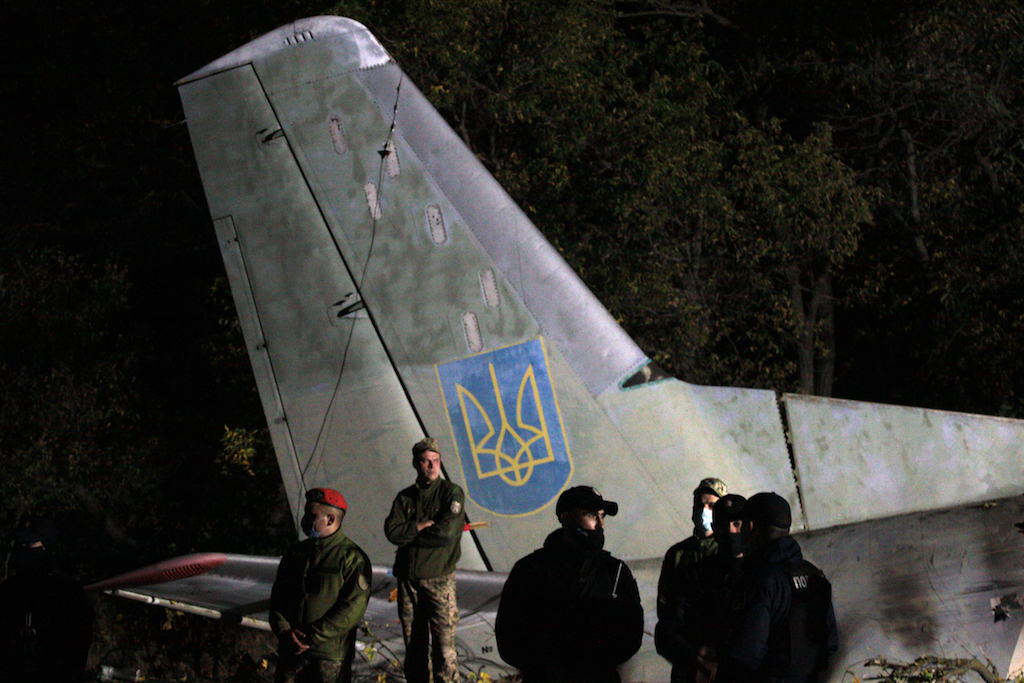 Rescuers and experts work on the place of the Antonov-26 transport aircraft crash at Chuhuiv military air base around 30 kilometers southeast of Kharkiv.

KIEV - The death toll climbed to 23 on Saturday from the crash of a Ukrainian air force plane carrying mostly cadets in the east of the country, emergency services said.

The Antonov-26 transport plane was carrying 20 cadets and seven crew when it crashed late on Friday two kilometres from the Chuguiv military air base near the city of Kharkiv.

One more body was found under the charred remains of the plane early Saturday, the emergency services said, bringing the number of victims to 23. Two people were also injured.

"The search for two more people continues," the services said in a statement.

The cause of the crash is being investigated.

Ukraine's SBU security service said it was a training flight but the cadets of the Kharkiv National Air Force University were not involved in piloting the plane.

It said in a statement that according to the initial information the officer who was piloting reported the failure of one of the engines, and seven minutes later the plane hit the ground.

Ukraine's Defence Minister Andriy Taran said "the plane likely caught the ground with its wing" and caught fire after that.

"The flight recorder is now in the plane, after analysing the information that is recorded there, it will be possible to draw conclusions," the defence ministry quoted Taran as saying.

The body of the plane burst into flames on landing and firefighters were able to extinguish the blaze after an hour.

Ukrainian President Volodymyr Zelensky, who earlier described the crash as a "terrible tragedy", is due in the Kharkiv region on Saturday.

The region, which borders Russia in the northeast, has declared Saturday a day of mourning.

Many grieving Ukrainians mourned the victims of the tragedy on social media.

"We send our heartfelt condolences to the families and loved ones of the cadets, officers, and crew killed and injured in the An-26 plane crash," US embassy in Ukraine wrote on Facebook.