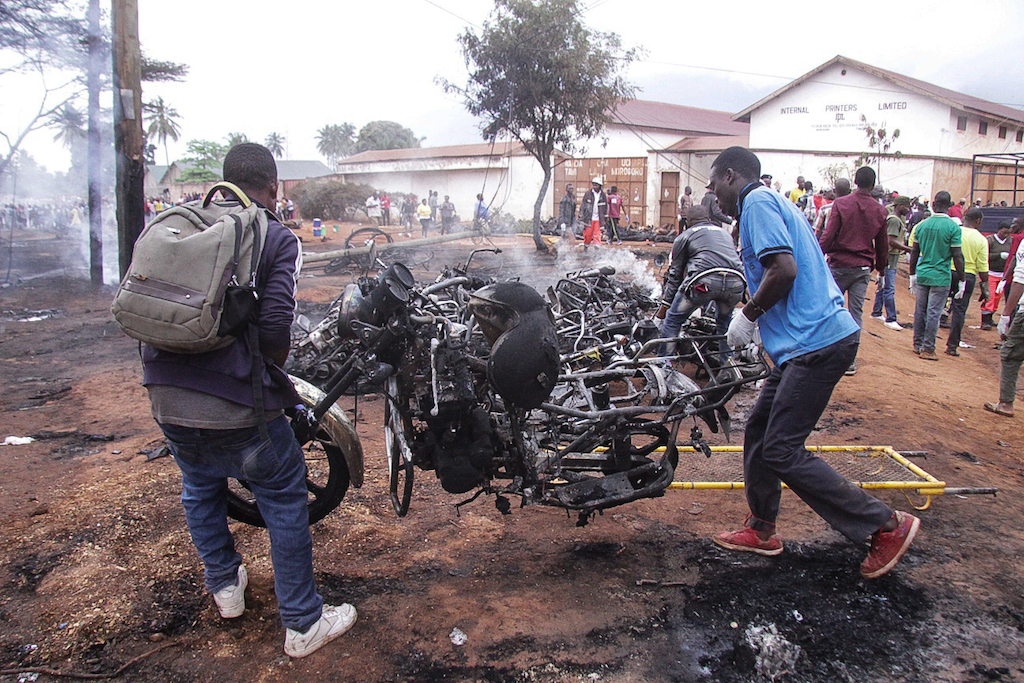 Two men carry the remains of a burnt out motorbike after a fuel tanker exploded in Morogoro.

MOROGORO - The death toll from a fuel truck explosion in Tanzania rose to 75 as four more people succumbed to their injuries, a hospital official said.

"We deplore four new deaths. Their bodies are currently resting at the morgue while we wait for relatives to identify them," said Aminiel Aligaesha, spokesman for the National Hospital in the economic capital, Dar es Salaam.

The explosion took place on Saturday morning near the town of Morogoro, some 200 kilometres west of Dar es Salaam.

The dead were trying to collect leaking petrol from the overturned tanker.

Witnesses said the truck tipped over as it tried to avoid a motorcycle, and locals quickly converged on the scene to collect fuel.

The explosion was triggered when a man tried to retrieve the truck's battery, creating sparks that ignited the fuel, officials said.

It was the latest in a string of such disasters in Africa and at least the third this year.

Last month, 45 people were killed and more than 100 injured in central Nigeria when a petrol tanker crashed and then exploded as people tried to take the fuel. In May, a similar incident in Niger killed nearly 80 people.