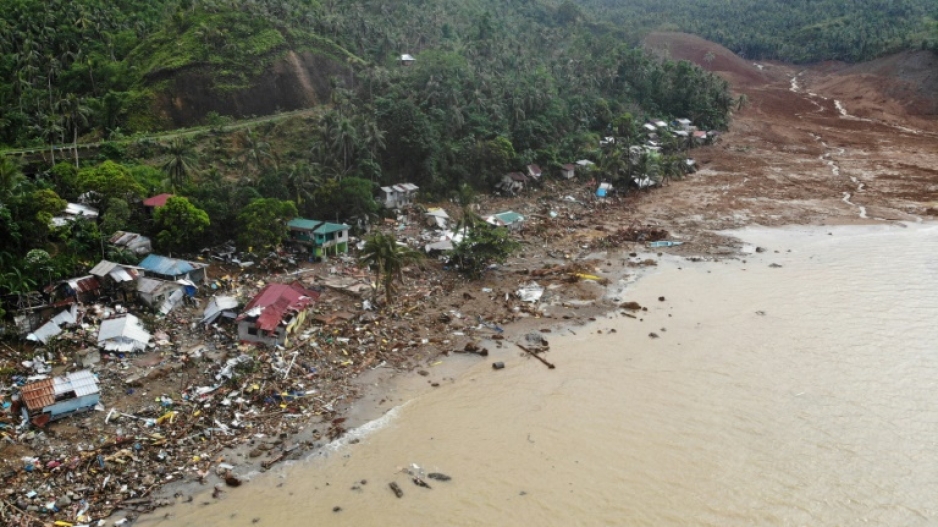 An aerial view shows houses destroyed by a landslide that slammed into the village of Pilar in Abuyog town, Leyte province

The death toll from landslides and flooding in the Philippines triggered by tropical storm Megi rose to 133 on Thursday, official figures showed, as more bodies were found in mud-caked villages.

Scores of people are still missing and feared dead after the strongest storm to strike the archipelago nation this year dumped heavy rain over several days, forcing tens of thousands into evacuation centres.

In the central province of Leyte -- the worst affected by Megi -- devastating landslides smashed farming and fishing communities, wiping out houses and transforming the landscape.

The disaster-prone region is regularly ravaged by storms -- including a direct hit from Super Typhoon Haiyan in 2013 -- with scientists warning they are becoming more powerful as the world gets warmer because of climate change. 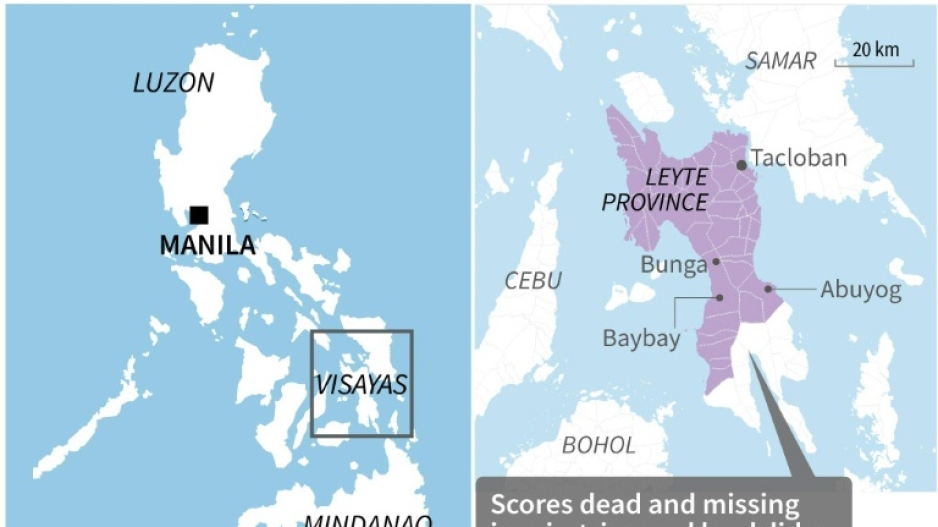 Emergency personnel in Abuyog municipality have retrieved dozens of bodies from the coastal village of Pilar, which was destroyed by a landslide on Tuesday.

At least 42 people died in landslides that hit three villages in the municipality, police said. Another person drowned.

Most of those deaths were in Pilar, with at least 28 bodies brought by boat to a sandy lot near the municipal government building after roads leading to the settlement were cut off by landslides.

More than 100 remained missing, and Abuyog Mayor Lemuel Traya told AFP there was little hope of finding anyone else alive. 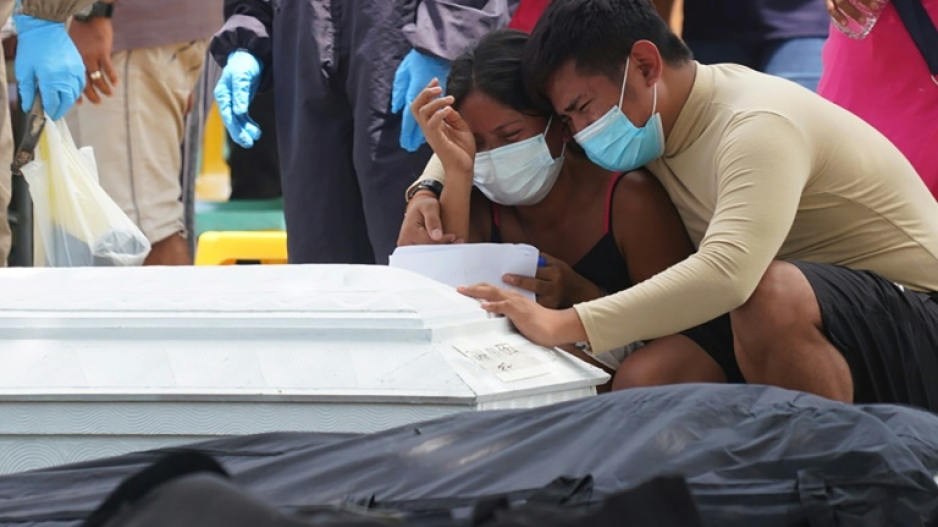 Residents cry in front of a coffin and a body bag as they mourn their dead relatives, victims of a landslide that devastated Pilar village in Abuyog town, Leyte province

An aerial photo showed a wide stretch of mud and earth that had swept down a mountain to the sea, crushing everything in its path.

The wreckage of houses and debris were scattered along the shore.

Bad weather and thick mud had complicated retrieval efforts in Pilar, where the ground was unstable. Searchers were also combing the coastline after some bodies were swept kilometres away by ocean currents.

"This will not end soon, it could go on for days," Traya warned.

Many of those who died had hiked to higher ground to avoid flash floods, villagers told AFP.

"It sounded like a helicopter," said Pilar councillor Anacleta Canuto, 44, describing the noise made by the landslide.

Canuto, her husband and their two children survived, but they lost at least nine relatives.

Pilar fisherman Santiago Dahonog, 38, said he rushed into the sea with two siblings and a nephew as the landslide hurtled towards them.

"We got out of the house, ran to the water and started swimming," he told AFP. "I was the only survivor." 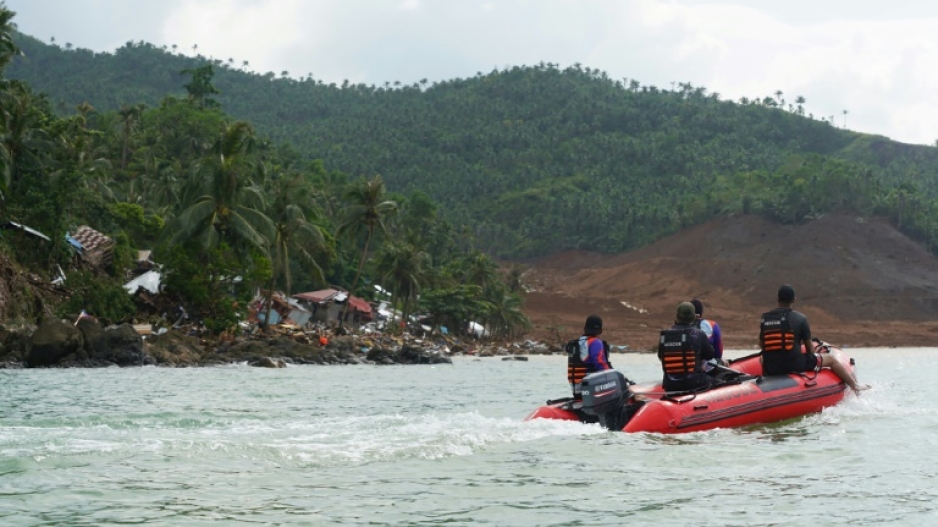 Another 86 people were killed and dozens injured in vegetable, rice and coconut-growing villages around Baybay City at the weekend, local authorities said. At least 117 are still missing.

The hardest hit was Kantagnos, where 32 people died and 103 have not been found.

In the nearby village of Bunga, 17 people perished when sodden soil shot down a hill and slammed into the riverside community. Only a few rooftops are visible in the mud, which has started to smell of rotting flesh.

Three people also drowned on the main southern island of Mindanao, and one person died in the central province of Iloilo, the national disaster agency said in its latest update. 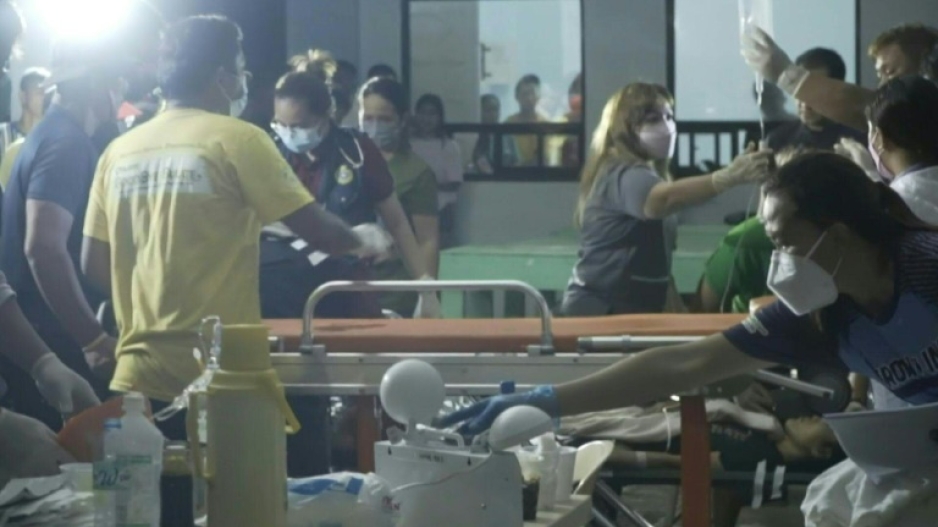 Megi struck at the beginning of Holy Week, one of the most important holidays in the mainly Catholic nation, when thousands travel to visit relatives.

It came four months after a super typhoon devastated swathes of the country, killing more than 400 and leaving hundreds of thousands homeless.