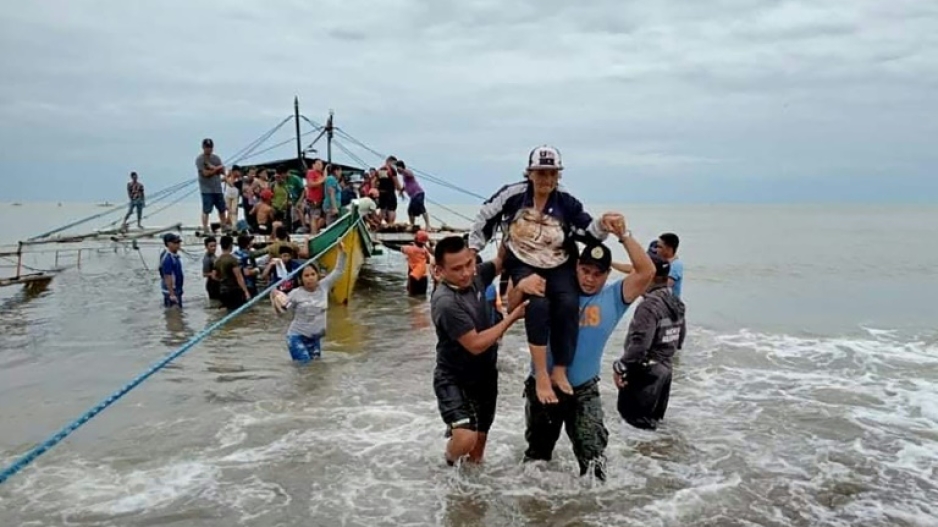 Tropical storm Megi has unleashed floods and landslides in the Philippines, killing dozens of people

The death toll from landslides and floods in the Philippines rose to 80 on Wednesday with scores missing and feared dead, officials said, as rescuers dug up more bodies with bare hands and backhoes in crushed villages.

Most of the deaths from tropical storm Megi -- the strongest to hit the archipelago this year -- were in the central province of Leyte, where a series of landslides devastated communities.

Twenty-six people died and around 150 were missing in the coastal village of Pilar, which is part of Abuyog municipality, after a torrent of mud and earth on Tuesday pushed houses into the sea and buried most of the settlement, authorities said.

"I have to be honest, we are no longer expecting survivors," Abuyog Mayor Lemuel Traya told AFP, adding that emergency personnel were now focused on the difficult task of retrieving bodies. 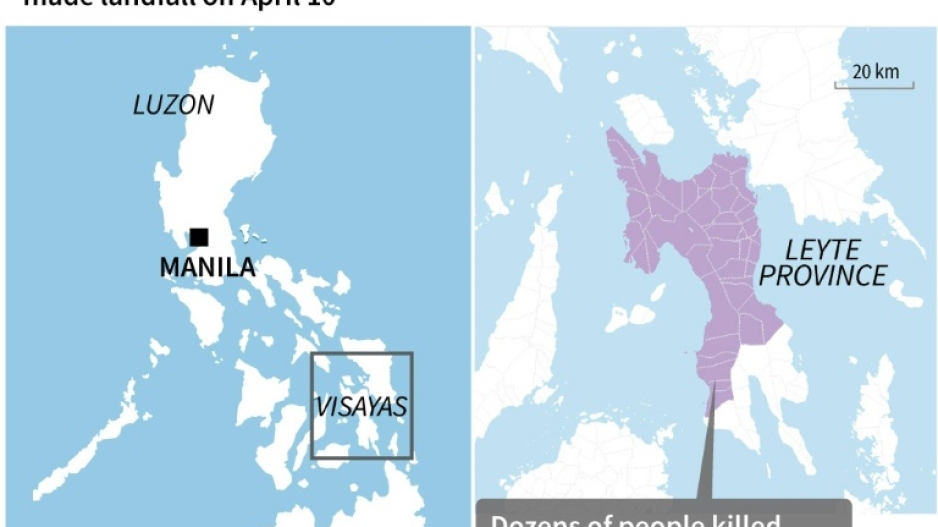 Map of the central Philippines showing Leyte Province where dozens of people were killed in landslides caused by tropical storm Megi, as of April 13, 2022

About 250 people were in evacuation centres after being rescued by boat after roads were cut by landslides, he said.

A number of villagers were also in hospital.

A rumbling sound like "a helicopter" alerted Ara Mae Canuto, 22, to the landslide hurtling towards her family's home in Pilar.

She said she tried to outrun it, but was swept into the water and nearly drowned.

"I swallowed dirt, and my ears and nose are full of mud," Canuto told AFP by telephone from her hospital bed. Her father died, and her mother has not been found.

The disaster-prone region is regularly ravaged by storms -- including a direct hit from Super Typhoon Haiyan in 2013 -- with scientists warning they are becoming more powerful as the world gets warmer because of human-driven climate change.

Baybay City is also reeling after waves of sodden soil smashed into farming settlements over the weekend, killing at least 48 people and injuring more than 100, local authorities said. Twenty-seven are still missing, they added.

Aerial photos showed a wide stretch of mud that had swept down a hill of coconut trees and engulfed Bunga village, where only a few rooftops poked through the now-transformed landscape. 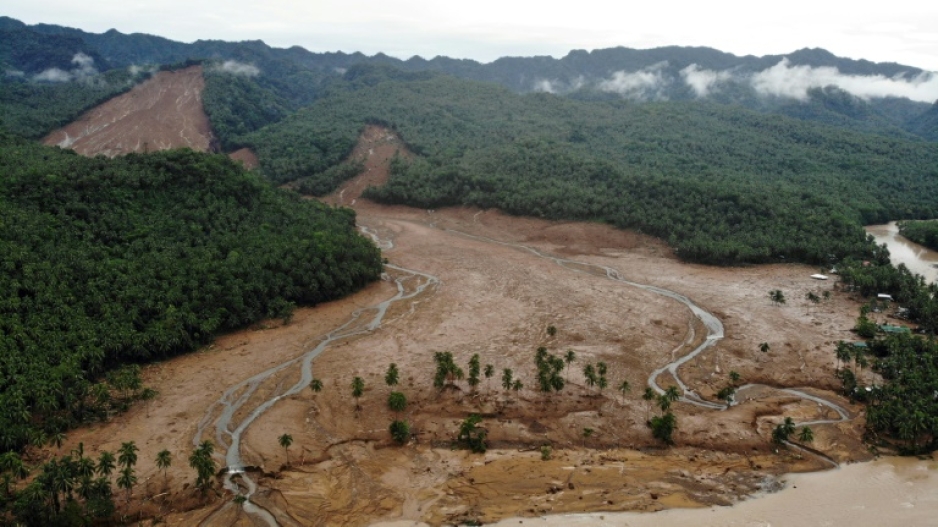 "We were told to be on alert because a storm was coming, but they did not directly tell us we needed to evacuate," said Bunga farmworker Loderica Portarcos, 47, who lost 17 relatives and a friend in the landslide.

Portarcos braved heat and humidity as she advised a backhoe operator where to dig for three bodies still embedded in the soft soil, which had started to smell of rotting flesh.

"Our dead relatives are all in the morgue, but there will be no time for a wake to mourn them because the mayor told us they smell bad," she said.

Three people were also killed in the central province of Negros Oriental and three on the main southern island of Mindanao, according to the national disaster agency. 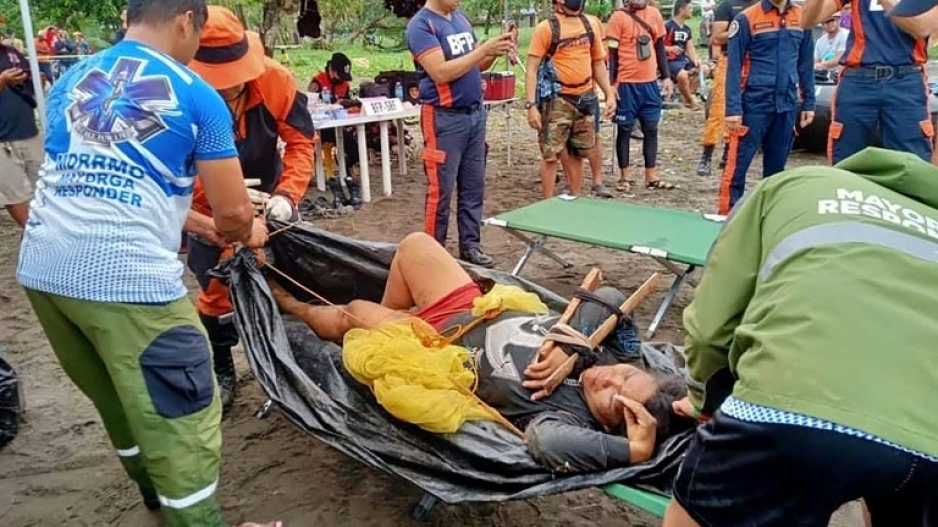 The Philippine military has joined the search and rescue efforts, which have been hampered by bad weather

The death toll from Megi is expected to rise as rescue operations switch to recovering bodies.

Black body bags containing 26 victims from Pilar were laid out on sand in Abuyog for relatives to identify on Wednesday.

Abuyog police chief Captain James Mark Ruiz said more boats were needed, but getting access to the shore was difficult.

Photos posted by the Bureau of Fire Protection on Facebook showed buildings crushed or turned over by the force of the landslide and debris in the water.

"We're using fiberglass boats, and there are steel bars exposed in the sea, so it's very difficult," Abuyog Mayor Traya said, adding that the ground was unstable and "very risky".

While Pilar survivor Canuto counts herself lucky to be alive, she said "many of us died and a lot are missing, too".

Pope Francis, having been informed of the storm's destruction, expressed solidarity with the victims, the Vatican said in a statement.

"He also offers the assurance of prayers for the dead, injured and displaced as well as those engaged in recovery efforts," the statement said.

"His Holiness willingly invokes upon all the Filipino people God's blessings." 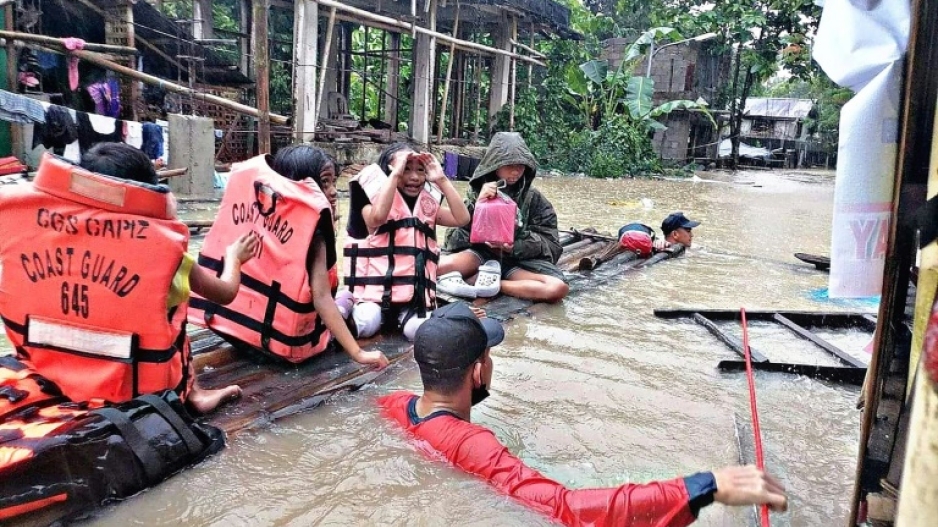 Whipping up seas, Megi forced dozens of ports to temporarily suspend operations, stranding thousands of people at the start of Holy Week, one of the busiest travel periods of the year in the Philippines.

It came four months after super typhoon Rai devastated swathes of the country, killing more than 400 and leaving hundreds of thousands homeless.