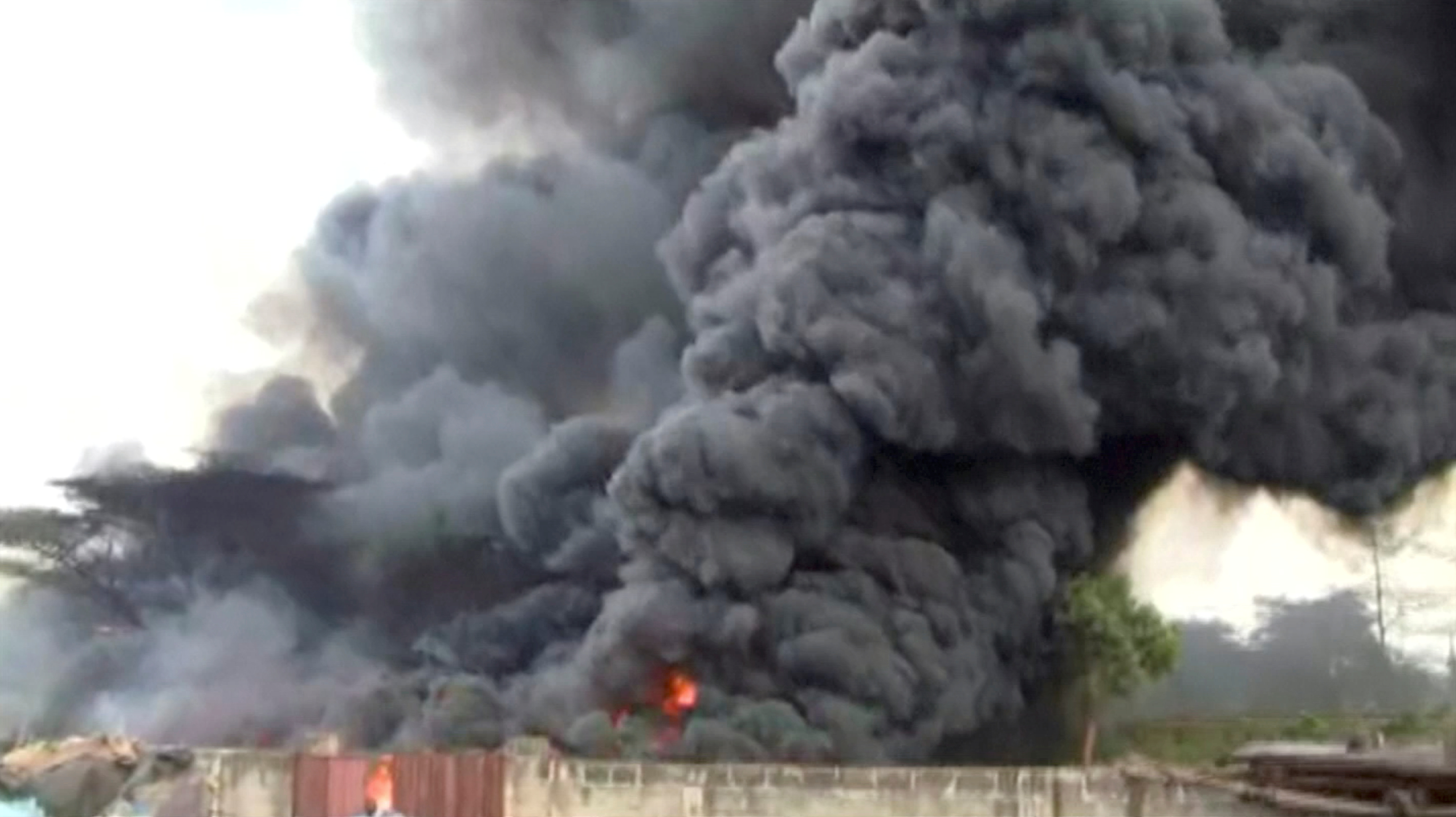 File: Smoke billows into air following an explosion of a fuel tanker in Morogoro, Tanzania August 10, 2019.

NAIROBI, Kenya - The death toll from a fuel truck explosion in Tanzania at the weekend has climbed to 82 after seven more people died from their injuries, a hospital official said Wednesday.

A spokesman for the National Hospital in Dar es Salaam said 32 others were being treated, including 17 in intensive care, following one of the deadliest oil tanker blasts in Africa in recent years.

"We are continuing to fight as best we can to save those still alive," the hospital spokesman, Aminiel Aligaesha, told reporters Wednesday.

The explosion took place Saturday morning near the town of Morogoro, some 200 kilometres (125 miles) west of Dar es Salaam, the financial capital.

Flames engulfed a crowd trying to collect leaking petrol from a tanker that overturned as it swerved to avoid a motorcycle.

Officials said the explosion was triggered when a man tried to retrieve the truck's battery, creating sparks that ignited the fuel.

An official inquiry was ordered Sunday into the accident, with a preliminary report expected later this week.

It was the latest in a string of such disasters in Africa and at least the third this year.

Last month, 45 people were killed and more than 100 injured in central Nigeria when a petrol tanker crashed and then exploded as people tried to take the fuel. In May, a similar incident in Niger killed nearly 80 people.