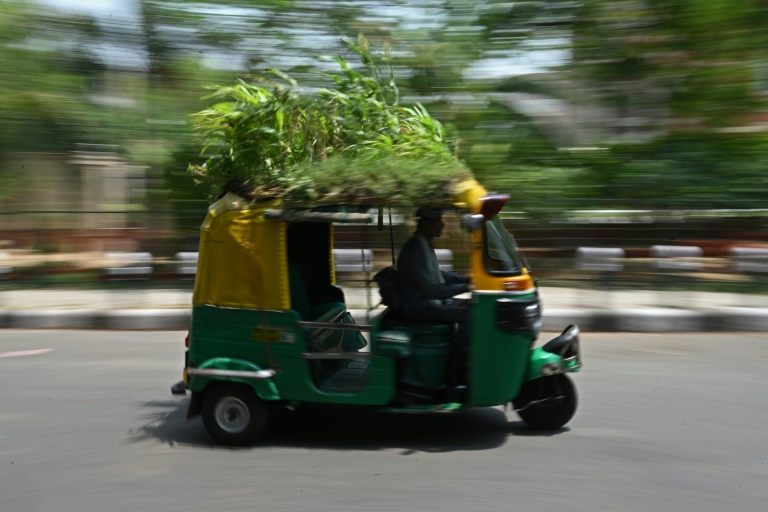 Yellow and green autorickshaws are ubiquitous on New Delhi's roads but Mahendra Kumar's vehicle stands out -- it has a garden on its roof aimed at keeping passengers cool during the searing summer season.

Kumar says the thick patch of green keeps the vehicle cool even when temperatures are touching 45 degrees Celsius (113 Fahrenheit) in the Indian capital, enough to melt the tar on roads.

Kumar, 48, has grown over 20 varieties of shrubs, crops and flowers, attracting commuters and passers-by who stop to click selfies and photos of the unique "moving garden".

"Around two years ago I had this idea during the peak of the summer season. I thought if I can grow some plants on the roof, it will keep my auto cool and give relief from the heat to my passengers," Kumar told AFP. 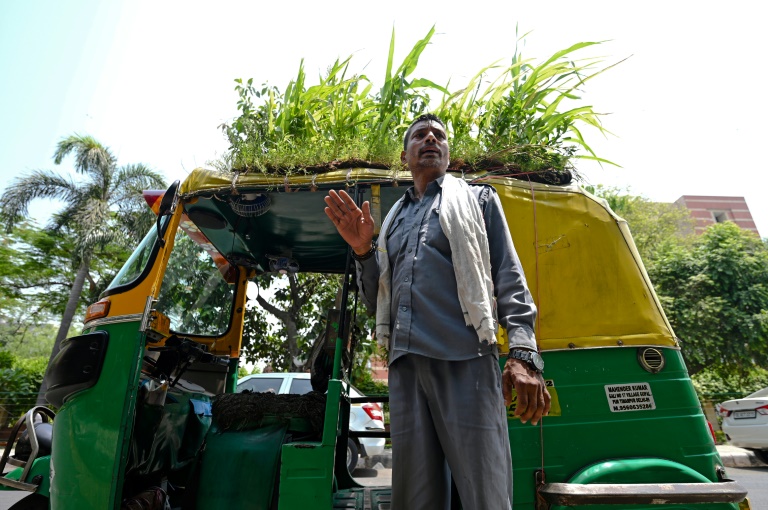 Kumar has grown over 20 varieties of shrubs, crops and flowers, attracting commuters and passers-by who stop to take photos of the unique 'moving garden'

Delhi's 20 million residents have been sweltering in an early summer heatwave that has hit India, from Himachal Pradesh in the north to Odisha in the east.

Forecasters say the heatwave conditions would abate in the next three or four days but warned it would rise again thereafter.

Heatwaves have killed over 6,500 people in India since 2010, and scientists say climate change is making them harsher and more frequent across South Asia.

Kumar said he was doing his "own small bit" for the environment by planting lettuce, tomatoes and millets on his autorickshaw.

Preparing the roof for sowing was simple: Kumar first put a mat followed by a thick sack on which he sprinkled some soil.

He got grass from the roadside and seeds from friends and acquaintances and within days, the seeds sprouted into green shoots.

"It does not require much effort at all. I just water the plants using a bottle twice a day," he said. 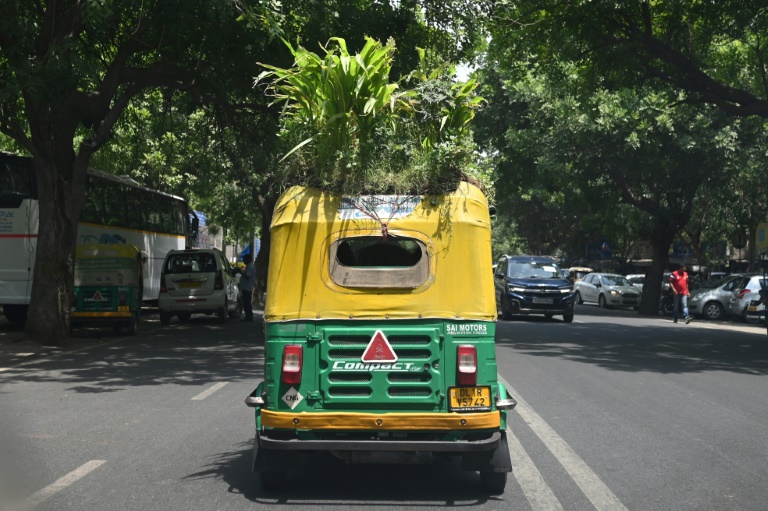 Kumar's initiative is an inspiration for his fellow drivers who have been asking him for tricks and tips.

Passer-by Naima Jamal was also mighty impressed with Kumar's clean and green auto that runs on compressed natural gas, which is less polluting than petrol or diesel.

"It's a great idea," Jamal, a housewife, told AFP. "Delhi has become a concrete jungle, there is hardly any greenery.

"We need more such autorickshaws on the roads -- they are pleasing to the eyes and the soul."