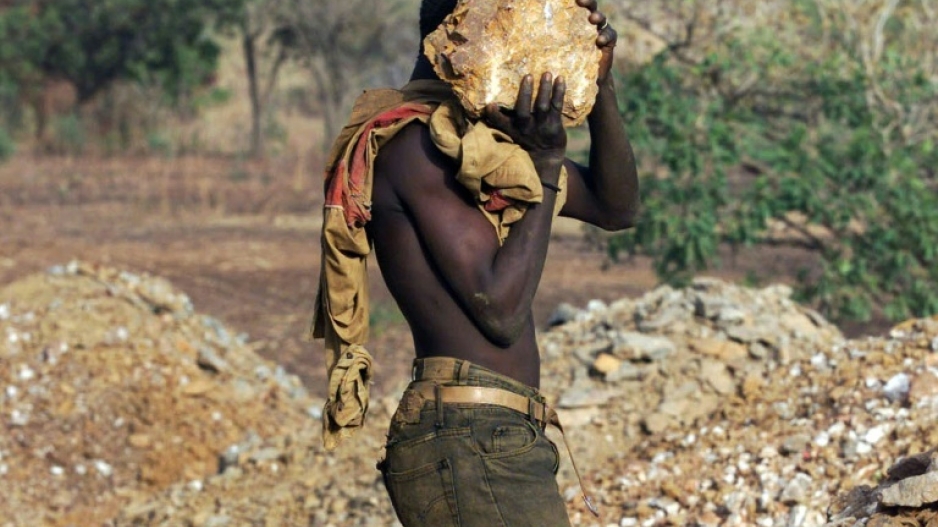 Protests are frequent on Burkinabe gold sites, where local people deem the benefits of the mines to be very limited for their communities. AFP/Georges Gobet

OUAGADOUGOU - Seven people have been injured in western Burkina Faso after demonstrators opposed to the expulsion of local miners stormed a major goldmine and set equipment ablaze, the country's government said on Wednesday.

He said 30 vehicles, 40 staff motorcycles, and 10 machines were set on fire, as well as 13 stores and six containers.

A judicial inquiry "is underway" and "arrests have already begun", he announced.

He said "everything started from an anarchic occupation of this mine" by gold miners without permits.

After "discussions" with local authorities, they were ordered to cease their activities on the site, he explained.

Bilgo said this "was not to the liking of the miners and led to an escalation of violence".

"The government condemns these acts, calls for calm and awaits the results of the judicial inquiry", he said.

Earlier, a worker at the Hounde Gold Operation mining company told AFP the violence had "paralysed the entire town".

"The demonstrators stormed facilities at the mine" in Tuy province and set fire to "more than a hundred vehicles and heavy machinery belonging to the mine and to workers", he said.

Several Hounde residents, contacted by AFP from Burkina Faso's capital Ouagadougou, said the protests had brought the town to a standstill. But calm had returned by Wednesday morning, they said.

Hounde Gold Operation, a subsidiary of the Canadian group Endeavour Mining, has been running since 2017 and employs a thousand workers.

The group also operates several other mines in Burkina Faso.

Protests are frequent on Burkinabe gold sites, where local people deem the benefits of the mines to be very limited for their communities.

Gold production has outstripped cotton to become Burkina Faso's leading export in the last 12 years, with around 70 tonnes produced per year and 17 industrial mines.

Meanwhile, gold panning employs 1.5 million people and generates additional annual production of about 10 tonnes of gold, according to the ministry of mines.

In April, Russian gold producer Norgold announced the closure of Taparko, Burkina Faso's main private mine in the north of the country, which has been plagued by deadly jihadist violence, saying it had done so for "security reasons".

Following in the footsteps of its neighbours Mali and Niger, Burkina Faso has been caught up in violence since 2015, attributed to armed jihadist movements affiliated with Al-Qaeda and the Islamic State group.