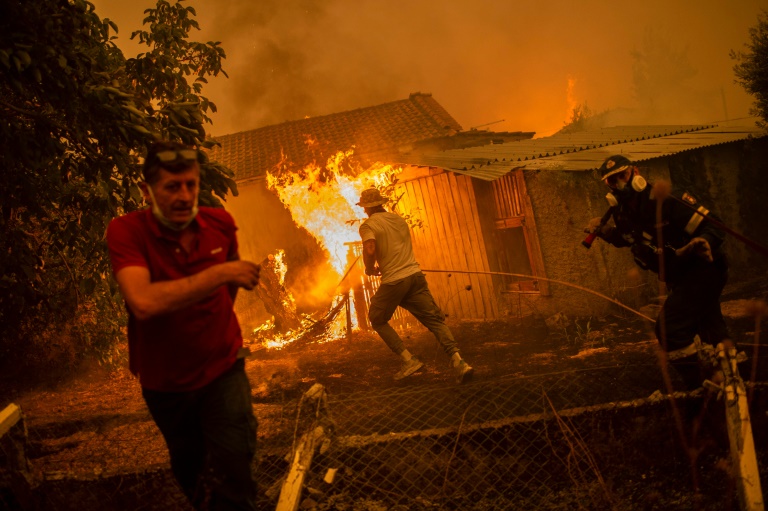 Islanders joined in the battle against the flames, helping firefighters

GOUVES - Hundreds of Greek islanders packed up their belongings and fled their homes on the Greek island of Evia on Sunday as wildfires continued to rage after a record heatwave.

Greece and neighbouring Turkey have been battling the devastating fires for nearly two weeks, with 10 people confirmed dead and dozens needing hospital treatment.

While rain brought some respite from the blazes in Turkey over the weekend, Greece continues to suffer a hot, dry summer.

"They burnt our paradise," 46-year-old islander Triantafyllos Konstantinos told AFP. "We are done."

The blazes have destroyed homes and reduced thousands of hectares of land to ash on Evia, Greece's second-largest island just northeast of the capital Athens. 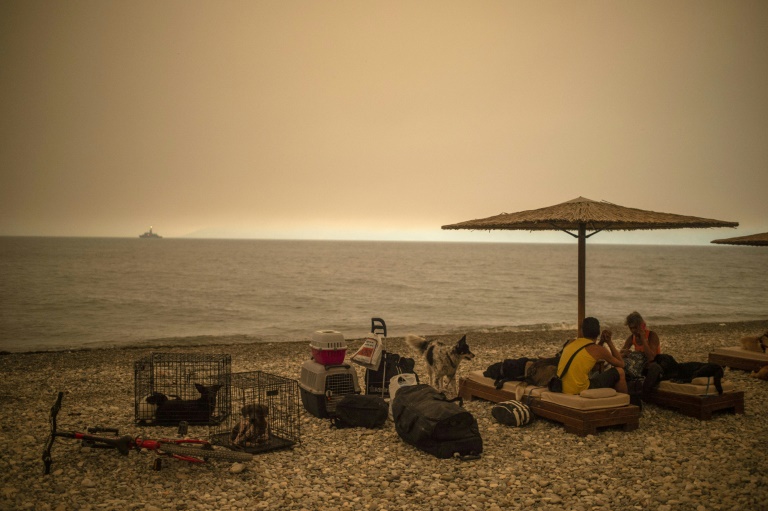 Civil protection deputy minister Nikos Hardalias said a fire front in the north of Evia was being pushed by strong winds towards beach villages.

However, fires in the southwestern Peloponnese region and in a northern suburb of Athens had abated, he added.

The rugged landscape and dense pine forests on Evia that so appeal to tourists are helping to spread the flames and make the work of firefighters almost impossible.

Even waterbombing planes are struggling, with an official telling local media much of the water was evaporating before it reached the ground. 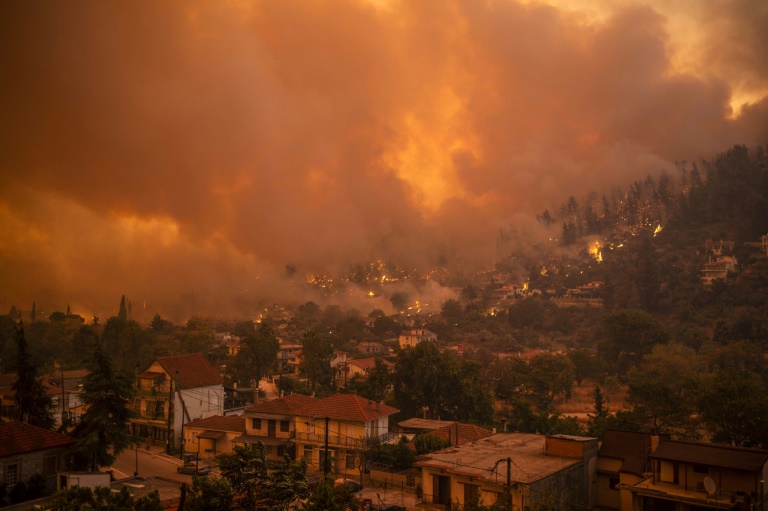 Hundreds of people have already fled the island and another 349 were taken to safety early on Sunday, the coast guard said.

In Pefki village, young people carried older and disabled people over the sand on to a ferry.

Elsewhere, villagers joined in the battle against the flames, helping firefighters.

"We are in the hands of God," 26-year-old Evia resident Yannis Selimis told AFP. "The state is absent. If people leave, the villages will burn for sure."

Local officials were critical of the efforts to control the fires, which erupted on the island on Tuesday.

"I have no more voice left to ask for more aircraft. I can't stand this situation," local mayor Giorgos Tsapourniotis told Skai TV on Saturday.

Many villages were saved only because young people ignored evacuation orders and stayed on to keep the fires away from their homes, he added.

Alexis Tsipras, leader of the main opposition Syriza party, said the government did not appear to be listening to local concerns about a lack of coordination and equipment.

"Is there a management plan? HOW LONG will this drama drag on?" he wrote in a tweet.

Local officials were struggling to shelter those forced to flee their homes.

Hardalias said on Saturday that provisional shelter had been provided to 2,000 people evacuated from the island. 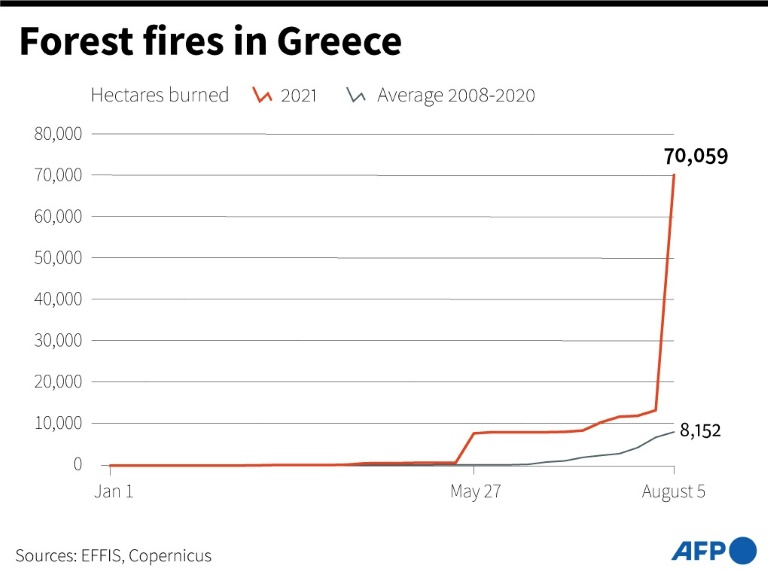 Britain, France, Spain and other countries have answered Greece's appeal for help, and on Sunday, Serbia announced it was sending 13 vehicles with 37 firefighters and three firefighting helicopters.

"On behalf of the Greek people, I would like to express our heartfelt gratitude to all the countries that have sent assistance and resources to help fight the wildfires," he tweeted.

Police said on Sunday they had arrested at least 10 people for arson, among them three young men in Pireaus for attempting to start a fire in nearby Perama.

By Alexandros Kottis With Katerina Nikolopoulou In Athens