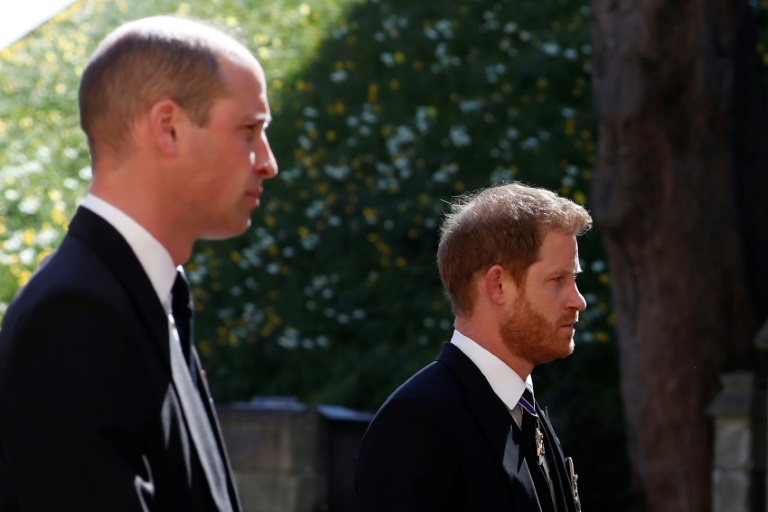 William (l) and Harry talked privately after the funeral of their grandfather Prince Philip, Duke of Edinburgh, in April. AFP/Pool

LONDON - The unveiling of a new statue of Diana, princess of Wales, next month could help thaw frosty ties between her sons prince William and Prince Harry, a royal biographer said Friday.

The princes are due to attend the July 1 ceremony in the gardens of Kensington Palace, unveiling a statue they commissioned to mark what would have been their mother's 60th birthday.

Omid Scobie, a journalist and writer whose 2020 book "Finding Freedom" covers Harry and Meghan's marriage and move to the United States, said he expects the event "will demonstrate that both of them are able to be cordial and respectful when it comes to remembering the life of their mother, despite their differences".

The once-close brothers, who studied together at Britain's elite Eton school, and both served in the military, have become distant since Harry's marriage to Meghan and the couple's move to California. 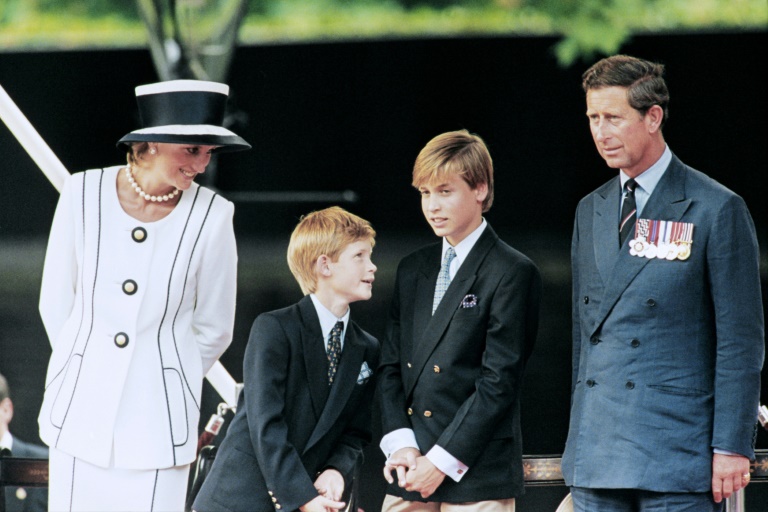 Princess Diana with sons Harry (2nd left) and William and Prince Charles in 1995, two years before her death

The brothers' meeting could remind them "how well" they work together to preserve the legacy of their mother, who was killed in a Paris car crash, aged 36, in 1997, Scobie told the Foreign Press Association in London, answering a question from AFP.

"Maybe that will be the icebreaker that is needed," he added, while saying the princes would not be able to talk privately at the large event and "there's a lot to be discussed".

The brothers showed "a little bit of this at Prince Philip's funeral", Scobie added, referring to their conservation after the funeral of their grandfather, Queen Elizabeth II's late husband, on April 17.