'Dieselgate' fraud: Timeline of a scandal 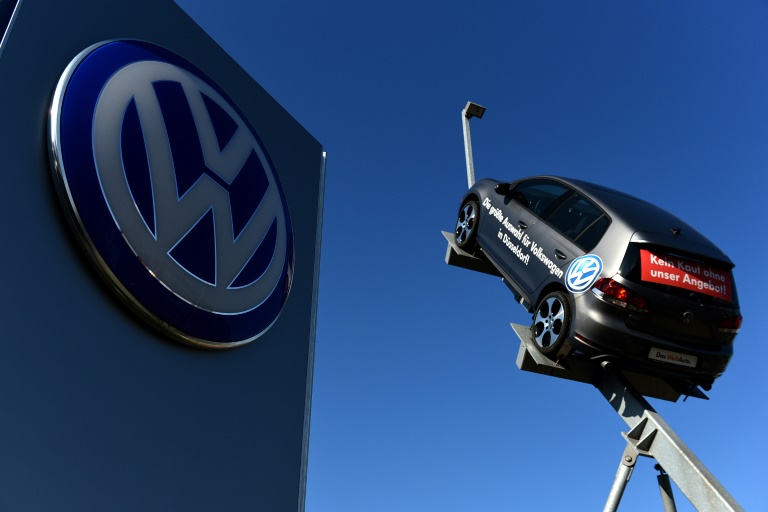 FRANKFURT - French automakers Renault and Peugeot are the latest companies to be ensnared in the "dieselgate" scandal -- a massive emissions cheating scheme at German car giant Volkswagen.

Here is a timeline:

In 2014, US researchers at the University of West Virginia discover that certain VW diesel cars emit up to 40 times the permissible levels of harmful nitrogen oxide when tested on the road.

On September 23, 2015, chief executive Martin Winterkorn steps down but insists he knew nothing of the scam.

Months later the company agrees to pay $14.7 billion in buybacks, compensation and penalties in a mammoth settlement with US authorities. The deal includes cash payouts for nearly 500,000 US drivers.

The following year VW pleads guilty to three US charges including fraud.

As part of the plea deal, VW signs up to a "statement of facts" in which it admits that the cheating dates back to 2006, but it remains unclear how much the top brass knew about the scam. 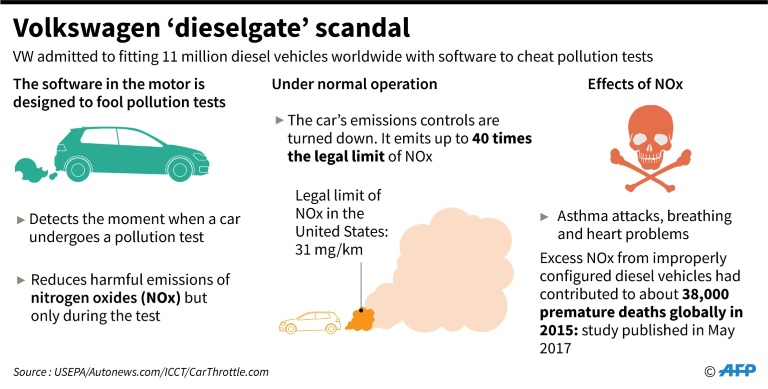 Car parts maker Bosch, which supplied elements of the software, agrees to pay nearly $330 million to US car owners and dealers but admits no wrongdoing.

In December, VW executive Oliver Schmidt, who was arrested while on holiday in Florida, is sentenced to seven years in jail.

VW roars back to profit after record sales in 2017 but its legal and financial woes are not over.

In May 2018 Winterkorn is indicted in the US, accused of trying to cover up the cheating, and a month later VW agrees to a one billion euro fine in Germany, admitting responsibility for the diesel crisis.

Its Audi division agrees to pay a fine of 800 million euros in Germany.

The scandal spreads to other companies in 2019.

Fiat Chrysler agrees to a $515 million settlement in the US over charges it used defeat devices.

Porsche agrees to pay a fine of 535 million euros in Germany while Mercedes-Benz maker Daimler takes an 870-million-euro hit.

In February the car maker agrees to pay 750 million euros in compensation to 235,000 German customers in an out-of-court settlement. The scandal has cost it more than 30 billion euros so far.

A German court orders VW to buy back a rigged diesel from its owner, setting the template for thousands of cases brought by individual claimants.

In the fall a German court says Winterkorn must stand trial over charges of fraud and market manipulation while former Audi boss Stadler becomes the first top executive to go on trial over "dieselgate".

Daimler agrees to pay $2.2 billion to settle emissions cheating charges in the US.

In May this year former Renault-Nissan boss Carlos Ghosn is interrogated as a witness in the French investigation targeting Renault.

On Tuesday Renault says it has been charged with "deceit" but "denies having committed any offence".

A day later Volkswagen says it has been charged by French prosecutors over the dieselgate scandal but denies causing any "harm" to French consumers.

That same night Peugeot also says it is under investigation over suspected emissions cheating.