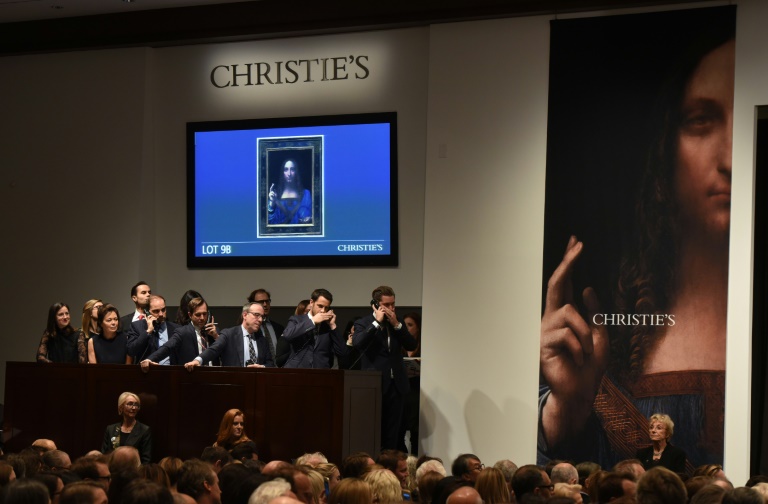 File: A Christie's auction room during a sale. AFP/Timothy A Clary

NEW YORK - Fans have been flocking by the thousands to the Top Shot online platform to buy short videos of dramatic sequences from professional basketball games, as a new virtual market enjoys astonishing success among collectors, sports fans and art lovers.

To the untrained observer, one video clip showed NBA superstar LeBron James in one of his more spectacular moves; but it lasted no more than a few dozen seconds. On Top Shot, however, it instantly became a collector's item that sold on Monday for an eye-popping $208,000.

The video sequence is an "NFT" -- a Non-Fungible Token -- a virtual object whose identity, authenticity and traceability are theoretically indisputable and tamper-proof, thanks to the same "blockchain" technology used to ensure the security of cryptocurrencies like the hugely popular bitcoin.

Launched in early October by Canadian firm Dapper Labs in partnership with the National Basketball Association, Top Shot allows customers to buy and sell these short video clips -- called "moments" -- at prices that vary depending on demand and rarity.

Dapper Labs selects and sells the clips, in numbers varying from one single copy to hundreds of identical "moments." Once the sale is recorded on the platform, clips can change hands, from one collector to another, an unlimited number of times.

Dapper Labs takes a small commission from each sale, and a percentage is shared with the NBA and the players association.

After a slow start, Top Shot's business has exploded since January, generating more than $200-million in transactions since the start of the year, according to a Dapper Labs spokeswoman.

Fans of NFTs see them as an alternative to traditional collectors' markets that are often unregulated and opaque, whether involving sales of baseball cards or artworks by masters.

"We see this as a pivotal moment for the future of New Media and even the practice of collecting itself," Noah Davis, a Christie's expert in postwar and contemporary art, said in a statement.

The sale, which opened at a price of $100, has quickly soared to the lofty figure of $3-million. The sale ends on 11 March.