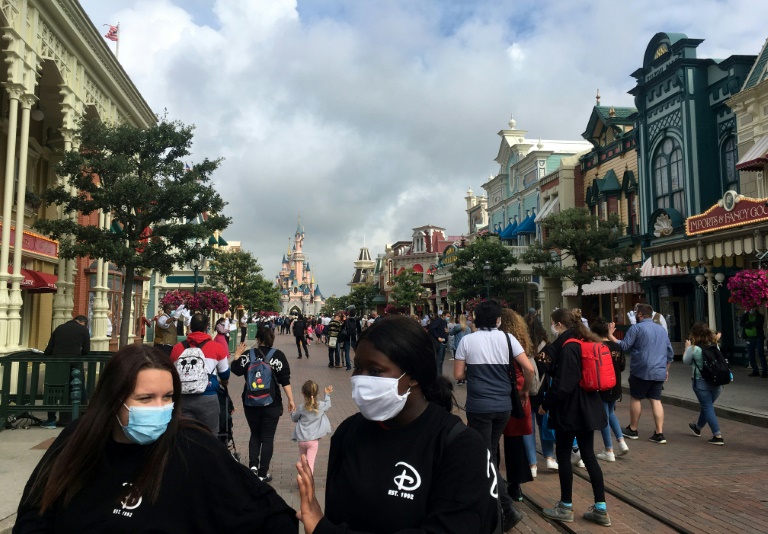 A Disneyland Paris executive says the theme park, closed due to the pandemic, is "proud to help support the authorities... to administer vaccines". AFP/Aurelia Moussly

The amusement park east of the capital has been closed since October 30, when non-essential businesses were ordered to close amid a surge in infections, putting its 17,000 employees out of work.

It had originally planned to re-admit visitors on April 2, but worsening conditions forced it to postpone.

The vaccination site will be housed outside the amusement park proper at its Newport Bay Club, a convention centre near its hotel complex.

It will be run by local authorities and the regional ARS health service and will be open at weekends only, whereas other French vaccination sites often close on Sunday.

The goal is to give shots to at least 1,000 people a day, as France aims to get at least one jab to 20 million people by mid-May.