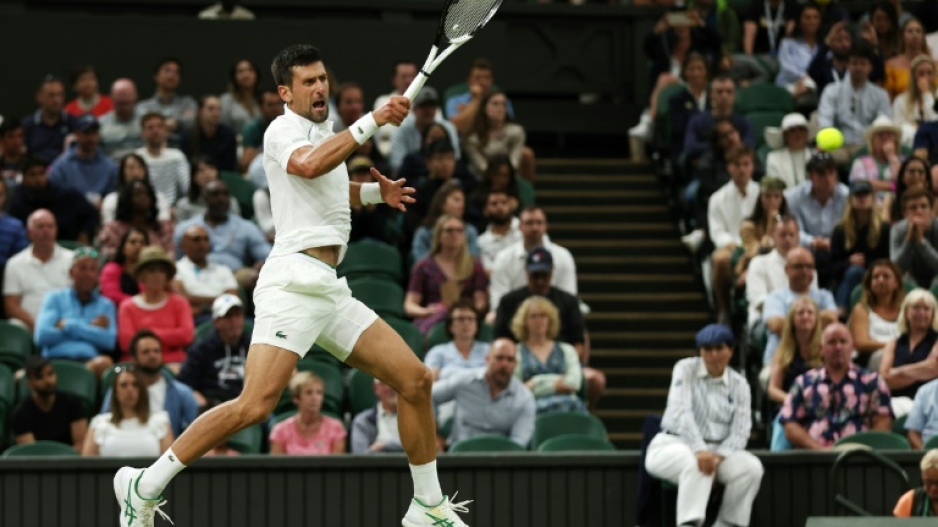 Looks familiar: Novak Djokovic sees something of his own game in quarter-final rival Jannik Sinner

Top seed Djokovic will reach his 43rd Slam semi-final if he can defeat Jannik Sinner.

The odds are stacked in Djokovic's favour with the Italian 20-year-old yet to get past the quarter-finals of a major.

"I kind of see a little bit of myself in his game from the back of the court, playing flat backhand, constantly staying on the back of the line, trying to put pressure on opponents," said Djokovic.

The Serb easily won the pair's only previous meeting in straight sets on clay in Monte Carlo last year.

Before this Wimbledon, he had never won a grass court match while physical frailties are never far away. 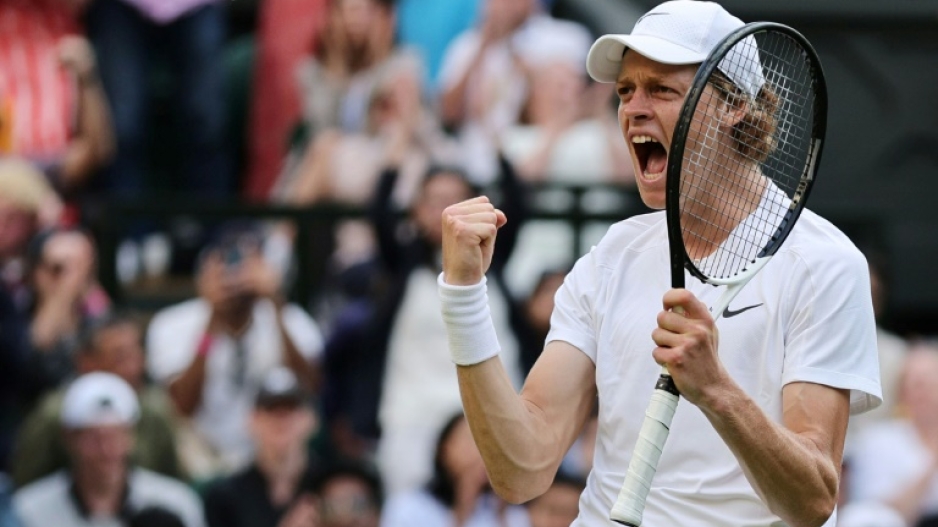 He had to retire from his fourth-round match against Andrey Rublev at the French Open last month with a knee injury.

In Miami, foot blisters forced a pull-out when facing Francisco Cerundolo while illness in Indian Wells meant he handed a walkover to Nick Kyrgios.

By making the last eight at Wimbledon, Sinner follows in the footsteps of Matteo Berrettini, who was runner-up to Djokovic last year.

Berrettini was the first Italian man to reach the quarter-finals since Davide Sanguinetti in 1998.

Both men are attempting to make the semis of a Slam for the first time.

Goffin defeated Frances Tiafoe of the United States in the longest match at this year's Wimbledon -- four hours and 36 minutes -- to reach the quarter-finals for the second time.

Goffin missed Wimbledon in 2021 after suffering an ankle injury before a knee problem forced him to shut down his season after the US Open.

Before this year, his most recent match at Wimbledon was a sobering 2019 quarter-final defeat to Djokovic, who allowed him just six games.

Meanwhile, world number two Jabeur is the last of the top 15 women's seeds left in the tournament.

She made the last-eight in 2021 and is now looking to reach a first Grand Slam semi-final.

The 27-year-old coasted through the first three rounds before digging deep to save five set points in the opening set of her last-16 clash against Elise Mertens.

Now she hopes her progress at the All England Club will inspire other Arab and African players.

"I want them to believe more in themselves and believe they can be here," said Jabeur.

"I don't come from a rich family so you have to stop finding excuses and just go for it, enjoy it." 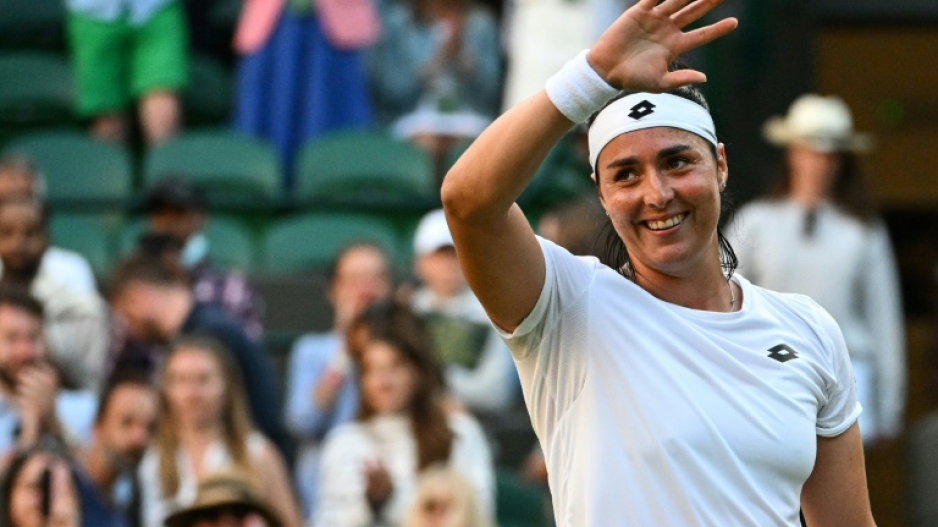 On a mission: Tunisia's Ons Jabeur

She faces Marie Bouzkova, the world number 66 from the Czech Republic who had never previously progressed beyond the second round of a major.

But after knocking out seventh seed Danielle Collins in the first round, she has coasted through the draw.

"I don't know how I got here," admitted Bouzkova.

Tuesday's other quarter-final is an all-German tie between Tatjana Maria and Jule Niemeier who have a combined world ranking of 200.

Mother-of-two Maria only returned from a second spell of maternity leave less than a year ago and is in the last-eight of a Slam for the first time since her 2007 tour debut.

Before Wimbledon, Niemeier had played just one Grand Slam main draw match, a first round loss at the French Open earlier this year.