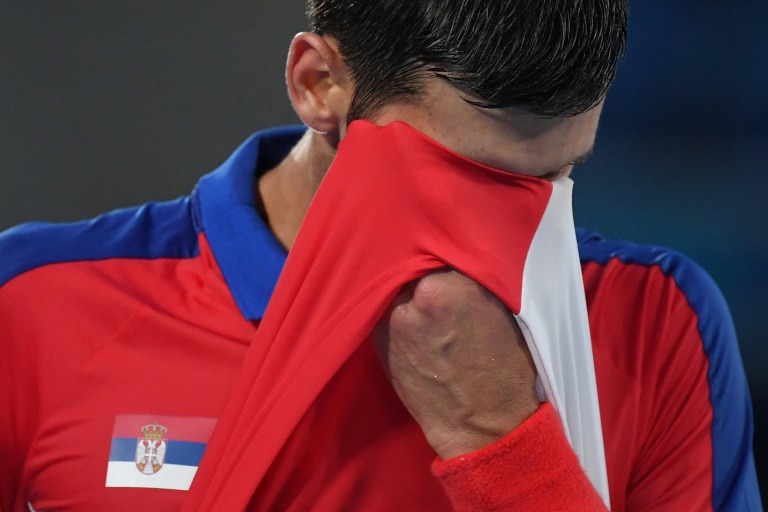 TOKYO - World number one Novak Djokovic became the latest big name to crash out of the Tokyo Olympics on Friday.

Djokovic's bid for a calendar Golden Grand Slam -- winning all four Grand Slam tournaments plus the Olympics -- was dramatically ended by Alexander Zverev at the Ariake Tennis Park.

The Serb collapsed from a set and a break ahead as German fourth seed Zverev won 1-6, 6-3, 6-1 and will meet Russian Karen Khachanov in the final.

He joins leading players including Naomi Osaka and Ash Barty in failing to make it through the tennis competition.