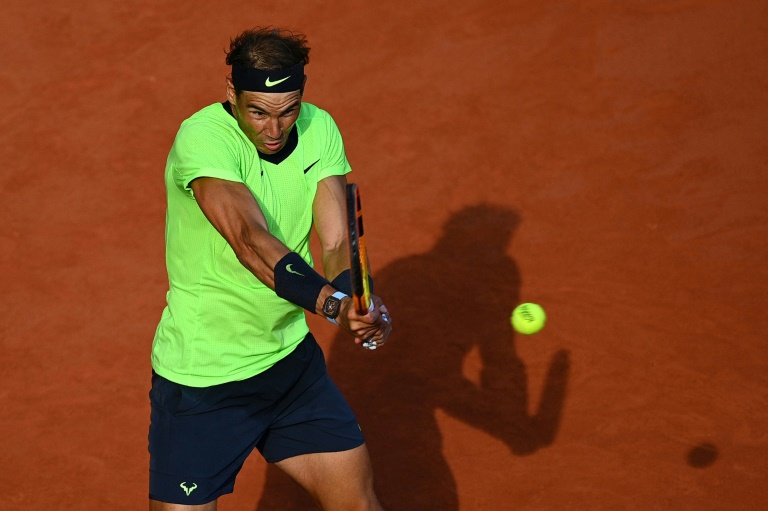 Rafael Nadal is in his 15th French Open quarter-final

PARIS - Novak Djokovic and Rafael Nadal can set up a blockbuster French Open semi-final clash on Wednesday as both men close in on rewriting the tennis record books.

Victory would put him into the semi-finals in Paris for the 11th time and two wins away from becoming only the third man in history to win all four majors twice.

Djokovic had to dig deep against another Italian to guarantee his passage to a 15th quarter-final in Paris.

He was given a huge scare in the fourth round when 19-year-old Lorenzo Musetti raced into a two sets lead before running out of steam and quitting in the fifth set. 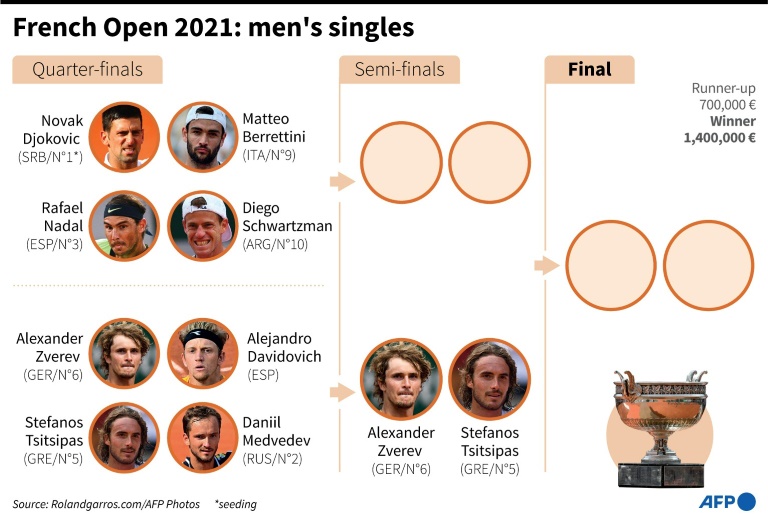 "Berrettini has a big serve, big forehand. Two big weapons. He's in form," said Djokovic who defeated the Italian in their only previous meeting at the 2019 ATP Tour finals.

Victory on Wednesday would put Djokovic into a 40th Grand Slam semi-final.

Berrettini has been solid on clay this year, finishing runner-up in Belgrade and Madrid but the highest-ranked player he has faced in Paris is world number 91 Kwon Soon-woo, his third round opponent.

He also arrives fresher than Djokovic have been given a walkover into the last eight when Roger Federer withdrew from the tournament.

Nadal, who is bidding to capture a 14th Roland Garros and record-setting 21st major, is on a run of 35 consecutive winning sets at the French Open.

Nadal boasts a 10-1 record over Schwartzman, including a straight sets win in the semi-finals of last year's delayed French Open.

A victory for Nadal would put him into the last four at a Slam for the 35th time.

In the women's tournament, six of the quarter-finalists had never reached such dizzy heights before this Roland Garros, taking advantage of the early exits of Ashleigh Barty and Naomi Osaka.

Only one of the top 10 seeds has made it this far, defending champion and eighth seed Iga Swiatek. 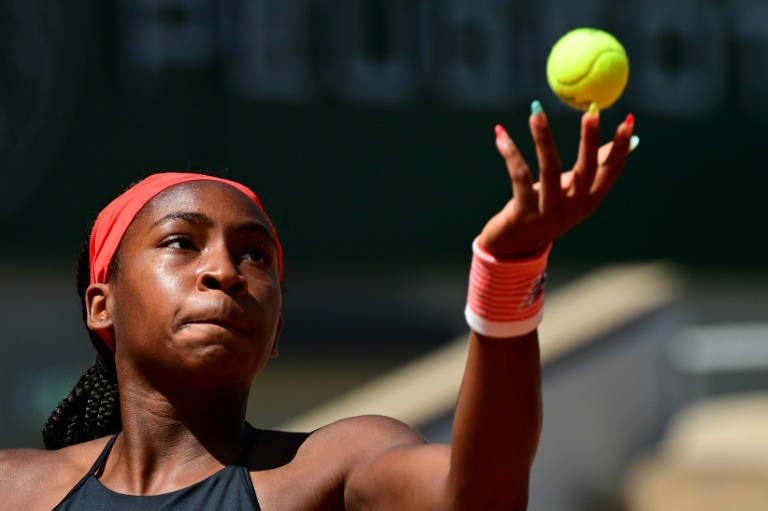 Coco Gauff eyes a place in the semi-finals

The world number 33 from the Czech Republic was so paralysed by fear before her last 16 victory over Sloane Stephens that she locked herself in a stadium office and wept.

Krejcikova is having a busy week. She is also in the semi-finals of the women's doubles.

Swiatek is rapidly winning rave reviews including from Britain's two-time Wimbledon champion Andy Murray who tweeted his admiration for the Pole's style of play. 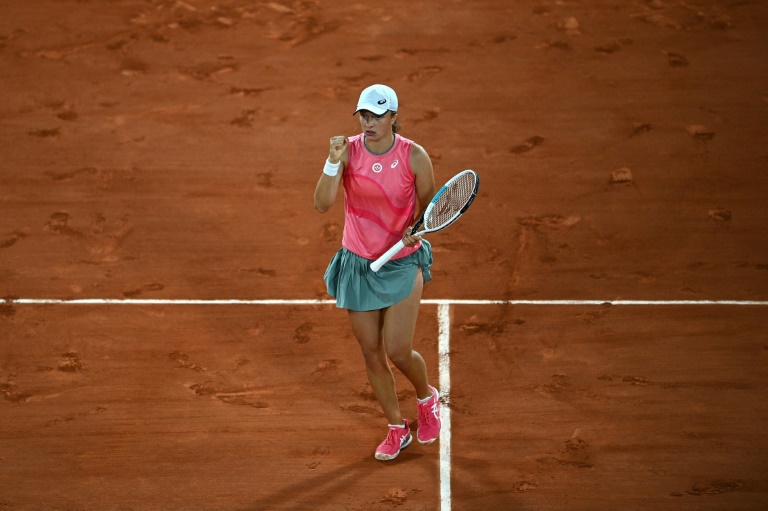 "Thank you Sir Andy! Are you by any chance up for a practice? I really need to improve my skills on grass," she tweeted back to the former world number one.

Murray replied: "Anytime just promise to go easy on me as I'm a bit old and fragile now!"

Like Krejcikova, Swiatek is also into the women's doubles semi-finals with US partner Bethanie Mattek-Sands.

Meanwhile, the latest easing of Covid-19 restrictions in France from Wednesday and a later curfew from 11pm means a rise in the number of spectators at Roland Garros.

The final evening session of the tournament will have spectators for the first time with 5,000 fans able to watch the Djokovic-Berrettini quarter-final.