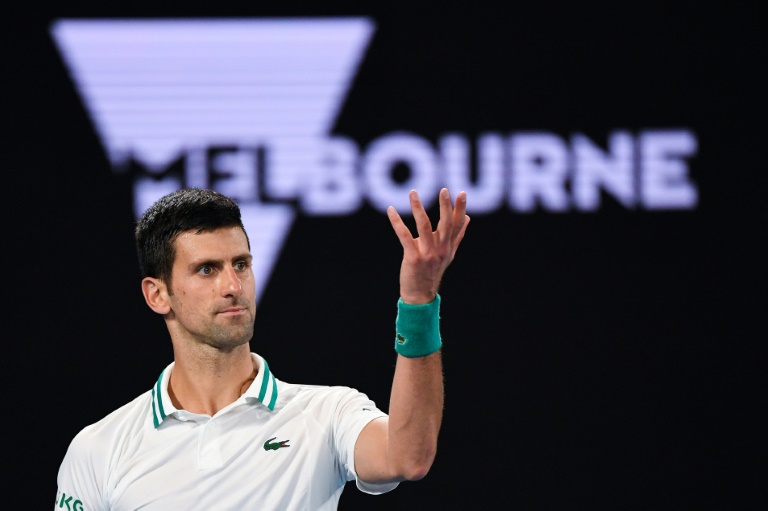 All players heading to Australia for the opening major of the year in January must be vaccinated against COVID, casting doubt on whether the Serbian world number one will play.

Djokovic, who is gunning for a record-breaking 21st Slam crown, has refused to reveal if he has been inoculated.

"He has not shared his status with anyone," Tiley told sports radio station SEN.

"He believes that what you say around your medical position is private and he believes people should have the right to choose."

But Tiley added: "Novak has won nine Australian Opens and I'm sure he wants to get to 10.

"He's on 20 Grand Slam titles as is Rafa Nadal, who is coming, and Roger Federer, so one of them is going to surpass the other.

"I don't think Novak will want to leave that feat to someone else.

"One thing is for sure, if he is playing here in January, then he is vaccinated."

Djokovic said at the weekend that "we'll have to wait and see" when asked whether he will be at Melbourne Park to defend his title.

Currently, around 85 percent of players have got the jab and Tiley said he expected that to reach between 95 and 100 percent by January.

"We take a lot of credit for that because we put a vaccination requirement on it (coming to Australia)," he said.

His comments came as the season-opening schedule was released after repeated delays as organisers worked out what could be played where as Australia gradually relaxes state and international borders after long Covid lockdowns. 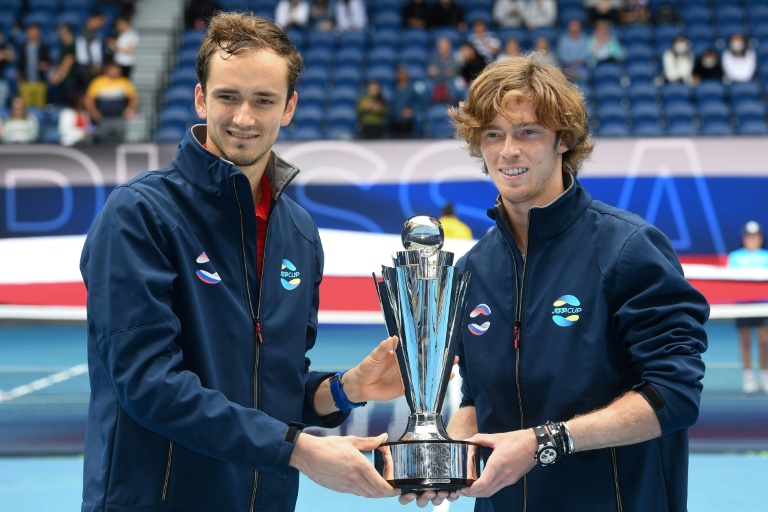 Russia's Daniil Medvedev (left) and Andrey Rublev celebrate winning the ATP Cup earlier this year in Melbourne. The 2022 event will be played in Sydney it was announced on Thursday

All Australian Open lead-up events took place at Melbourne Park this year in bio-secure conditions after players were forced to quarantine in hotels for 14 days.

Fully vaccinated players are expected to be able to enter Australia without being quarantined or confined to bubbles in 2022, with Sydney and Adelaide returning to the calendar.

Brisbane, Perth and Hobart, which traditionally hold events, miss out for a second year, as does Auckland in New Zealand.

"It is not news to anyone that the pandemic, closed borders and varying rates of vaccination created a massive challenge for us and led to the changes specifically for the summer," said Tiley.

"It's why we waited as long as possible to secure optimal conditions for the players and fans in as many locations as we could."

The men's ATP Cup, won this year by a ruthless Russian team spearheaded by Daniil Medvedev and Andrey Rublev, and by Djokovic's Serbia the year before, will kick off the season on January 1 in Sydney.

It will be followed the week after by the Sydney Tennis Classic, a combined men's and women's ATP-WTA event.

Top-level tennis returns to Adelaide with a fortnight of combined men's and women's competition from January 2.

There will also be action in Melbourne with three tournaments -– two WTA and one ATP -- from January 3-9 ahead of the Australian Open starting on January 17.