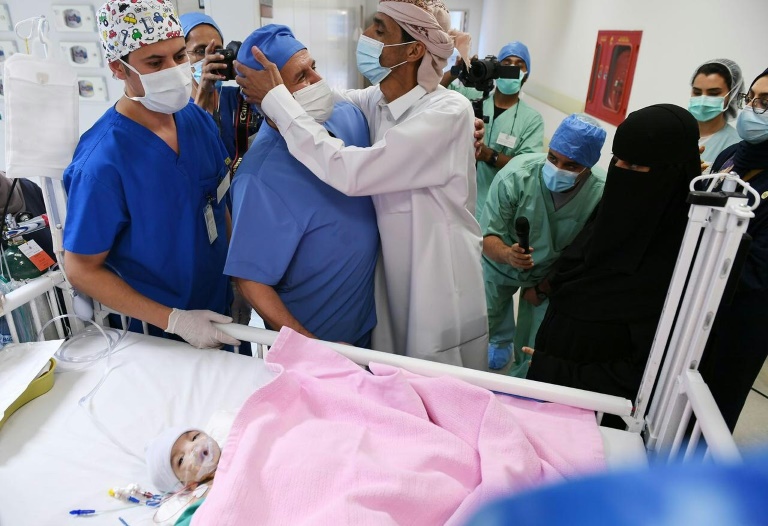 RIYADH - A team of doctors in Saudi Arabia has separated a Yemeni baby from her parasitic twin, authorities said, marking their 50th successful operation on conjoined twins.

The procedure to separate her took seven hours and 45 minutes and involved a team of 25 medical staff including doctors, technicians and nurses, said the state-run King Salman Humanitarian Aid and Relief Center.

"The surgery went very well... the coordination between the team was excellent," Dr. Abdullah al-Rabeeah, head of the team, told Arab News.

"We managed to get the baby awake and she is opening her eyes... she even interacted with her mother just at the exit of the operating room.

"We are happy, we are celebrating the 50th success and we will continue to help those who are in need."

A parasitic twin occurs when a twin embryo begins to develop in the mother, but ultimately does not separate. This results in a semi-formed twin adjoined to the body of the developed twin.

The official Saudi Press Agency said Aisha is from Al-Mahra province in war-torn Yemen, where a Saudi-led military coalition is backing the government against the Iran-backed Huthi rebels.

Yemen has been mired in a devastating war for over six years which has left it on the brink of famine and with a healthcare system in ruins.

The fighting has killed tens of thousands and left some 80 percent of Yemenis dependent on aid, in what the UN calls the world's worst humanitarian crisis.