Doctors Without Borders: 50 years of emergency, revolt and dreams 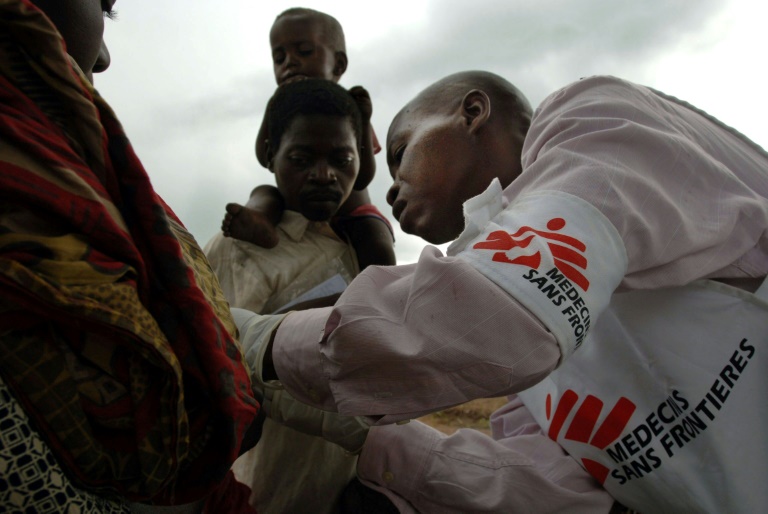 For half a century, Doctors Without Borders (MSF) has brought medical assistance to the victims of earthquakes, famines, epidemics, conflicts and other disasters. AFP/Lionel Healing

PARIS - It grew out of the ideals of a group of newly qualified French doctors who wanted to be on the ground helping those most in need anywhere in the world.

For 50 years, Doctors Without Borders (MSF) has brought medical care to the victims of earthquakes, famines, epidemics, conflicts and other disasters.

Today, from helping those displaced by Yemen's civil war, to fighting the Ebola virus in Africa and saving migrants in the Mediterranean, the organisation has about 100 operations in nearly 75 countries.

But its evolution from being the dream of a dedicated few with little or no resources, to becoming globally recognised for its humanitarian work -- winning a Nobel Peace Prize along the way -- has not been without controversy or acrimony.

"From a dream, we created an epic story," Xavier Emmanuelli, 83, a co-founder of MSF, told AFP proudly.

"We wanted to go wherever people are suffering. Today that may seem trite, at the time it was revolutionary," said another of its founders, Bernard Kouchner.

The dream, however, began from a nightmare.

In 1968, the Biafra war was raging between secessionists in southeastern Nigeria and government troops.

Civilians were being killed by bombs and famine, due to a blockade by authorities.

In Paris, where in May that year students and unions took to the streets in revolt, several doctors just out of university responded to an appeal by the International Committee of the Red Cross (ICRC).

Arriving in Nigeria, they were to witness the horror and chaos for themselves. 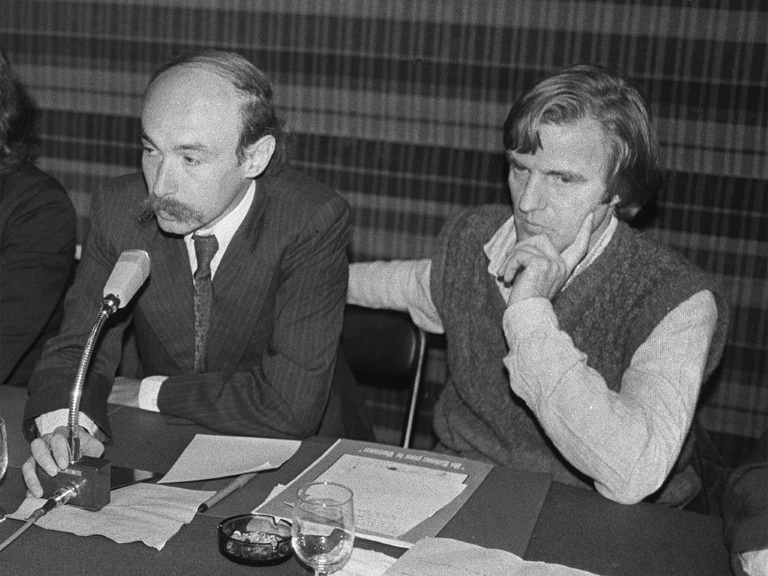 "We weren't prepared," Kouchner, who was one of them and is now aged 81, told AFP.

"The children were dying en masse because the army was blocking all supplies. It was clear to us young doctors that speaking out against this situation was our duty as medics."

Flying in the face of the ICRC's policy of silence, the doctors decided to expose the realities of the Biafra conflict through the media.

In providing care -- but also bearing witness -- the move gave rise to the modern concept of humanitarian aid.

MSF was founded in December 1971, its name chosen during an evening of smoking and drinking, Emmanuelli recalled.

The early days were difficult. Without funding, the nascent organisation effectively served as a source of doctors for hire by other NGOs. 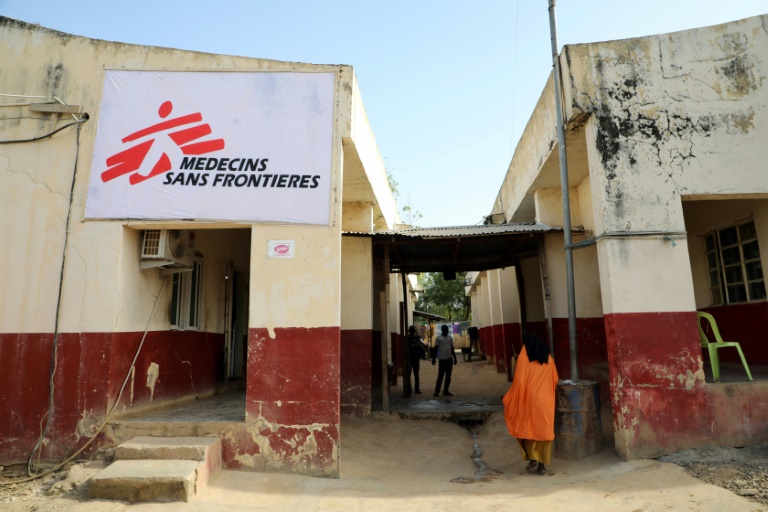 Today, MSF has about 100 operations under way in nearly 75 countries

Although a publicity campaign in 1977 got the NGO's name more widely known in France, initial missions often turned into harrowing ordeals.

When, as a young doctor Claude Malhuret set off for Thailand in 1975, full of enthusiasm for the task at hand of helping victims who had fled Cambodia's Khmer Rouge, he was soon disillusioned.

"It was terrible. We had nothing, you had to get by for everything," the 71-year-old centre-right member of France's parliamentary upper house told AFP in an interview at his office.

That applied to finding equipment, setting up the camp and even having medicines and food, he said.

The experience shook everyone up, he added, and made it clear they could not go on just cobbling things together.

For a while by now, those running MSF bitterly disagreed about its future path.

On one side were those who wanted to keep it a small group of friends operating in "commando" mode; on the other, newer members were bent on expansion.

The situation came to a head in 1979 over Vietnam when Kouchner, then MSF president, mobilised Paris intellectuals including philosopher Jean-Paul Sartre to charter a boat to pick up refugees fleeing the communist regime.

That style of activism annoyed rivals within the organisation who voted down the move, leading to some members including Kouchner leaving the NGO. 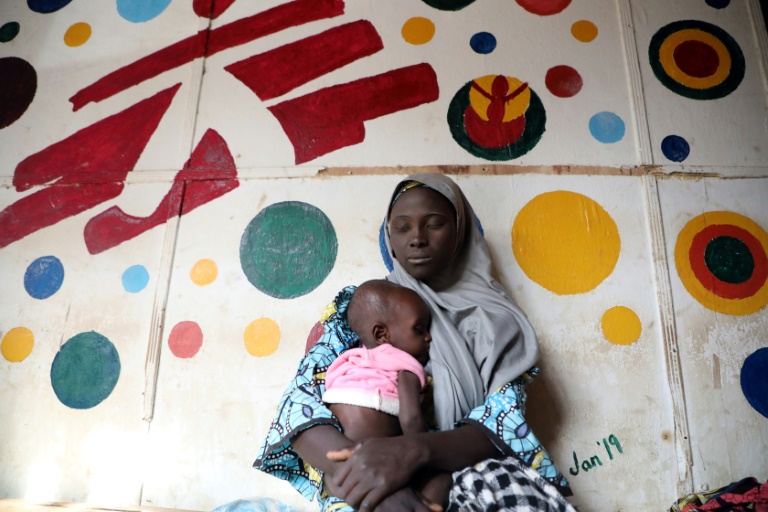 With an independence afforded by private funding, MSF does not shy away from speaking out

He went on to set up the campaigning medical organisation, Medecins du Monde (Doctors of the World).

But the wounds of that episode still sting four decades later.

"A sad power struggle," Kouchner, who was France's foreign minister between 2007 and 2010, said of the incident.

But for Emmanuelli, an ex-state secretary for humanitarian action, Kouchner's courting of the media was not the way forward.

A new chapter began, in which the organisation started becoming more professional and international branches were set up.

"To grow, we needed money. I went to the United States to learn 'fundraising'," Malhuret said.

With an independence afforded by private funding, MSF does not shy away from speaking out.

Lawyer Philippe Ryfman, who specialises in the humanitarian field, said that MSF had not followed the principle of neutrality and respect for the sovereignty of states that is upheld by the ICRC.

"They (MSF) don't hesitate to speak up to mobilise public opinion," he said.

It sent teams in secretly to help the Afghans after the country's 1979 Soviet occupation, where the reputation of the "French doctors" grew internationally.

"We were the only ones to see the effects of the war," Juliette Fournot, who organised MSF missions to Afghanistan until 1989, said.

On a daily basis, the medics were having to carry out amputations on children and treat farmers for napalm burns.

"Bearing witness was very important, still today the Afghans remember us," she said.

But in Ethiopia, in 1985, speaking out had direct consequences for MSF's work. 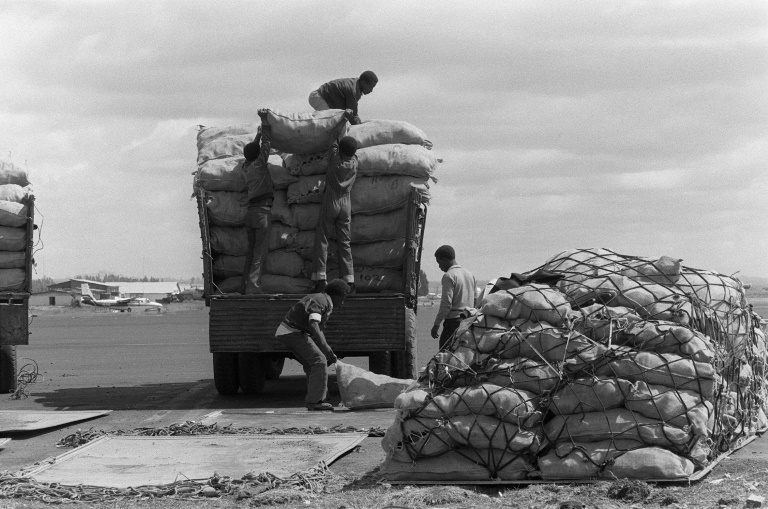 When MSF publicly criticised the Ethiopian government in 1985, it was expelled from the country

"Local authorities were taking advantage of the camps to register refugees and then force them to move to the south and depopulate the rebel areas," she said.

Should the organisation speak out or remain silent?

Rony Brauman, one of its doctors, decided to publicly criticise the Ethiopian government -- MSF was expelled from the country.

"The aid had become an instrument in the hands of a criminal regime for whom we didn't want to be an accomplice," he said.

MSF has gone on publicly speaking out on crises, such as after Saddam Hussein's regime crushed the Iraqi Kurds after the Gulf War.

In 1991, the UN Security Council approved a military operation to help and protect the displaced.

Although at the time some welcomed the beginnings of "a right of humanitarian interference", MSF was concerned about the blurring of lines between military and relief work.

A year later, the controversy continued in Somalia as it headed towards civil war and famine.

Under a UN mandate, US troops and UN peacekeepers were deployed to Mogadishu to ensure the safety of food distributions.

In Bosnia in 1992 and two years later in Rwanda, MSF called for military interventions to stop exactions by the Serbs and the Tutsi genocide.

Jean-Herve Bradol, an MSF doctor, was soon struck by the scale of the killings on his arrival in Kigali in April 1994.

"It was all going very quickly, we were seeing people disappear and trying to put into words what was happening," he recalled.

"We ended up buying advertising space in (the newspaper) Le Monde to say that we won't stop a genocide with doctors, and that an international military intervention is necessary.

In 1999, MSF won the Nobel Peace Prize, which enabled it to finance a campaign for wider access to medicines for treating tropical diseases or AIDS.

Today, within its international structure, it has 25 national sections employing 61,000 people, two thirds of whom are deployed on the ground.

Its annual budget is nearly 1.6 billion euros ($1.9 billion), 99 percent of which comes from private donations. 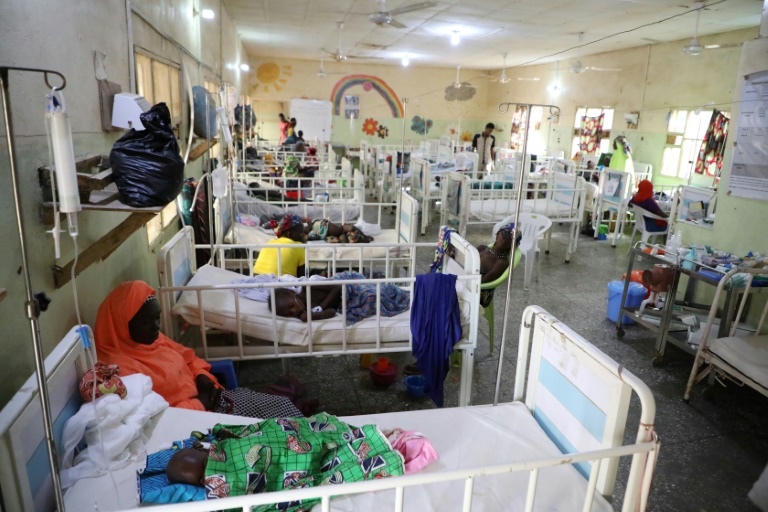 As MSF marks its 50th anniversary, it faces changing humanitarian priorities, with terrorism, migrants and poverty now some of the most pressing challenges

"MSF has become the undisputed number one for medical emergencies in the world," Ryfman said.

Its decisions don't always go down well however, such as when it quickly halted its appeal for the survivors of the 2004 Indian Ocean tsunami because it said the emergency had passed.

Its expansion, too, raises questions, even within its own ranks.

"We've become a big bureaucratic machine with support departments which put pressure on the people in the field to have reports and Excel tables," head of the French section, Mego Terzian, 51, said.

But, while acknowledging that MSF France is no longer entirely master of its own decisions, Brigitte Vasset added that "it's a necessary evil because it has given us enormous resources".

Its financial independence is key, says writer and doctor Jean-Christophe Rufin, who points out that times and priorities have changed.

Terrorism, migrants, poverty and other emergencies at home now pose the most pressing humanitarian challenges, he said.

So what is the future role of MSF, which holds its general assembly on June 10 to 13 in a year when it also marks its 50th anniversary? 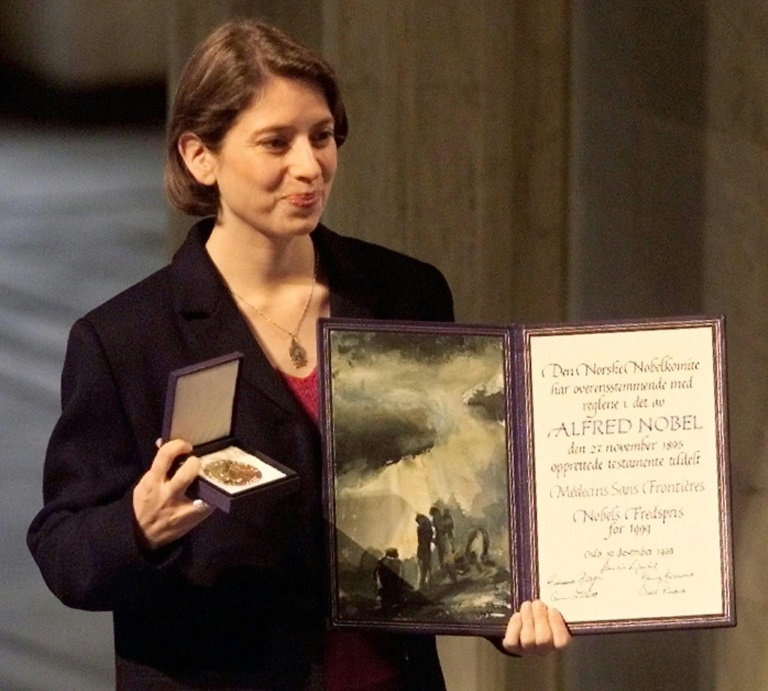 In 1999, MSF was awarded the Nobel Peace Prize

The milestone comes as practices change, the need for aid continues to grow while access to those in need is often obstructed, and keeping staff safe is paramount amid jihadist attacks.

"More and more countries are capable of organising relief on a large scale in the event of a natural disaster," said Terzian.

In the field however, the sense of vocation is still as strongly felt as ever.

Straight out of training, Fanny Taudiere, 29, left for famine-hit southern Madagascar in March.

"It gives meaning, an intensity to life. It's exciting, there are unbelievable encounters, an adventure every day even if on some days, nothing is simple."

Joining MSF was the obvious choice for her.

"They go where others don't, they stay when everybody leaves. And then, they're free to act and speak."