Does screening travellers for disease and infection really work? 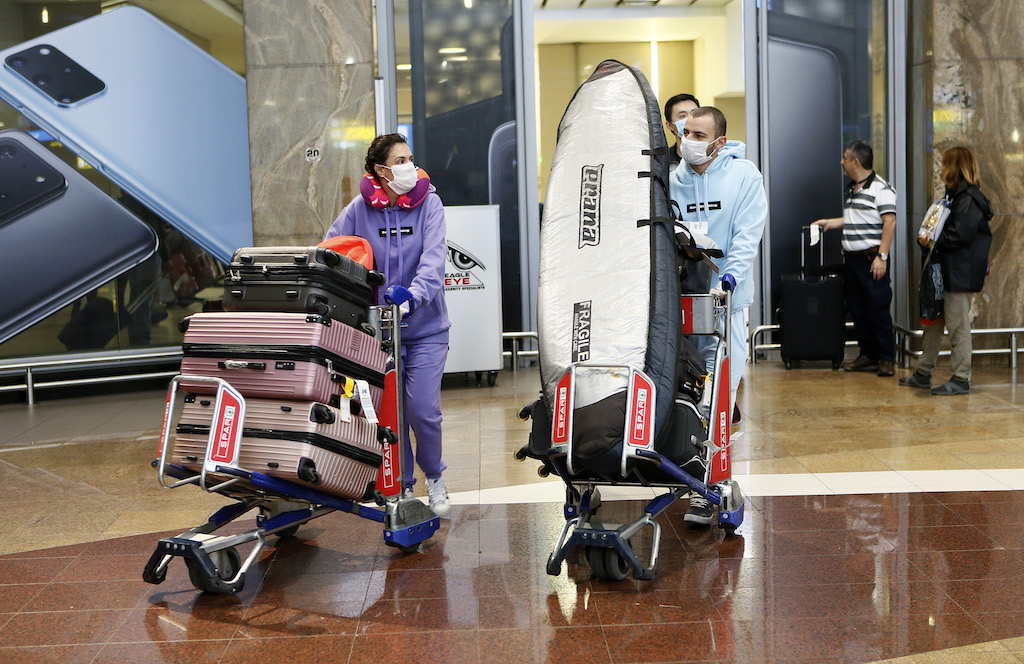 File: Many countries are screening passengers at airports with limited success.

Following the emergence of a new coronavirus late last year, China closed its borders to prevent the disease from traveling. Yet many people had already left Wuhan, which allowed the virus to move with people as they traveled around the world.

As a result, by January 23, cases had emerged in Thailand, Japan and the US, with France, Australia, South Korea, Vietnam and Taiwan isolating cases soon after.

Subsequently, the US government issued a “Do Not Travel” alert, Level 4, advising citizens not to travel to China due to the ongoing epidemic. By mid-January, the Centers for Disease Control and Prevention in conjunction with state and local public health authorities established screening protocols at three U.S. airports for passengers arriving from China.

These entry points were expanded to 20 airports. As of March 6, the United States reported 129 confirmed cases and nine deaths linked to the virus, unrelated to recent travel outside of the US.

Can restricting the flow of people across national borders stop a new pathogen from causing a pandemic in a world of 8 billion people who can circumnavigate the globe in 24 hours? I am an epidemiologist, and my research focuses primarily on infectious disease and how our culture and history is shaped by disease transmission in populations. My recent research provides some insight into how well screening efforts work.

Many countries are screening passengers at airports with limited success. Despite improved technology in the past decade, passengers who are incubating a disease and have no clinical signs or symptoms may pass through the checkpoints undetected. Passengers who fly to the US from China arrive in one of 20 airports and are screened at these entry points. They complete a short questionnaire about their travel, symptoms and contact information.

CDC employees will take the temperature of the passengers using a hand-held scanner that doesn’t touch the skin and assess travellers for any signs of coughing or breathing difficulties.

There are many studies that have taken a retrospective look at the success of using entry/exit screenings. One of the most recent points-of-entry screenings was used in an attempt to slow the spread of Ebola from western Africa in 2014. In that situation, more than 300,000 passengers were screened in the three countries where the epidemic emerged. No cases were detected, yet four cases actually were exported. Those individuals had no symptoms at the time of screening.

The emergence of another coronavirus in 2003 also tested the effectiveness of screening people’s arrival into a country in an effort to stop the spread of an infectious agent. During the Severe Acute Respiratory Syndrome epidemic, officials used thermal scanners and the public health concepts of isolation and quarantine. A follow-up study showed that these thermal, or infrared, systems can be influenced by human activity, such as skin temperature versus body core temperature. In addition, environmental and other equipment variables prevented accurate readings.

The public health response to the current pandemic is much improved compared to the SARS pandemic in 2003. Communication with China is moving more quickly, allowing the public health infrastructure in different countries to respond using case identification, isolation and quarantine efforts. This was evident in the relatively low number of person-to-person infections and transmitted cases in the US until this week.

The difficulty of containing disease

Screening to control infectious diseases isn’t a new idea. It has been around for more than 500 years.

In an attempt to control the Black Death, or plague, during the 14th century, government officials created a sanitary cordon, or barrier, in Venice to limit the movement of people and goods into and out of the city in an effort to stop the deadly disease. In this instance, the strategy wasn’t successful because no one understood, yet, the role of the rodents and fleas in the disease transmission cycle.

At the beginning of the 20th century, during an outbreak of plague in San Francisco, California, the government attempted to implement a barrier around Chinatown in an effort to stop plague from leaving the neighbourhood, again unsuccessfully. This led to fear and a lack of trust of the government and medical community as well as racism and xenophobia.

Border screening for SARS and the recent H1N1 influenza pandemic were equally unsuccessful due to the inability of the testing methodologies to identify those with disease, lack of sufficiently trained personnel to screen people and the challenge of how to identify passengers who may be incubating a disease but don’t exhibit symptoms.

While screening doesn’t stop the spread of disease, this is one step that can be taken to slow its spread and provide valuable time to put in place other measures, such as distributing test kits. Screening travellers has proved beneficial in other ways. It can help discourage ill travellers from travelling. In addition, screenings have raised awareness and education about the spread of disease and ways that travellers can protect themselves. Passengers who don’t have any symptoms may be given cards at points of entry with instructions by health officials on what to do if a problem develops.

The importance of public health is also a noteworthy finding from these studies. Are there services that need to be wrapped around these screening efforts if a case were to be detected, such as transportation, isolation, quarantine, contact tracing and outbreak management? Having strategies like these in place prior to screening is necessary to make screening effective and efficient.

[You’re smart and curious about the world. So are The Conversation’s authors and editors. You can read us daily by subscribing to our newsletter.]