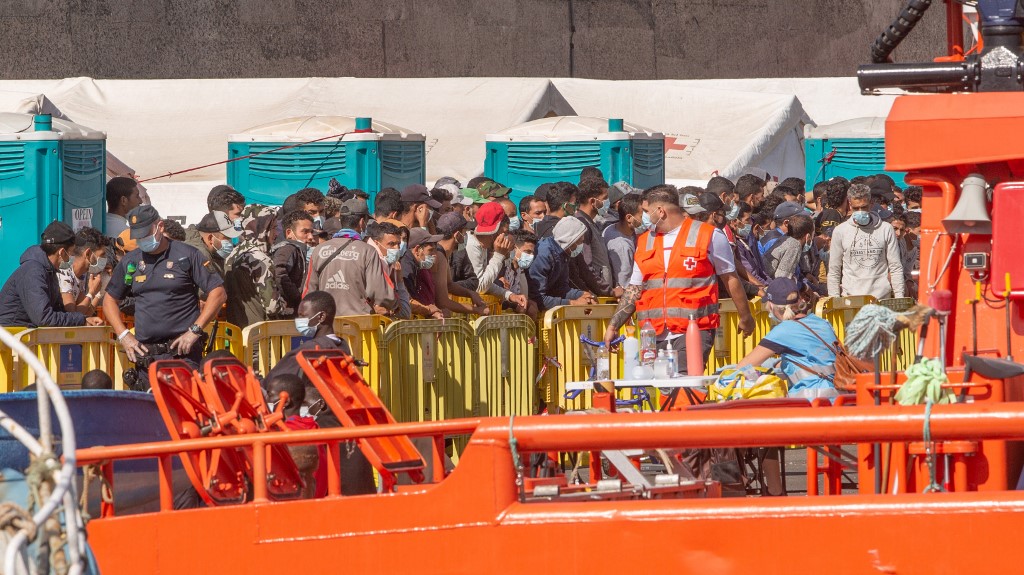 FILE: A group of migrants arrive at the Port of Arguineguin after being rescued by the Spanish coast guard in the Canary Island of Gran Canaria on November 23, 2020.

Over 150 migrants rushed the border fence and around 6am (0500 GMT) and 59 managed to get across, the office of Spain's central government said in a statement. Three police officers and two migrants were lightly injured, it added.

The migrants who managed to get into Melilla were taken to a health centre where they will be tested for the coronavirus and they will then have to undergo a quarantine.

Melilla and Ceuta, another Spanish territory in North Africa, have the European Union's only land borders with Africa, making then-popular entry points for migrants seeking a better life in Europe.

But while the overall number of migrants reaching Spain rose last year, the number crossing the land border into Ceuta and Melilla plunged by 72-percent compared with 2019 to 1,755, according to interior ministry figures.

During the first two months of 2021, a total of 389 migrants entered the two territories, compared to 969 during the same time last year.

The last major breach of the border fence by migrants occurred in January when nearly 90 migrants made it into Melilla.