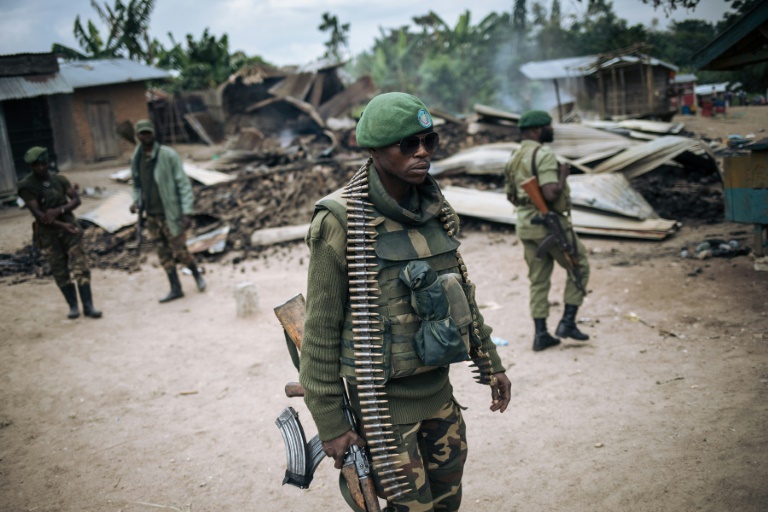 BUNIA - Fighting between government forces and an armed group in eastern DR Congo erupted on Wednesday for the fifth day running, local sources said, as a respected monitor said dozens of rebels had been killed.

Members of a group called CODECO -- for Cooperative for the Development of the Congo -- launched an offensive against government troops on Saturday in Djugu, Ituri province.

The Kivu Security Tracker (KST), a US-headquartered NGO that monitors violence in the region, gave a death toll of 42 rebels and two troops, while four wounded soldiers had been evacuated by UN forces.

But a local source who had contacts with people on the ground said the army toll could be higher -- "there were casualties on both sides."

CODECO is an armed political-religious sect that has been linked to more than 1,000 deaths since December 2017.

In the latest clashes, CODECO gunmen seized the town of Fataki three times before being dislodged by government troops in heavy fighting, a local source said.

Several hundred residents have fled to the safety of a United Nations base several kilometres (miles) away, a source with the UN peacekeeping force said.

Movement on the key RN27 highway linking Ituri to Uganda has stopped.

CODECO is one of more 120 armed groups that roam eastern Democratic Republic of Congo, many of them a legacy of bloody wars more than a quarter of a century ago.

Ituri and neighbouring North Kivu have been placed under a "state of siege" by President Felix Tshisekedi, who has vowed to clamp down on the violence.

Under this measure, civilian governors have been replaced by senior army and police officers, with the aim of speeding up decision-making.

Meanwhile, Tshisekedi met with Uganda's President Yoweri Museveni on Wednesday on the Congolese side of their countries' border, launching a road construction project.

"I know that this is a project which, when it is realised, will increase trade between our two countries," Tshisekedi said, also referring to it helping in the "fight against insecurity".