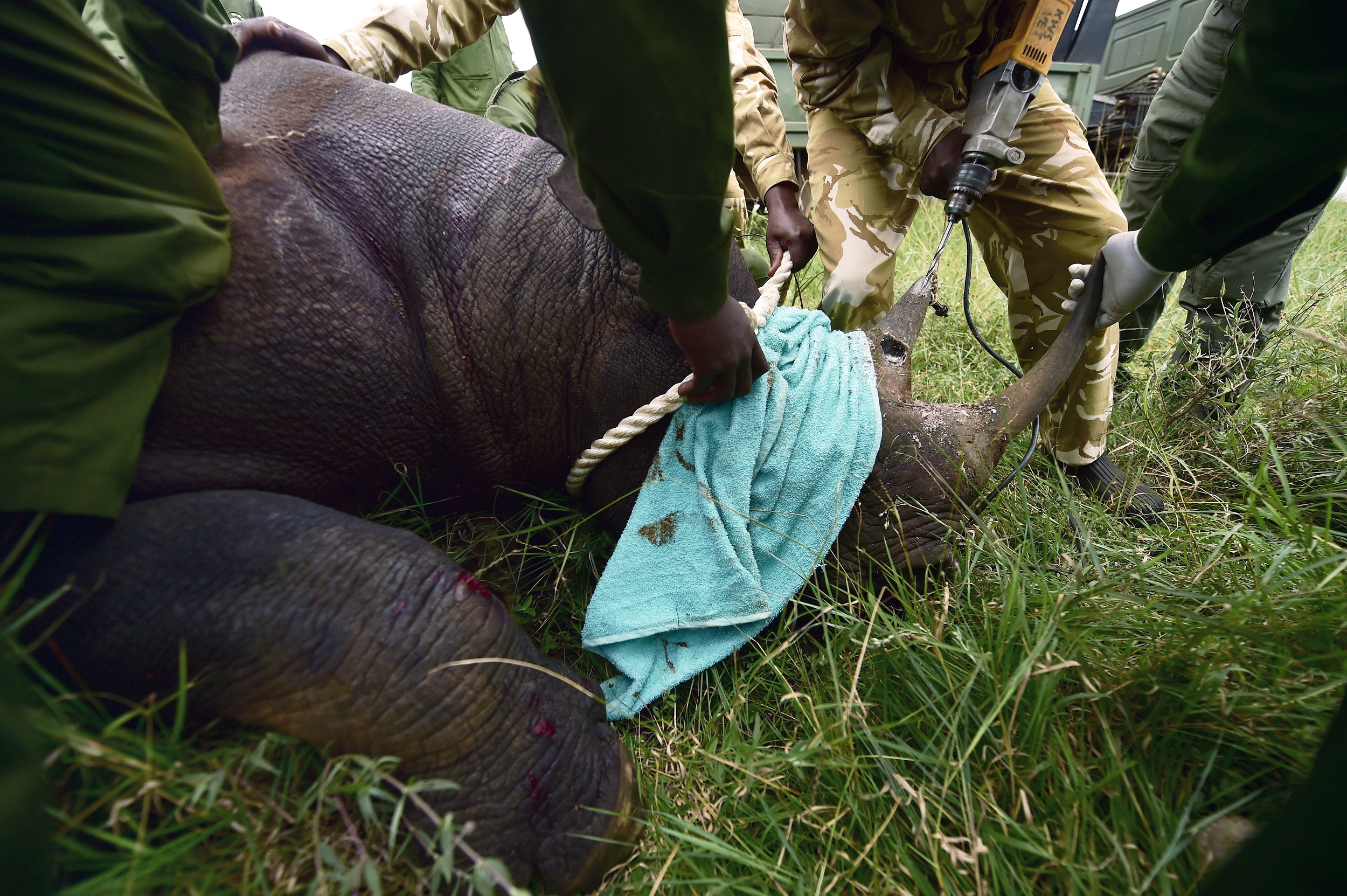 File: Dehorning is controversial, especially as it makes male rhinos vulnerable in fights.

PILANESBURG - South Africa has dehorned dozens of rhinos in three popular game parks, aiming to prevent armed poachers taking advantage of the post-COVID-19 crash in tourism to kill them for their horns.

The exercise in Pilanesburg National Park and the Mafikeng and Botsalano game reserves -- all northwest of Johannesburg -- leaves the rhinos with horn rumps too small for poachers to bother with, Nico Jacobs, helicopter pilot and founding member of non-profit Rhino 911 told Reuters.

Experts fear the absence of tourists may already have spurred a poaching spike.

Working with authorities, they began dehorning three years ago. Jacobs said they had since seen a drop in poaching. The numbers of rhinos in the parks, and how many have been poached, are kept secret to protect them.

"I've seen so many slaughtered, butchered rhinos. What is the solution?" he said. "For them (poachers) to come when there's lions, elephants ... It's too much risk for that little piece," he said.

As the world marks World Environment Day on Friday, the threat from humans to other species' survival -- and ultimately our own -- is a growing concern to conservationists.

On Monday, scientists published a study showing that humans are causing mass extinction on a scale unseen since a meteor wiped out the land dinosaurs 65 million years ago, the sixth large-scale extinction in Earth's history.

Rhinos have been around for 30 million years, but decades of hunting and habitat loss have reduced their numbers to about 27,000 today, according to the International Rhino Foundation.

A poaching surge has wiped out thousands in the past three years. "In order to ... give the population a chance to grow again, we need to relieve the pressure on them ... (by) dehorning," Pieter Nel, acting head of conservation of the North West Parks board, said.

Rhino horn sells for $60,000 a kilogram, more than cocaine or gold. In East Asia, it is used in medicinal potions, despite containing the same key component as human fingernails.

Dehorning is controversial, especially as it makes male rhinos vulnerable in fights. But they are not essential for survival, and, like fingernails, they grow back.