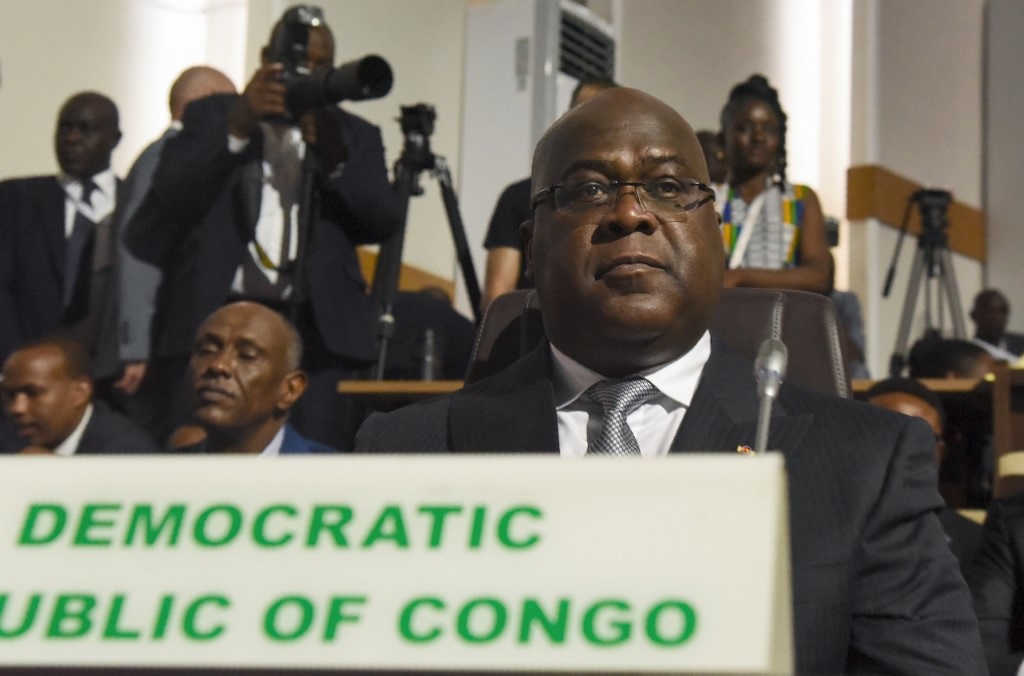 DRCongo President Felix Tshisekedi looks on during the opening of the African Union summit at the Palais des Congres in Niamey, on July 7, 2019.

KINSHASA - DR Congo authorities have banned political rallies this week in the capital Kinshasa because of tensions between supporters of President Felix Tshisekedi and those of former leader Joseph Kabila, police said Sunday.

Tshisekedi was elected in December to replace Kabila who presided over sub-Saharan Africa's biggest country for nearly two decades.

Tensions rose in the capital after the youth wing of Tshisekedi's Democracy and Social Progress party (UDPS) announced it would hold a protest against the candidacy of a former justice minister for the senate presidency.

In response, the pro-Kabila Red Berets movement said it would hold a counter-march to support the candidacy of Alexis Thambwe, who is considered by many a hardliner from the Kabila regime.

Kinshasa police chief General Sylvano Kasongo told state television that given the tensions in the capital, Kinshasa's governor had banned all political rallies for this week.

"He instructed the police to take all appropriate measures. Anyone who attempts to march or disturb the public order this week will find the police in their way," he said.

UDPS youth wing spokesman Fils Mukoko told reporters they wanted to protest against seeing "the same faces in charge of the country's institutions or in the government."

Kabila's Common Front for Congo (FCC) coalition won comfortable majorities in both houses of parliament as well as provincial assemblies, and his supporters also dominated elections for the governorships across the country.

None of the candidates the FCC presented for seven key Senate posts are from Tshisekedi's CACH alliance in the legislature despite an agreement to work together between the two political blocs.

Six months after Tshisekedi's inauguration and more than a month after the appointment of Prime Minister Ilunga Ilunkamba, who was proposed by Kabila, CACH and FCC negotiators are still struggling to agree on the composition of the government.