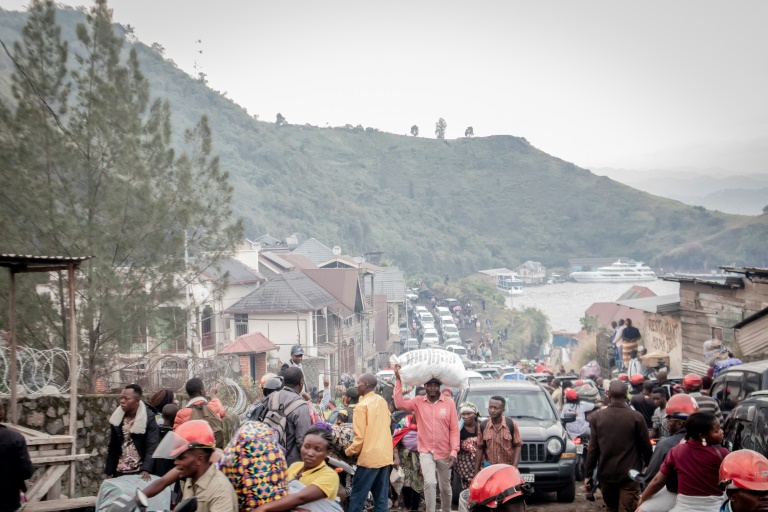 Tens of thousands have fled the city

GOMA - The eastern DRCongo city of Goma was almost deserted Friday after residents fled following a warning that the Mount Nyiragongo volcano might erupt again.

Goma, located on the shore of Lake Kivu, has been on edge since Africa's most active volcano erupted on Saturday, leaving 32 people dead.

Scientists monitoring the volcano have warned of a potentially catastrophic scenario -- a "limnic eruption" that could smother the area with suffocating carbon dioxide.

The city was quiet early Friday, with all the shops closed and just a handful of people on the streets.

Security guards were seen deployed around the local mansions, their windows shuttered, on the shore of Lake Kivu.

An AFP journalist said aftershocks in the city had reduced overnight.

Some families streamed out of the city on foot while others haggled with motorcycle taxi drivers to get them out. Tens of thousands left Goma on Thursday. 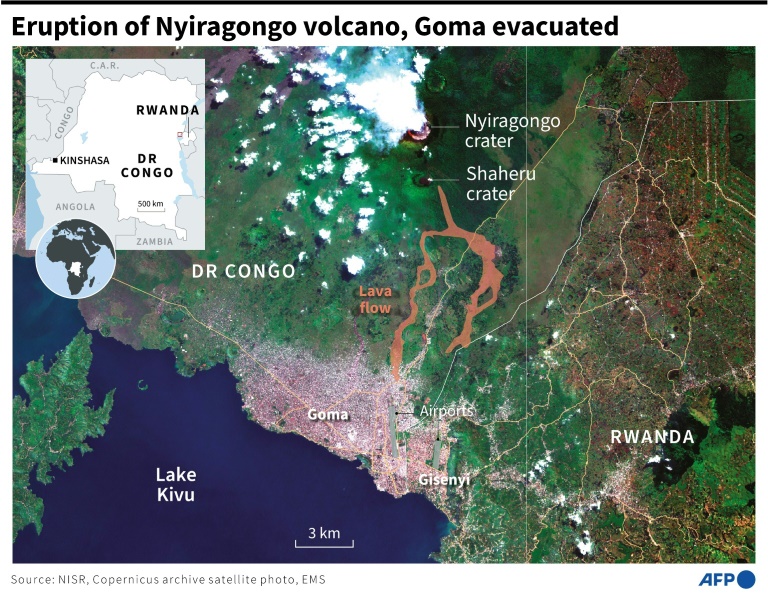 Satellite photo of the zone around the Nyiragongo volcano, showing lava flows towards the city of Goma

Experts  were carrying out a risk assessment at the summit of the volcano, said the government.

General Constant Ndima, the military governor of North Kivu province, has ordered the evacuation of part of the city of more than 600,000.

"Right now we can't rule out an eruption on land or under the lake, which could happen very soon and without warning," he said.

The authorities had arranged transport towards Sake, around 20 kilometres (12 miles) west of Goma, he added.

Although tens of thousands of people fled Goma after Nyiragongo erupted on Saturday night, many subsequently returned. 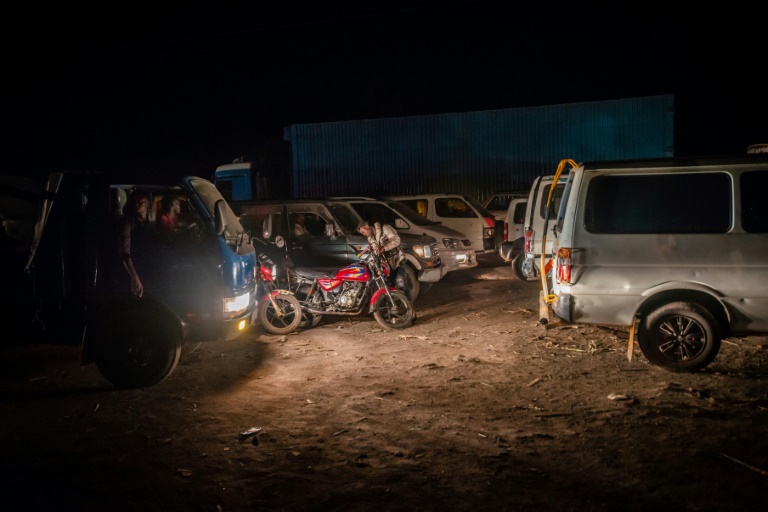 Goma residents fled to Sake, 25 kms northwest of the city

But strong aftershocks have continued to rattle the city, causing some buildings to collapse and leaving residents fearful.

The volcano spewed out two rivers of molten rock during the eruption, one of which came to halt on the edge of Goma after obliterating villages in its wake. 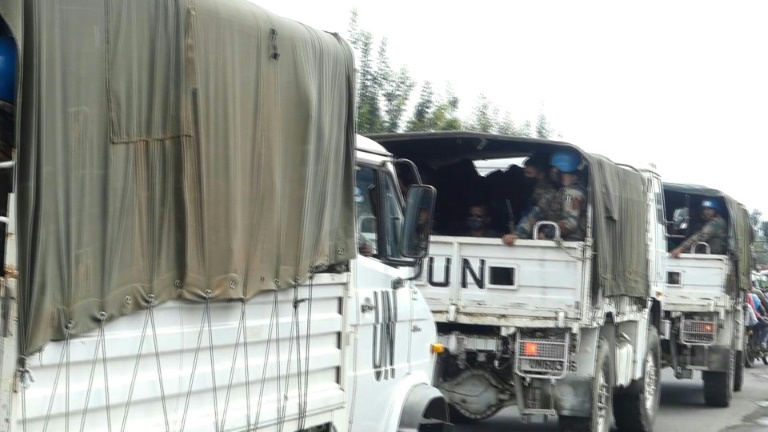 The deadliest eruption on record killed more than 600 people in 1977.