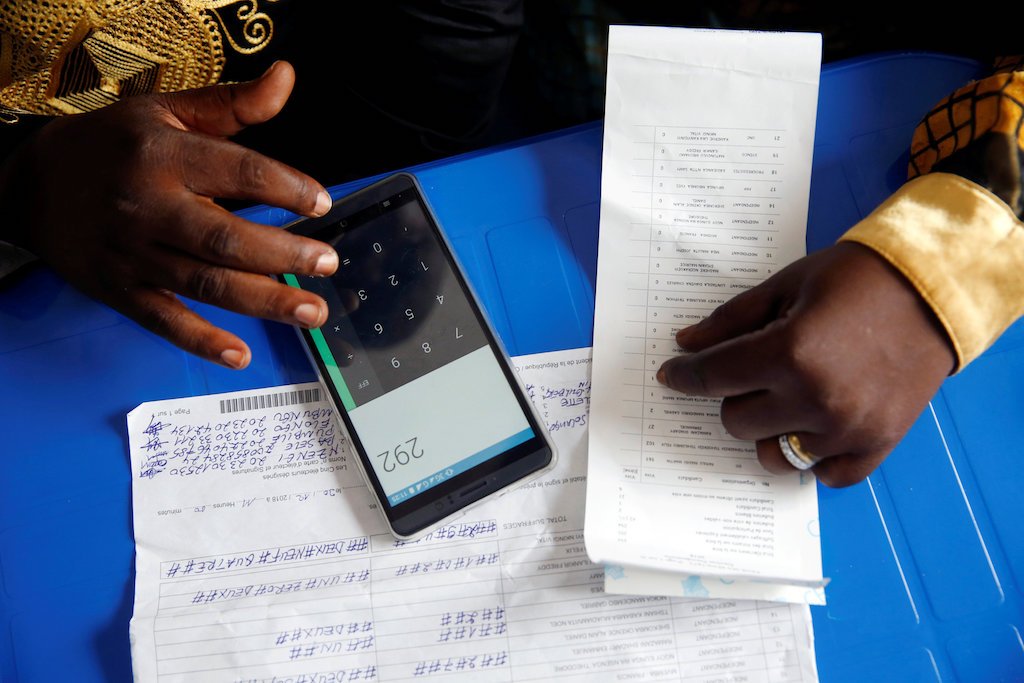 An official from Congo's Independent National Electoral Commission (CENI) uses his phone to calculate the numbers of presidential election votes.

KINSHASA - The DR Congo was on edge on Saturday as officials delayed the announcement of preliminary results from a crucial presidential election amid growing pressure from world powers to respect voters' wishes.

Preliminary results, scheduled for release on Sunday, will now come out only next week, the head of the country's electoral commission told AFP just hours before the deadline.

"It is not possible to publish the results on Sunday. We are making progress, but we do not have everything yet," Corneille Nangaa said.

A new date has not been announced.

At stake is the political stewardship of a mineral-rich country that has never known a peaceful transition of power since independence from Belgium in 1960.

Kabila had been due to step down two years ago, but managed to cling on to power, sparking widespread protests which were brutally repressed, killing dozens.

Sunday's vote, preceded by repeated delays, was relatively peaceful. But tensions have built over the lengthy counting process, amid fears the results could be manipulated to install Kabila-backed Shadary in power.

The Independent National Electoral Commission (CENI) had promised to announce preliminary results on Sunday, followed by a definitive count on January 15.

The new president would be sworn in three days later.

But Nangaa told AFP less than half of ballots had been counted by Saturday afternoon, adding: "Next week, we will announce."

The move could stoke tension in the unstable central African nation of  80 million.

Nangaa has blamed the slow count on massive logistical problems in a country the size of Western Europe with poor infrastructure.