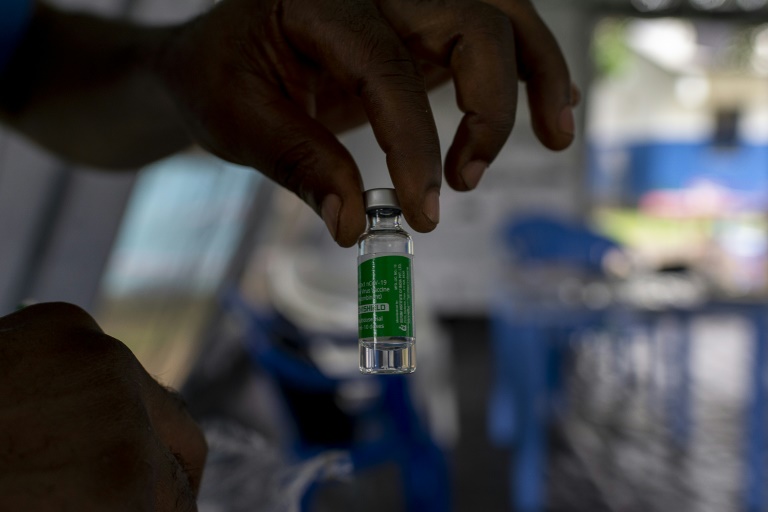 KINSHASA - A year ago, the world kicked off one of the greatest initiatives in medical history: the rush to vaccinate Earth's human population against Covid-19.

Since the launch of mass vaccination in Britain on November 8 2020, billions of jabs have since poured off production lines and rich countries are lining up booster shots to top up protection for their citizens.

But in the Democratic Republic of Congo, there's little talk of a vaccine success story.

Sub-Saharan Africa's biggest country ranks among the least immunised nations in the world, although it has also so far been spared a heavy toll from the pandemic.

According to the latest World Health Organization (WHO) statistics, just 142,913 doses of vaccine have been dished out, and only 56,167 people have been fully vaccinated.

In a population of 90 million, a mere 0.16 percent have received one dose -- and this falls to just 0.06 for those who have been fully vaccinated.

In early March, 1.7 million doses of AstraZeneca vaccine, dispatched via the Covax mechanism for poorer countries, arrived in the DRC to a triumphant welcome.

The DRC authorities postponed the start of vaccinations with AstraZeneca -- the only jab then available in the country -- until mid-April.

But at the same time wild rumours flooded social media, claiming that vaccination made people sterile or that Africans were to be used as "guinea pigs" or even killed.

The coronavirus was presented as a "white man's disease" brought into the DRC by travellers.

Perhaps the biggest blow came from none other than President Felix Tshisekedi, who made his suspicions of the AstraZeneca jab widely known.

"I think I was right not to be vaccinated ... I had my doubts," he said, adding that he preferred to wait for other vaccines before taking the plunge. 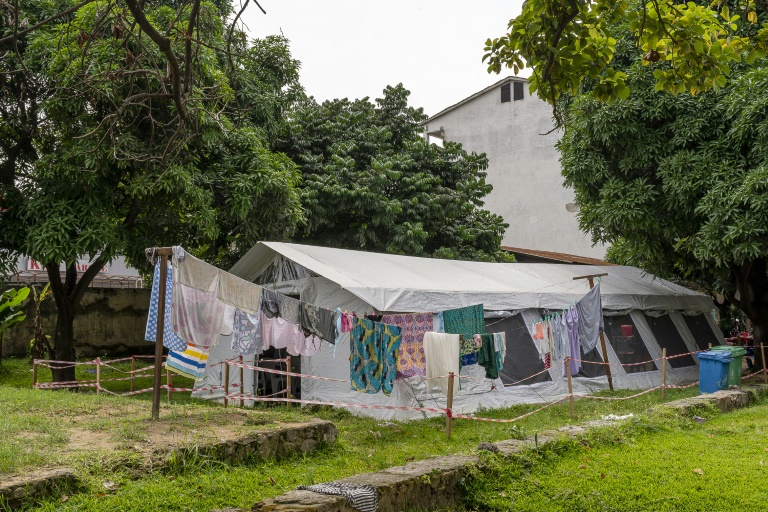 Laundry outside a vaccine centre in Kinshasa in May. Vaccine takeup has been poor in DR Congo - many citizens say they have concerns about the jab or argue that the risk from the virus is not so great

The rollout began so badly that it quickly became clear that the DRC's AstraZeneca stockpile would go unused before it reached its shelf life of four months.

Covax rushed to find other African countries more receptive to AstraZeneca, and 1.4 million of the doses were despatched abroad.

A vaccine shortage then ensued, lasting for more than a month before other formulas arrived.

In mid-September, Tshisekedi received his first dose in front of the official media.

For several weeks the president, his shirt sleeve rolled up, appeared on posters receiving his injection with the message: "I was vaccinated -- do as I did."

'Covid does not exist'

Many Congolese say they have not been vaccinated "yet" or are waiting to see, but among others, scepticism runs deep.

Emmanuel, a 62-year-old police officer, said his wife was vaccinated in France, where she works in the medical profession.

The shot did not make her sick, but her husband remained unconvinced.

"They say that vaccines in Europe are not the same as here," he said by way of explanation.

Fabrice, a 21-year-old architecture student, said he would have to get a jab as he plans to travel to Canada -- but he would not have wanted one otherwise.

"In my opinion, Covid does not exist," Fabrice said, adding he did not even know anyone who has caught it. 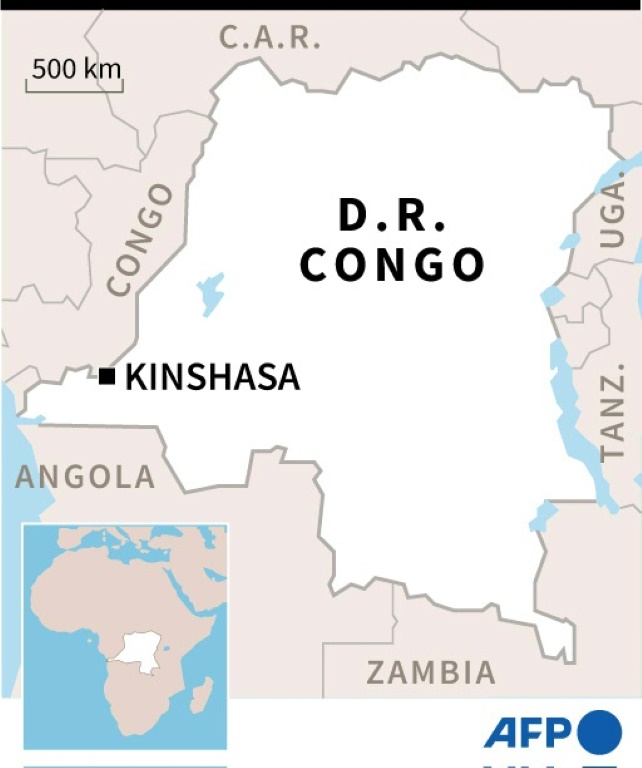 According to official figures, the DRC has had 58,306 confirmed cases of coronavirus, of which 1,103 have been fatal. The WHO cautions that six out of every seven Covid infections go undetected in Africa.

So far, little in day-to-day life in the DRC gives the impression that a deadly pandemic is afoot. The announcement of new and much-feared Omicron variant is barely a week old and its impact has yet to be felt.

"The disease that kills the most in the DRC is malaria," said Genevieve Begkoyian of the UN's children's fund UNICEF.

The mosquito-borne disease claims some 20,000 lives in the DRC each year. In addition, when Covid-19 arrived, the country was also faced with Ebola, measles, yellow fever, polio and cholera, not to mention malnutrition and poverty in general.

Lately, a flurry of activity has been seen in several cities and the media are broadcasting advertisements on tackling the coronavirus, while a vaccination centre was set up on Monday in Kinshasa. 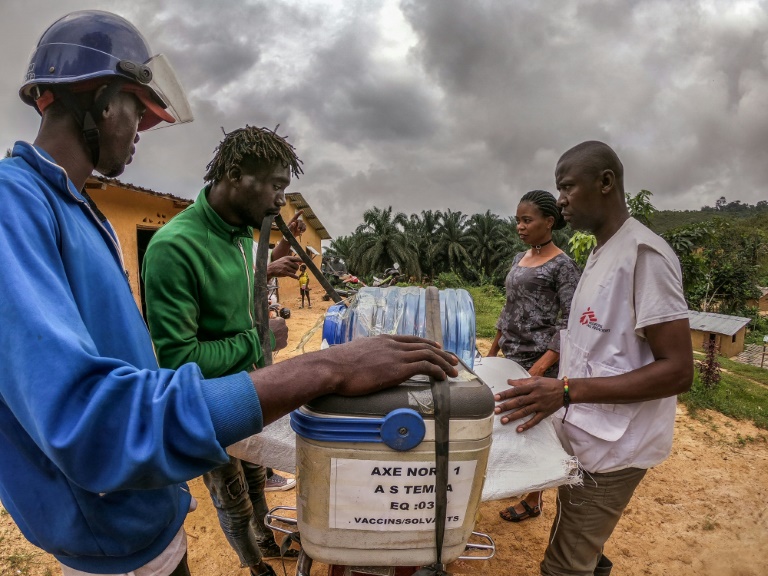 But the DRC has a long way to go.

The country now has a stockpile of more than a million doses of different vaccines, but faces the task of distributing them across a country the size of continental Western Europe where roads and the electricity supply are notoriously poor.

Meeting the challenge is crucial.

The vaccines have a limited shelf life -- failure to deliver in time will mean the authorities will have to toss out unused doses or once more give away another batch of lifesavers.