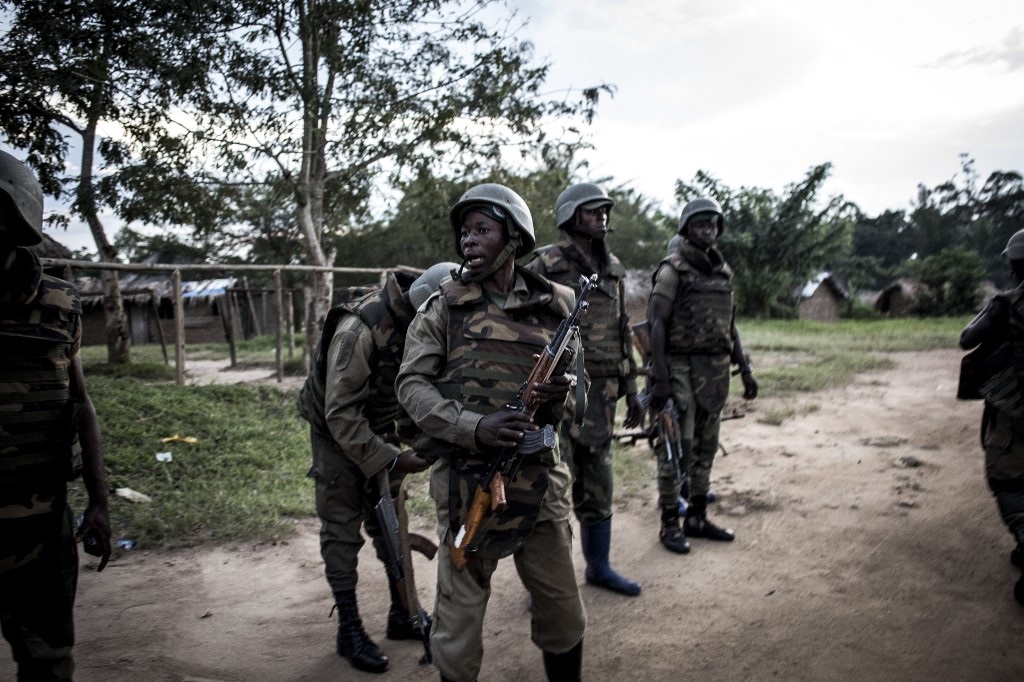 Soldiers from the Armed Forces of the Democratic republic of the Congo (FARDC) are seen gearing up as gunfire erupts close by.

LUBUMBASHI - Democratic Republic of Congo's army has sent a battalion of troops to oust illegal miners from land worked by a majority-owned Chinese company, the military said on Tuesday.

One of the largest cobalt and copper producers in the DRC, Tenke Fungurume Mining (TFM) has frequently protested at incursions into its holdings by subsistence miners.

It says "more than 10,000" illegal miners are at work on its concessions in Lualaba province, in the far south of the sprawling country.

"Since yesterday (Monday), a battalion has been deployed on a dissuasive mission against artisanal miners to get them to leave TFM's mining concessions voluntarily," army spokesman Colonel Emmanuel Kabamba told AFP.

"This mission will last until July 2. After that, the army will use force to dislodge the illegal miners," he warned. "The timescale for the operation will be one week."

TFM says that illicit exploitation and sales have hit revenue from the concessions, which extend over 1,437 square kilometres (555 square miles) in all.

Southern Africa Resource Watch (SARW), an independent regional watchdog based in South Africa, said the deployment of military was "dangerous and potentially counter-productive."

"There is no war but acts of theft are perpetrated against the company by artisanal diggers who are supported, facilitated and encouraged by services of the state," SARW said.

"The deployment of troops, if not well managed, risks turning into uncontrolled violations of human rights, which could undermine the reputation of the company and the chain of supply of Congolese cobalt."

SARW argued that soldiers were not the solution to "a threat to investment and the national economy that requires intervention by all parties," from the president down to local officials.

China Molybdenum has a majority stake in TFM, which is named after two communities living in the mining region.

It has access to high-grade cobalt and copper reserves expected to last for decades.

The Chinese firm bought shares in TFM from US company Freeport-McMoRan for $2.6 billion (2,3-billion euros) in May 2016.