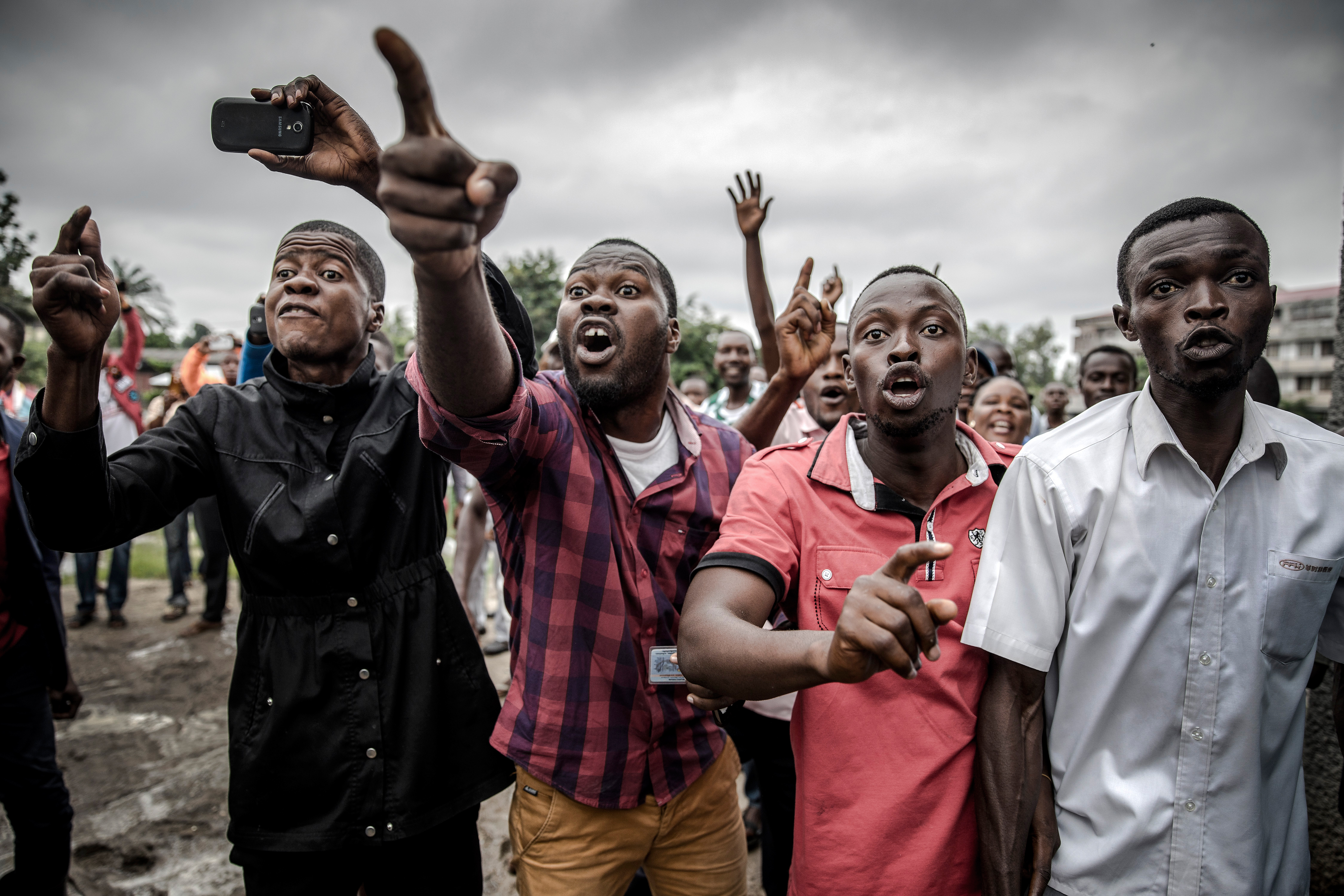 Protesters waiting to cast their ballot, demonstrate outside the College St Raphael polling station, in Kinshasa, on December 30, 2018.

KINSHASA - The DR Congo government said Tuesday it had cut the country's internet services to avert a "popular uprising" as tensions rise pending the results of fractious presidential elections.

The opposition accused authorities of cutting the internet on Monday to thwart activism, while leading Western powers called on the troubled central African nation's government to quickly restore web access.

The long-delayed vote was barely completed on Sunday when the three main candidates -- President Joseph Kabila's hand-picked successor and two opposition leaders -- each claimed that early counts showed them winning.

Kabila's diplomatic advisor, Barnabe Kikaya Bin Karubi, told AFP the national security council had decided it was "imperative" to shut down the internet to allow the electoral commission to finish counting and compiling votes.

"There are people who have indoctrinated the public with false numbers about this election. This has laid the groundwork for a popular uprising," he said Tuesday.

The country's electoral commission said Tuesday that provisional results will be announced on Sunday.

Final results are expected on January 15 and the next head of state will be sworn in on January 18.

A marathon vote count is underway in a climate of deep suspicion about fraud in a country scarred by political turmoil and haunted by memories of violence.

The Democratic Republic of Congo has never had a peaceful transition of power since independence from Belgium in 1960, and bloodshed marred elections in 2006 and 2011.

Worries of a new descent into violence deepened two years ago after Kabila, in power since 2001, refused to quit when his two-term limit expired. 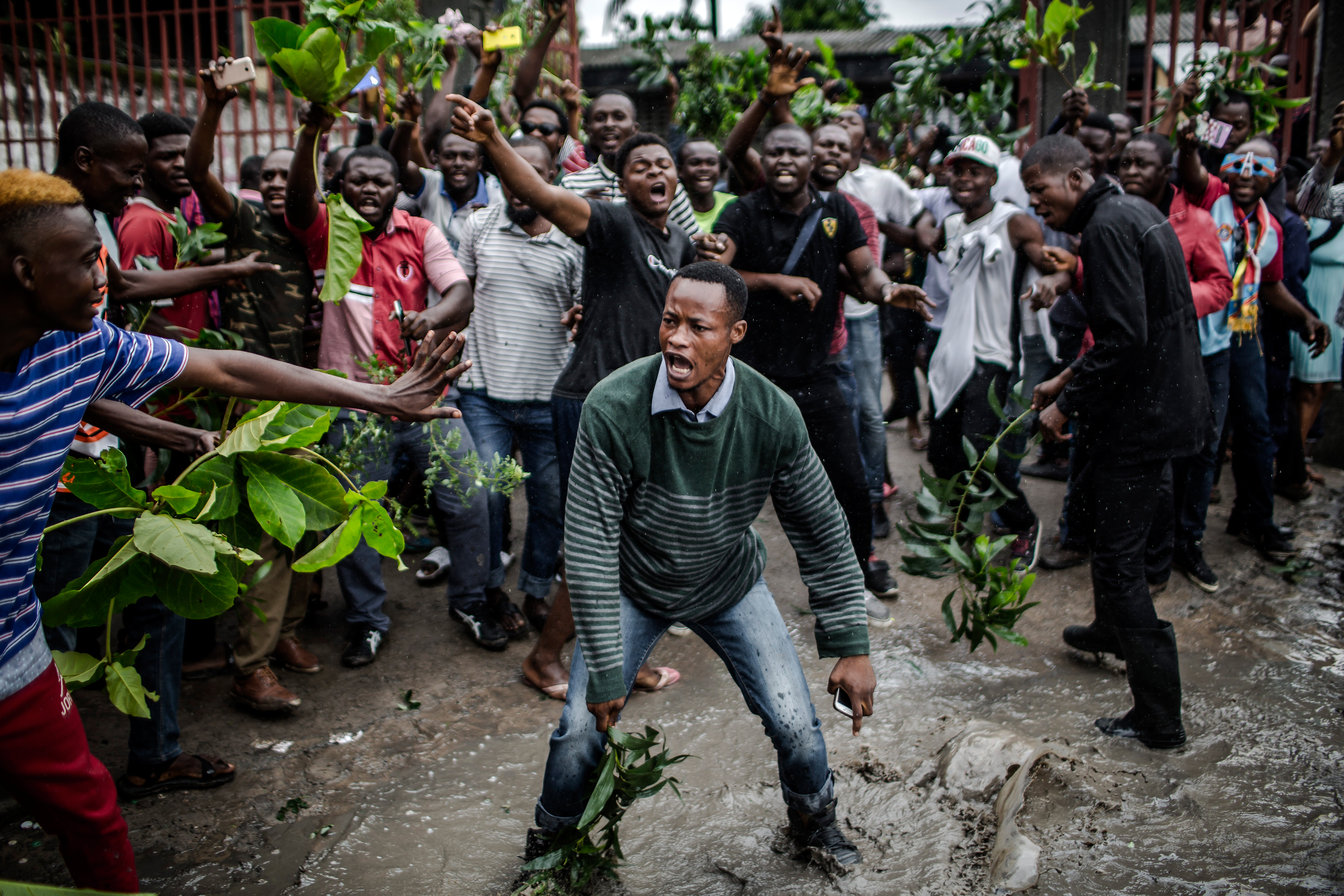 Voters in the Democratic Republic of Congo went to the polls on December 30, 2018 in elections that will shape the future of their vast, troubled country, amid fears that violence could overshadow the ballot.

Internet operator Global told AFP on Monday that web access had been cut for an indefinite period on government orders.

Several residents in the capital Kinshasa tried their luck at large hotels, where some internet could still be accessed.

Others headed to street markets to buy credit for services in the neighbouring Republic of Congo.

Radio France Internationale said its broadcasts had been jammed since Monday evening. The station has carried extensive coverage of the election in the francophone country.

"We request that the government refrains from blocking means of communication, in particular access to the internet and the media," said the statement.

They also backed a request by the country's two main election monitors -- the National Episcopal Electoral Conference of Congo (CENCO) and SYMOCEL, an alliance of citizens' observer missions -- to get access to vote counting centres.

A CENCO representative told AFP that observers had been refused access to voting centres in two provinces -- Lomami and Sankuru.

However the National Independent Electoral Commission (CENI) said Tuesday that counting at all 179 local centres were "continuing normally".

The CENI also said it would file complaints about "vandalism" at several spots overnight, without giving further details.

There are three front-runners among the 21 presidential candidates.

Pre-vote opinion polls indicated that Fayulu, a little-known legislator and former oil executive until a coalition of opposition parties chose him as its candidate, was the favourite.