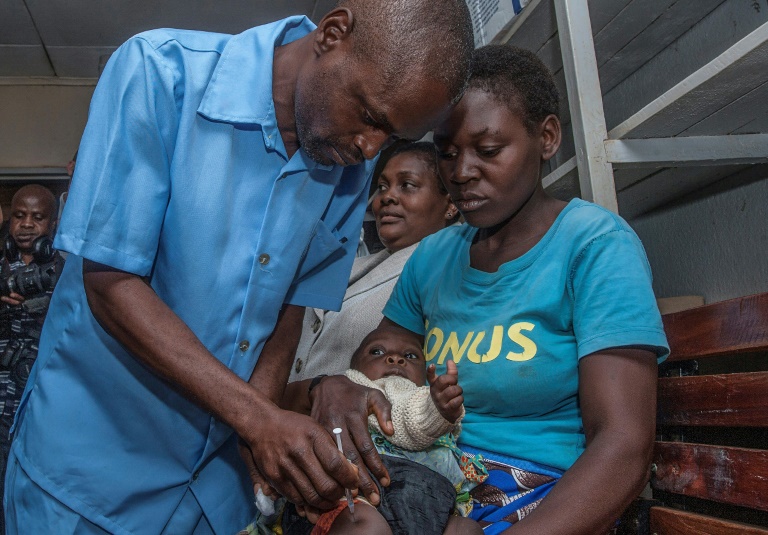 There are an estimated 229 million cases of malaria worldwide, according to the World Health Organisation. AFP/Amos Gumulira

PARIS - Researchers reported the first clinical evidence that drug-resistant mutations of the parasite responsible for malaria are gaining ground in Africa.

Experts have long worried about the emergence of drug resistance across the continent, which accounted for more than 90 percent of malaria deaths worldwide in 2019.

A new study published in The Lancet appears to confirm those fears.

In clinical trials, the disease lingered longer in children receiving standard treatment for malaria if they were infected with mutant strains of the disease, the study found.

READ: Why it's vital to look beyond the hype about repurposed malaria drugs

The efficacy of Artemisinin-based combination therapies (ACTs) remained high, but the researchers said there was an "urgent need" for more monitoring in Rwanda, where the study was conducted, as well as in neighbouring countries.

There are an estimated 229 million cases of malaria worldwide, according to the World Health Organisation (WHO).

Malaria is caused by the Plasmodium falciparum parasite, which is carried by females mosquitos from any of several dozen species in the genus Anopheles. 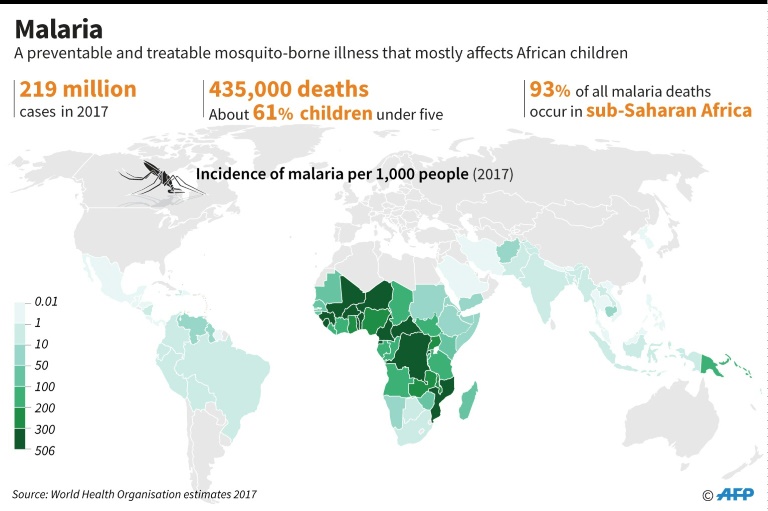 "Our study shows that resistant isolates are starting to become more common," said lead author Aline Uwimana, a researcher at the Rwanda Biomedical Centre in Kigali.

Introduced in the early 2000s, ACTs are the most effective and widely used treatments for malaria.

The medication combines an artemisinin component that clears most of the pathogens from the patient's body within three days and a long-acting partner drug that gets rid of the remaining parasites.

Resistance to the artemisinin component is suspected if P. falciparum is still present after Day Three of treatment.

Currently, ten mutations in one of the parasite's genes, known as pfk13, have been confirmed as markers of partial resistance, and several others are tagged as potential markers.

Partial artemisinin resistance was first identified in Cambodia in 2008, and is today well-documented in many Southeast Asian countries.

Evidence from the Mekong region has shown that once artemisinin resistance becomes prevalent, resistance to the partner drug often follows, resulting in ACT treatment failure.

READ: Why malaria treatment shouldn't take a back seat to COVID-19

In 2006, Rwanda introduced the most widely used antimalarial as the first-line treatment for the disease.

A study in 2013 and 2014 showed some mutations, but no evidence that the drug combo was less effective.

Follow-up research in 2018, however, showed for the first time mutations in the pfk13 gene and so-called delayed parasite clearance in patients, though ACT effectiveness remained above the critical threshold of 90 percent.

In the trial, more than 200 children six months to five years old infected by the parasite received three-day standard treatment and were then monitored for 28 days.

"Recent data suggest that we are on the verge of clinically meaningful artemisinin resistance in Africa," Philip Rosenthal, a professor at the University of California in San Francisco, wrote in a comment, also in The Lancet.

Loss of efficacy of key ACTs "may have dire consequences, as occurred when chloroquine resistance led to enormous increases in malaria deaths in the late twentieth century," he said.