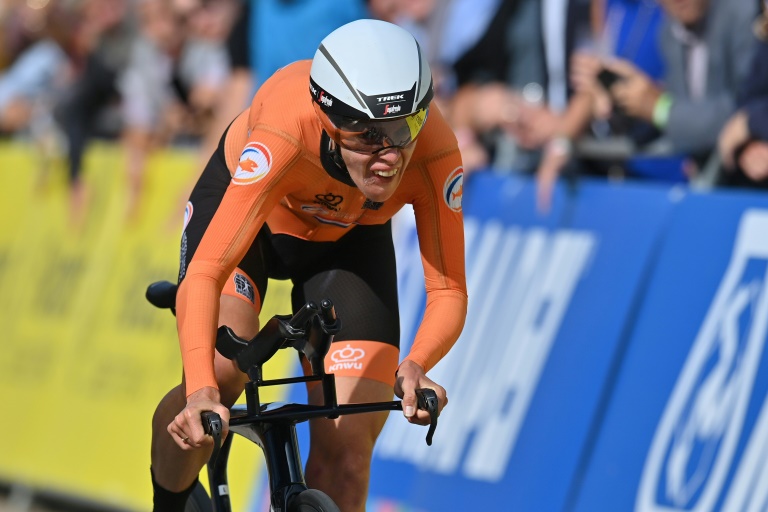 The 34-year-old Van Dijk was 10 seconds faster than Switzerland's Reusser, who was also runner-up in the Olympic event in July, and 24sec ahead of her compatriot van Vleuten, who won in Tokyo.

Van Dijk went down the ramp over an hour before her key rivals and had a "quite horrible" nervous wait in the leader's hot seat.

"I didn't expect to feel so emotional, but it has been so long (waiting) to get the world title back," said the champion, holding her hand to her heart and fighting back tears.

"Marlen was so strong and was faster than me at first, but when she lost time near the end, I couldn't quite believe it, it's been a dream so long."

Van Dijk last won this world title in 2013 in Florence.