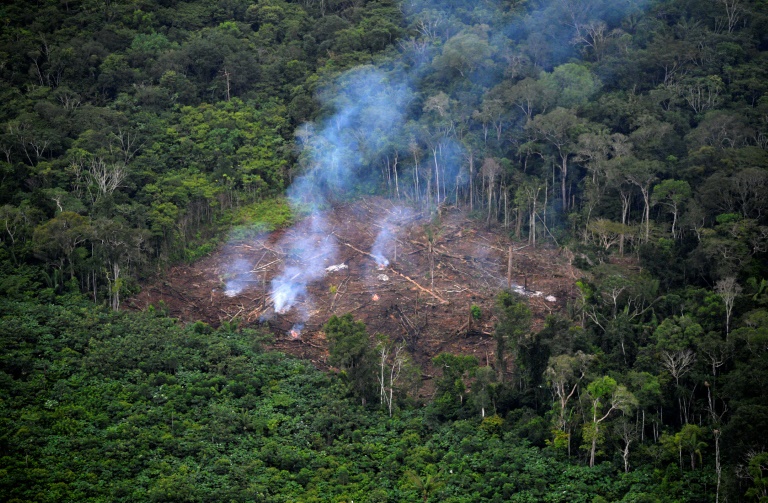 The researchers said that governments had consistently failed to address the root cause of climate change: "the overexploitation of the Earth"

The researchers, part of a group of more than 14,000 scientists who have signed on to an initiative declaring a worldwide climate emergency, said that governments had consistently failed to address the root cause of climate change: "the overexploitation of the Earth".

Since a similar assessment in 2019, they noted an "unprecedented surge" in climate-related disasters, including flooding in South America and Southeast Asia, record-shattering heatwaves and wildfires in Australia and the US, and devastating cyclones in Africa and South Asia. 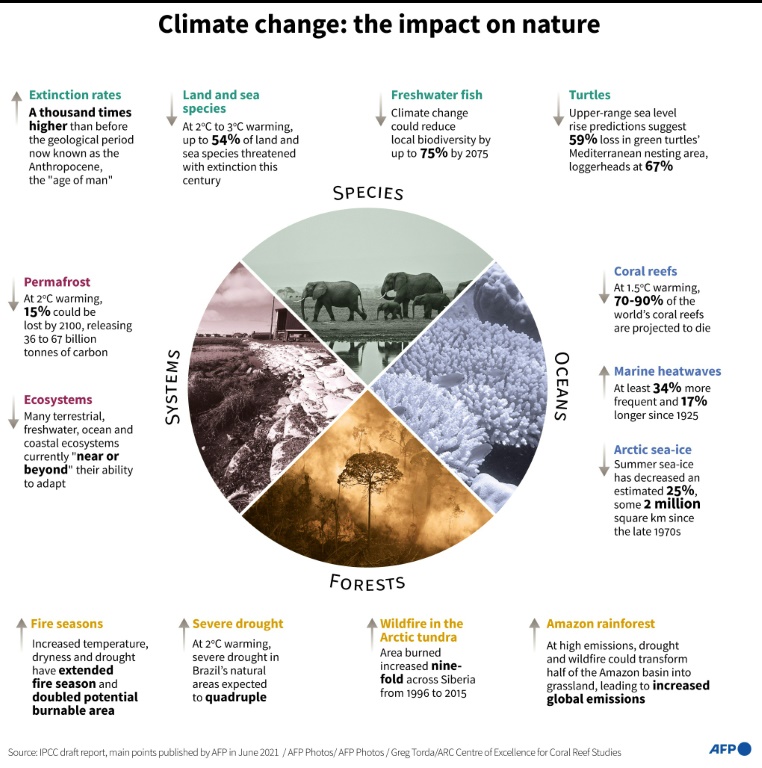 Highlights of a landmark Intergovernmental Panel on Climate Change (IPCC) draft report on the effects of a warming planet on nature.

For example, despite a dip in pollution linked to the pandemic, levels of atmospheric CO2 and methane hit all-time highs in 2021.

Greenland and Antarctica both recently showed all-time low levels of ice mass, and glaciers are melting 31 percent faster than they did just 15 years ago, the authors said.

Both ocean heat and global sea levels set new records since 2019, and the annual loss rate of the Brazilian Amazon reached a 12-year high in 2020.

Echoing previous research, they said that forest degradation linked to fire, drought and logging was causing parts of the Brazilian Amazon to now act as a source of carbon, rather than absorb the gas from the atmosphere.

Livestock such as cows and sheep are now at record levels, numbering more than four billion and with a mass exceeding that of all humans and wild land mammals combined, they said.

Tim Lenton, director of the University of Exeter's Global Systems Institute and study co-author, said the recent record-breaking heatwave in the Western United States and Canada showed that the climate had already begun to "behave in shocking, unexpected ways".

"We need to respond to the evidence that we are hitting climate tipping points with equally urgent action to decarbonise the global economy and start restoring instead of destroying nature," he said.

'Address the root cause'

The researchers said there was "mounting evidence that we are nearing or have already crossed" a number of climate tipping points.

These include melting of the Greenland and West Antarctic ice sheets, which may now be irreversible on a centuries-long time scale, regardless of how or if humankind slashes its emissions. 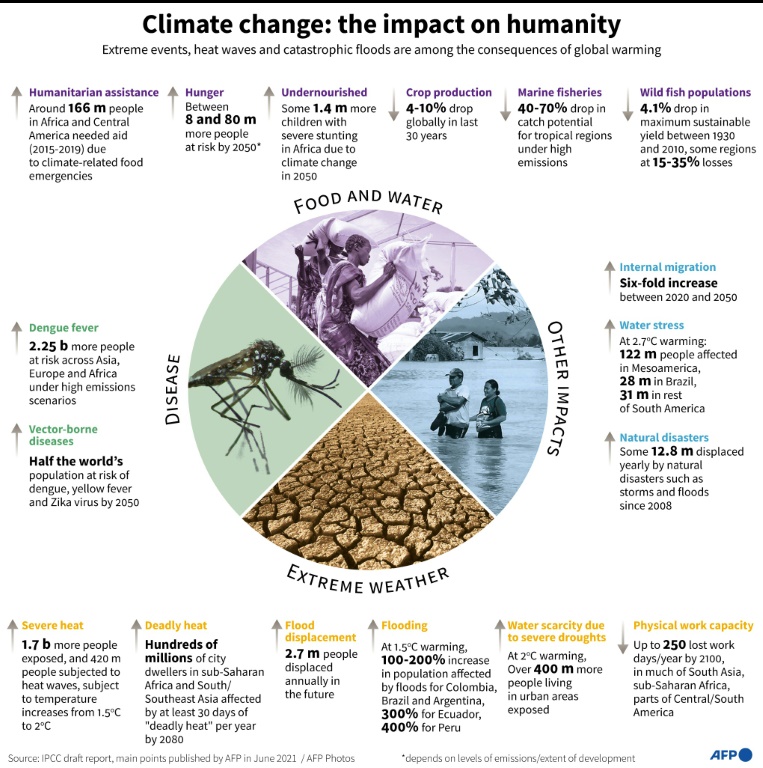 Highlights of a landmark Intergovernmental Panel on Climate Change (IPCC) draft report on the effects of a warming planet on people.

They said increasing ocean deoxygenation and warming waters were threatening warm-water coral reefs, upon which half a billion people rely for food, income and storm protection.

"Given these alarming developments, we need short, frequent, and easily accessible updates on the climate emergency," said the study, published in the journal BioScience.

They also called for climate change education to be included in school core curriculums globally in order to raise awareness.

In the immediate term, they proposed a trio of emergency responses to the climate emergency.

These consisted of "a significant carbon price", a global phase-out and ban of fossil fuels, and the development of strategic climate reserves such as restoring and maintaining carbon sinks and biodiversity hotspots.

"We need to stop treating the climate emergency as a stand-alone issue -– global heating is not the sole symptom of our stressed Earth system," said William Ripple, distinguished professor of ecology at Oregon State University's College of Forestry.

"Policies to combat the climate crisis or any other symptoms should address their root cause: human overexploitation of the planet."