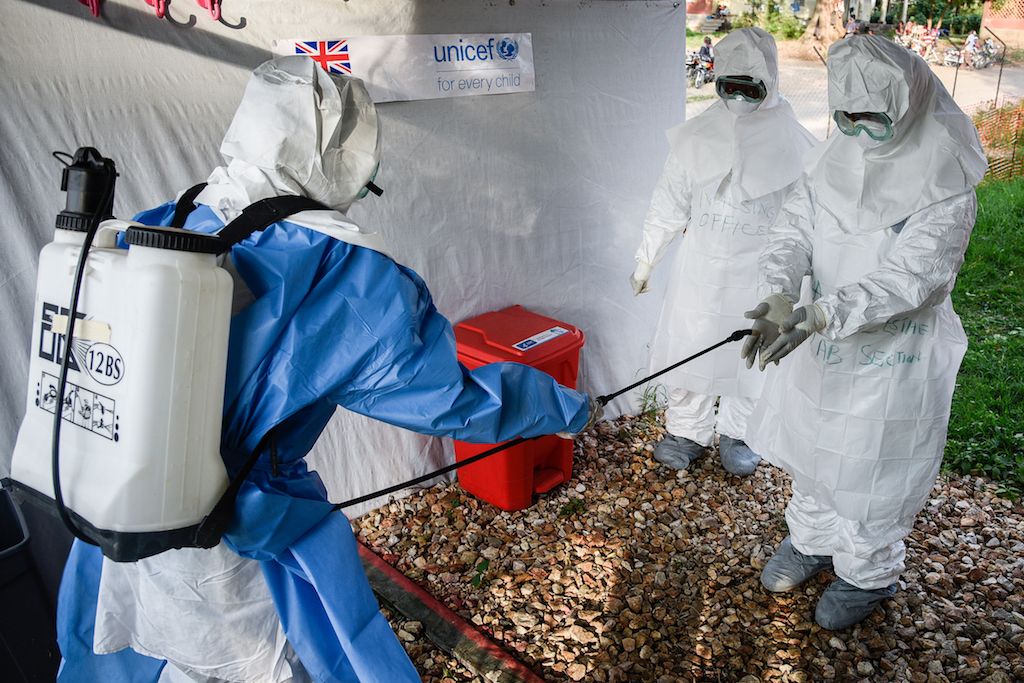 KINSHASA - DR Congo's health ministry said it had recorded more than 2,000 cases of Ebola, two-thirds of which had been fatal, since the disease broke out in the country's east 10 months ago.

"Since the start of the epidemic, the total number of cases stands at 2,008, of which 1,914 have been confirmed [by lab test] while 94 are probable," it said in an update issued late Monday.

The ministry said it was important to retain the overall perspective, despite the breaching of the symbolic threshold of 2,000 cases.

"In recent weeks, the trend has been positive, although vigilance is still necessary," it said.

There have been fewer attacks on Ebola teams by armed groups, which means health workers have "recovered some of the lost time to contain the spread of the epidemic," it said.

The epidemic was first declared in North Kivu province on August 1 and then spread to neighbouring Ituri, although there have not been any cases in neighbouring countries.

Oxfam's director for the DRC, Corinne N'Daw, said "it is clear the current response to tackle Ebola isn’t working. No matter how effective treatment is, if people don’t trust or understand it, they will not use it."

She added: "Our teams are still meeting people on a daily basis who don’t believe Ebola is real... many cases are going unnoticed because people with symptoms have been avoiding treatment."

"Worryingly, the number of Ebola cases has increased significantly in recent weeks to between 15-20 new cases per day," it said in a press release.

It called for a "reset" of the response, combining scaled-up aid with a greater role for local people in carrying it out.

Efforts to tackle the crisis have been hampered both by militia attacks on treatment centres and by the hostility of some local people to the medical teams.

Five workers have been killed, according to an AFP tally, and important preventative work, such as vaccination programmes and burials of Ebola victims, has been delayed, said N'Daw.

The outbreak is the 10th in Democratic Republic of Congo since the disease was identified in 1976.

It is the worst on record after an epidemic that struck three African countries between 2014-2016, leaving more than 11,300 people dead.

On May 23, the World Health Organization (WHO) appointed David Gressly, serving as the UN's deputy special representative in DR Congo, to coordinate the global response to the epidemic.