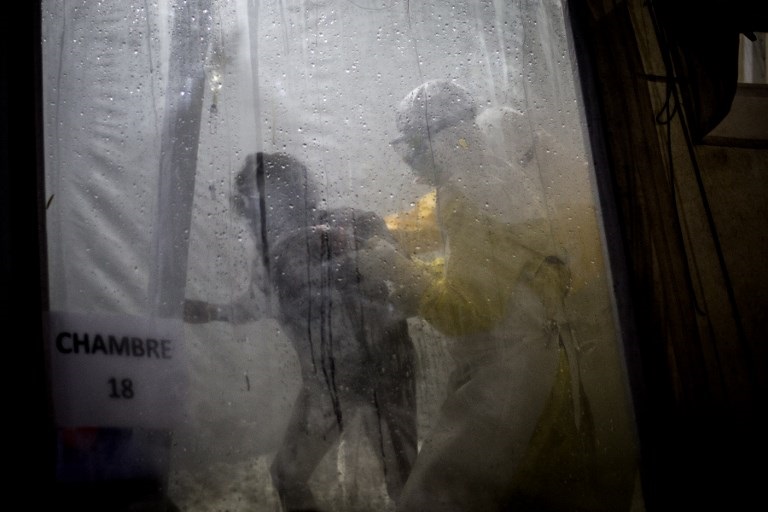 GENEVA - Efforts to curb the Democratic Republic of Congo's worst Ebola outbreak are stumbling, medical charity MSF warned on Thursday, blaming the role of the security forces in the response and their "toxic" relations with local communities.

Seven months into the outbreak, "the Ebola response is failing to bring the epidemic under control," Doctors Without Borders (MSF) said in a statement.

It highlighted that more than 40% of deaths are occurring in communities rather than in Ebola treatment centres.

"That means that we have not reached them and they have not sought our care," MSF chief Joanne Liu told reporters in Geneva.

The outbreak emerged in North Kivu last August and then spread to neighbouring Ituri province.

It has claimed 561 lives out of 894 recorded cases, according to the latest DRC health ministry figures.

Security in eastern DRC, a region rampant with rebel fighters, has complicated the response.

Liu warned that growing reliance on the security services to bring people to treatment centres was spurring hostility.

"The existing atmosphere can only be described as toxic," she said, adding that this "shows how the response has failed to listen and act on the needs of those most affected."

Her comments came after MSF suspended its activities at two treatment centres in North Kivu after the sites were attacked.

READ: 19 die in DRC of Ebola in five days

"Ebola responders are increasingly seen as the enemy," Liu said.

In the past month alone, she said, there had been more than 30 attacks and incidents involving elements of the Ebola response.

An attack by gunmen on one of the centres last week in Butembo forced its temporary closure, but the health ministry said Monday that the centre would reopen.

It also said repairs would begin on the centre in Katwa, North Kivu, which was set ablaze on the night of February 24.

MSF, which is active across DRC, is considering whether to resume activities in the two areas, but is intent on avoiding the use of security personnel on site or in rounding up patients, Liu said.

"Some local health staff have told us that they live in fear of being associated with the response," she said, stressing that "the use of coercion adds fuel to this."

"Using police to force people into complying with health measures is not only unethical. It is totally counterproductive," she said.

"The effectiveness of this Ebola response will rest on whether or not it is viewed as legitimate and trustworthy."

While nearly half of all deaths in the outbreak are happening away from treatment centres, another alarm bell is the fact that more than one third of new cases are occurring outside of known transmission chains.

This "means we don't know how they got it," Lieu said.

The ongoing Ebola outbreak is the 10th in DRC's history and the second largest ever recorded worldwide.