Ebola virus in survivors can trigger outbreaks years after infection 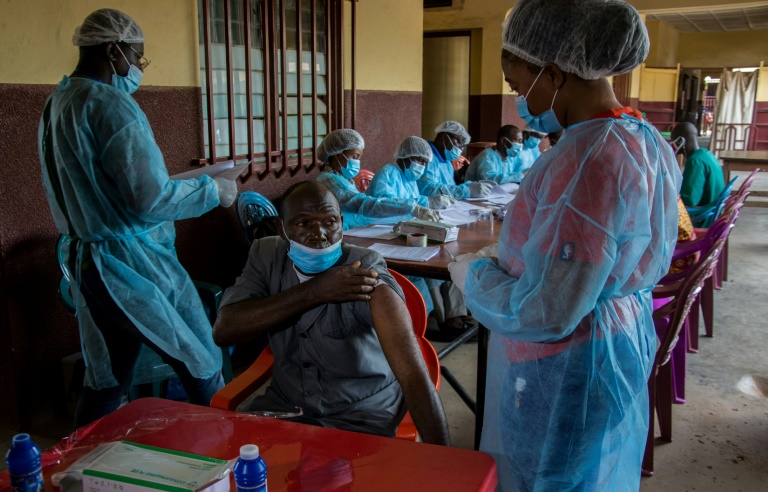 TOKYO - Ebola survivors can relapse and trigger outbreaks at least five years after infection, and long-term follow-up of former patients is needed to prevent devastating flare-ups, according to new research.

Scientists already knew Ebola could lie dormant in survivors, who test negative because the virus is in tissue rather than circulating in the blood.

But analysis of an outbreak this year in Guinea, published Wednesday in the journal Nature, found these "virus reservoirs" appear able to awaken and cause new infections and transmission years on.

To trace the source of the Guinea outbreak, which involved 16 confirmed cases, 12 of whom died, researchers analysed the genomes of samples from several patients.

Ebola outbreaks are usually thought to result from the virus "spilling" from an animal host to a human.

But the analysis showed the Guinea strain was virtually identical to that from a 2013-16 wave.

If the virus had been circulating actively in the community since then, it would have accumulated a certain number of mutations as it spread.

Instead, the 2021 virus had just 12 changes, "far fewer than would be expected... during six years of sustained human-to-human transmission".

That strongly suggests the source was a reactivated virus that had lain dormant in a survivor, said Alpha Keita, a researcher at the University of Montpellier who led the study.

"This is the longest known time between the declared end of an epidemic and a viral resurgence," he told AFP.

"It's a new paradigm: the possibility that transmission from an individual infected during a previous epidemic could be the source of a new outbreak."

How and why a dormant Ebola virus suddenly awakens and sickens a person remains something of a mystery, though there are some tantalising clues.

Sometimes a spike in Ebola antibodies can be detected in survivors at a given time -- a possible sign that the body is responding to a resurgent virus.

Around two-thirds of Ebola survivors have high antibody levels even five years after infection, but "the question to pose is what happens if there's a resurgence in the people whose immunity has dropped", said Keita.

The study's findings have "considerable implications for public health and care of survivors of Ebola", said Robert F. Garry of Tulane University's School of Medicine. 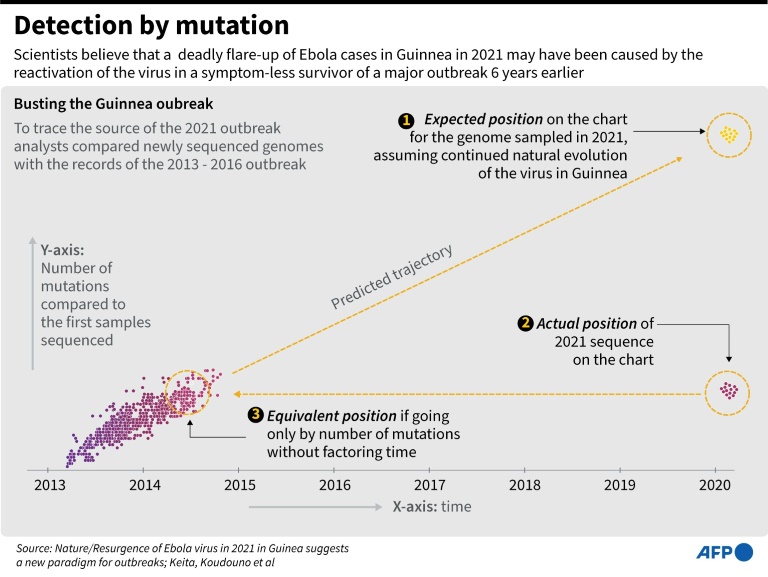 "Humans can now be added to the list of intermediate hosts that can serve as long-term Ebola virus 'reservoirs' and trigger new outbreaks," he wrote in a review commissioned by Nature.

There is a need to prioritise healthcare workers for vaccination and monitor Ebola survivors for signs of a flare-up, he added.

Keita said a broader definition of "Ebola survivor" is now needed, beyond those who battled through symptoms.

Even asymptomatic individuals "could be the starting point" for an outbreak, he warned.

"We need a real, long-term follow-up protocol... so we can catch resurgence in previously infected people in time."

He cautioned though that follow-up must be done cautiously to avoid ostracisation of survivors, a point echoed by Trudie Lang, director of Oxford University's Global Health Network.

"These people are considered heroes by some for surviving," she said.

"Yet (they) could also be stigmatised and excluded if there is a fear of these individuals presenting a risk."

Lang, who was not involved in the study, said it offered "impressive new findings".

The study illustrates "what we still do not understand, but really need to learn, if we are to tackle these dangerous threats," she added.

Going forward, Keita wants to see work on what causes viral resurgence and research on eradicating Ebola reservoirs in survivors.

"We have to consider Ebola as a global problem," he said.

"Each individual exposed to the virus who had a strong serological (antibody) response could be the starting point for a new resurgence."