EFF says it's being made to take blame in Sanef matter

The EFF is delivering closing arguments in Sanef's case against it at the Equality Court. Courtesy #DStv403

JOHANNESBURG - The EFF has argued that silencing the party serves no one.

The Equality Court is hearing a matter between the EFF and the South African National Editors’ Forum.

Sanef and five journalists are accusing the party of encouraging an environment of harassment and intimidation but the EFF's maintaining it only speaks out against biased journalists.

The EFF claims the party is being made to take the fall for others.

The party says Sanef should rather be targetting the unidentified individuals behind the attacks on journalists.

The Red Berets' lawyers have argued that even though some of the tweets from EFF leaders might be insulting, it doesn't constitute hate speech.

They say the law must be tolerant of robust speech and this means, they argue, the EFF is entitled to pointing out certain journalists as part of what they call the "Ramaphosa Defence Force."

Throughout its arguments, the EFF has insisted it's against violence and online abuse.

But in its reply, Sanef said the party's leadership should have spoken up but instead enabled the toxic situations.

The court's also heard journalists don't currently enjoy special protection based on their occupation, which Sanef argues they should.

Judgment has been reserved. 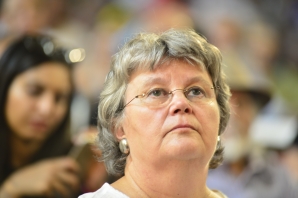